Chevrolet has announced that the new 2016 Camaro will be unveiled on May 16 in Detroit, offering both a teaser of the brand new badge that will adorn it and the engine sound it will produce. 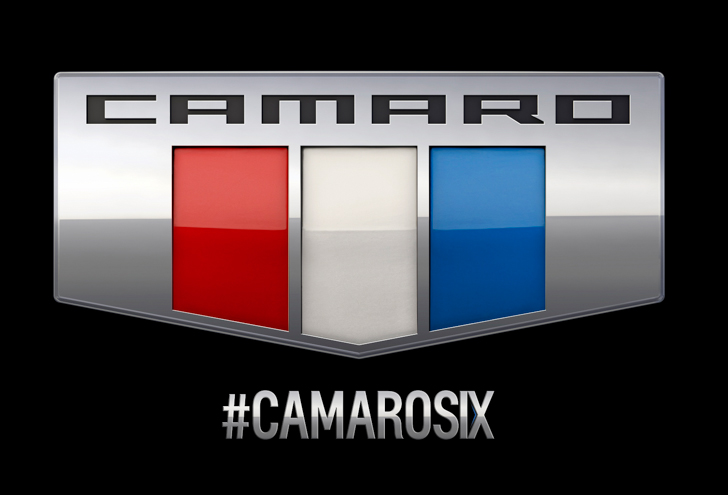 The teaser comes just a few days after Chevrolet hid a sneak preview of #CamaroSix in a trailer celebrating the sale of 500,000 fifth generation Camaros in the United States alone. Decked in camouflage paint, the new model marks only the sixth time the iconic muscle car has been re-designed since the model line’s debut in 1967. This includes an eight-year hiatus of the Camaro name before production of the 5th gen model began in 2010.

Few details has been revealed about Chevy’s brand new muscle car, though speculation suggests the newboy will be lighter, longer and will boast the same chassis as sister company Cadillac’s ATS (and crankandpiston.com knows firsthand just how impressive that is). Engine options could include 2-litre turbo V6 and 6.2-litre V8 options already found on the fifth generation, though whether Chevrolet follows main rival Ford’s approach – namely the 2.3-litre EcoBoost now found on the new Mustang – remains to be seen.

#CamaroSix will be unveiled on the 982-acre Belle Isle Park just a week before the Chevrolet Detroit Belle Isle Grand Prix IndyCar race.

Previous ArticleMobil 1. What (perhaps) you didn’t know…
Next Article Ferrari 458 Speciale. A spot of shopping. Journals