VIDEO. Behind the wheel of the 918 Spyder

Porsche unleashes the 918 Spyder for a 1m 38.02s lap around the Phillip Island Grand Prix Circuit in Australia. 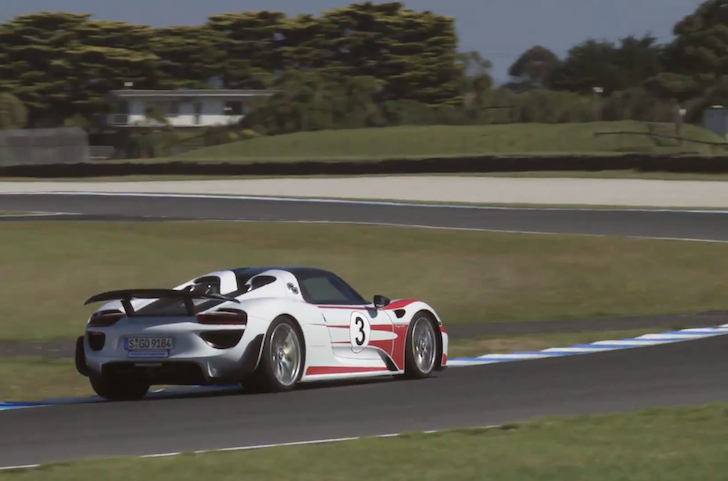 Just in case you haven’t had your fill of 918 Syder videos, Porsche has dropped a brand new one from the driver’s perspective.

Regular readers will presumably have seen Chris Harris’ drive, a three-way drag race with a McLaren P1 and a Ducati 1199 Superlegerra, crankandpiston’s coverage from the international launch event, and our own behind the scenes snaps of Stuttgart’s hybrid supercar in Dubai. You’ll no doubt be up to speed therefore with the 887bhp power output, the 4.6-litre V8 (with twin electric motors), and the 2.6sec 0-100kph time. So let’s gloss over that. And if you need a little context, the below 1m 38.02s lap was filmed at the Phillip Island Grand Prix Circuit in Australia.

The new video arrives shortly after the unveil of the brand new Boxster Spyder at the New York Motor Show. Expect another Porsche video along soon…