Ever fancied experiencing the feeling of riding alongside Honda World Touring Car stars Tiago Monteiro and Gabriele Tarquini? Well now you can, apparently. 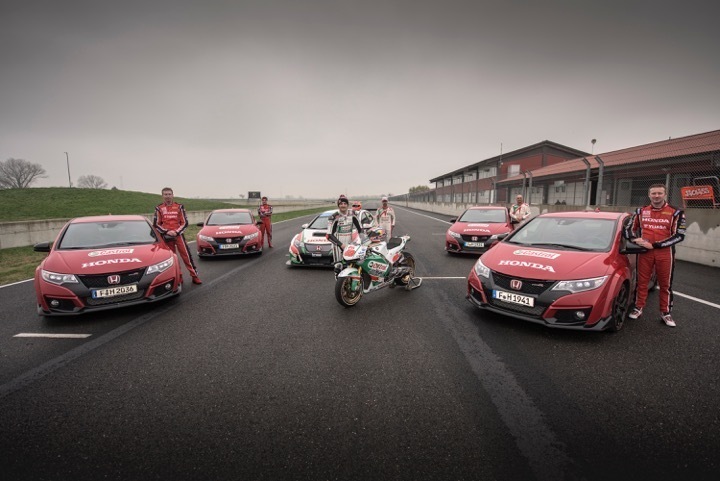 Using a filming technique that captures the action in 360 degrees, you can ride shotgun alongside Gabriele in his Civic Type R, and Tiago in his Castrol Honda Civic Touring Car, as they power around the Italy’s Circuito Tazio Nuvolari, joined by British Touring cars stars Gordon Shedden, Matt Neal, and Jack Clarke in a quartet of gleaming Type Rs, as well as 2015 LCR Honda MotoGP star Jack Miller on his Honda RC213V.