It’s time for our long term Toyota Land Cruiser Prado to leave us.

Dubai in particular has an abundance of LCPs. So much so that – on more than one occasion – I have even struggled to open the doors of the Prado with the key fob until, after a bit of head scratching, I have realised that it wasn’t our Prado but an identical white Prado parked a few spaces away. After the first few times that happened I made sure I memorized ‘O 67995’ to save further embarrassment.

The success of the Prado is obvious enough. It is capable of carrying a family of seven or five adults and a lot of luggage. Its size gives it a presence deterring other road users from invading your space but, even fully loaded-up, the four-litre V6 never struggles or feels strained. All-round visibility – the key to road safety – is faultless and is helped by the high seating position which is also comfortable. It isn’t concerned much with speed bumps and is as competent off-road as it is on the highway.  And so the list goes on…

Even a quick roadside chat with a couple of Dubai’s finest Police Officers revealed that the Prado is the favoured vehicle. While the fancy supercars are rolled-out for publicity stunts, the workhorse of choice for the force is the Prado as it “is a comfortable work environment to sit in all day, practical and can go anywhere, on or off-road”. I have to admit that I agree with them and it’s not just because they were carrying firearms.

Despite the Prado being able to give the hardcore FJ Cruiser a run for its money off-road, the FJ’s rugged styling probably succeeds in deterring as many buyers as it encourages. And that surely is another key to Prado popularity. The Prado is a supremely capable, comfortable, practical and adaptable SUV in inoffensive packaging which is something Toyota is very good at. And we’ll miss the Prado. 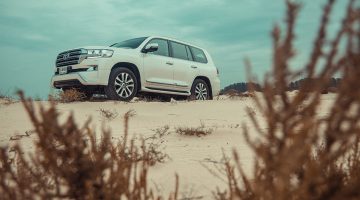 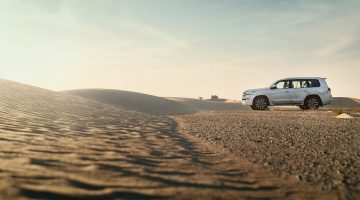