What’s it like owning a Lotus in the UAE? We speak to four owners to find out. 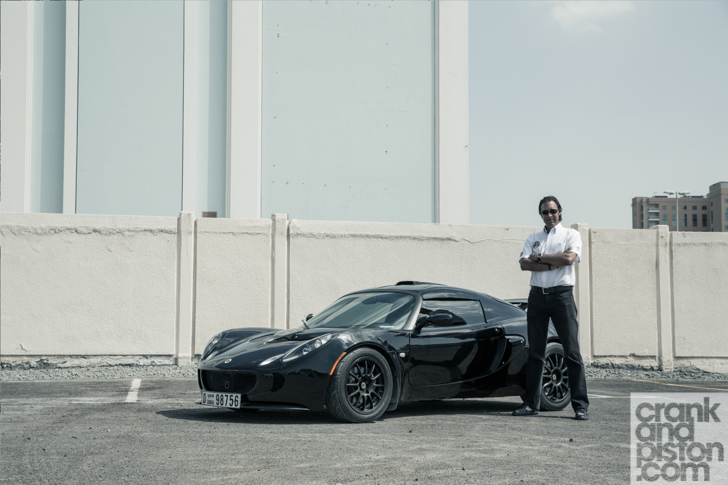 Following the news that Lotus is finally opening a UAE dealership, and our drive in the flagship Evora S, we talk to four UAE Lotus owners about why they love the British sports car, and what future customers can expect.

My time with Lotus dates back to 1999 when I went to a race school in the UK. They had different cars for different experiences and one was the Series 1 Exige. I drove that, liked the car a lot and ended up owning one, then moved to the UAE shortly after that. At that time there was no Lotus dealership and there hasn’t been one since, so the brand hasn’t been supported.

Almost two years ago I purchased this car from a friend of mine. I always wanted a Series 2 Exige so I was fortunate to find this one already here. I come from a karting background, and the Exige has a very similar feel to that; the grip and the handling. It was the handling that was my main attraction rather than the outright performance.

I own other cars as well but the Exige is a completely different experience. It’s a modern supercar and I find it very comfortable and easy car to drive, but it’s also very rare here in the UAE, you’re not going to see many of them on the road. People have no idea what it is, I get a lot of comments and business cards left on the door. It makes a good addition to the other cars that I have and it’s a lot of fun. It’s just a weekend car, but I really enjoy it. 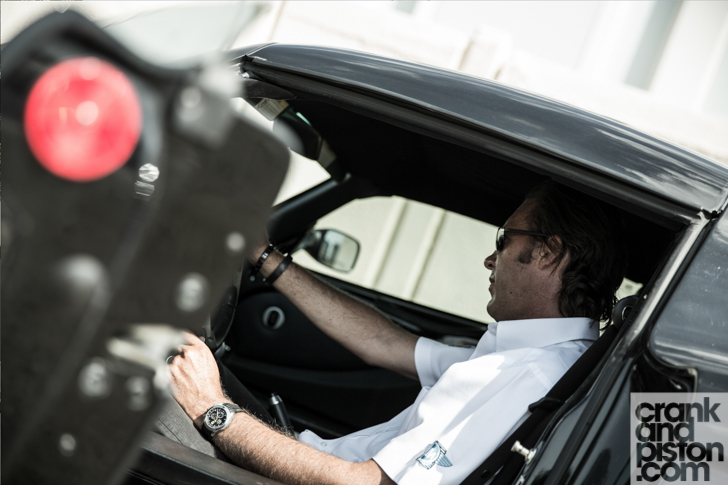 This is an American-spec car sold in the States. They have better cooling, better AC than the UK cars. It was shipped to Dubai a few years ago and then I acquired it. I’ve had no problems with it at all.

It’s not a car for everybody but if you want to enjoy something with dedicated performance that’s focused around the driver, that’s very minimalistic inside. The days of Lotus standing for Lots Of Trouble, Usually Serious are over.

The arrival of the dealership is very encouraging. It’s going to raise awareness of the brand at last – there’s been talk of having the brand here over the last 10 years but it’s never materialised. I was doubtful about buying one because of the lack of dealer support and spares. Having ordered parts from Australia, it’s not actually been much of a problem but it would put a lot of people off.

Lotus is not a mainstream brand but this part of the world does tend to do well with exclusive niche brands. I think it’ll do very well, probably better than other smaller manufacturer brands, but it will take time to gather pace. 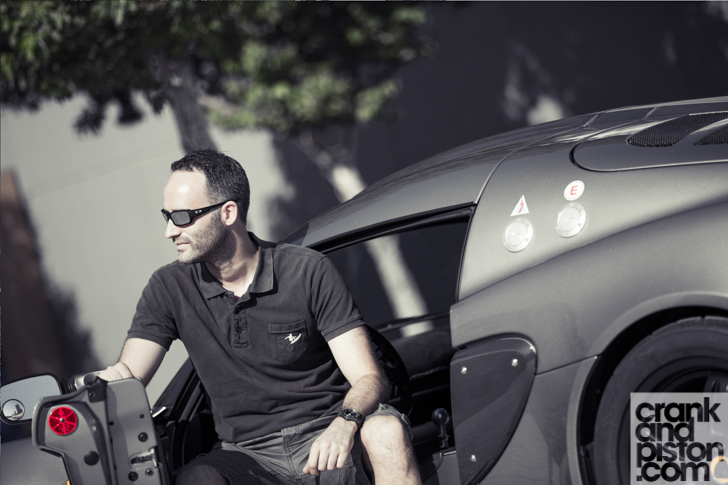 I’ve owned Lotuses since 1999 back in the UK. I started with an S1 Elise, the original, and subsequently got an S2 11R. I sold them when I came to Dubai and found no dealers. Then I saw Ben on the road one day and thought ‘ah, you must be able to get them here’ and started looking. I got together with Lotus owners via the internet and was told about the dealer in Muscat, so I went down there to look at what they had. So I bought this and it was trailered to Dubai.

I just love the philosophy of ‘add lightness’. It doesn’t need a big grunty engine, and it’s all racing-bred stuff. You drive the car and it’s just phenomenal. You might get in something with a massive engine but it doesn’t have the nimbleness, which makes it so exciting to drive. The feedback from the steering and the directional control is such that you can’t get from your M3s or your Audi R8s, which weigh twice as much. This car weighs 900kg. 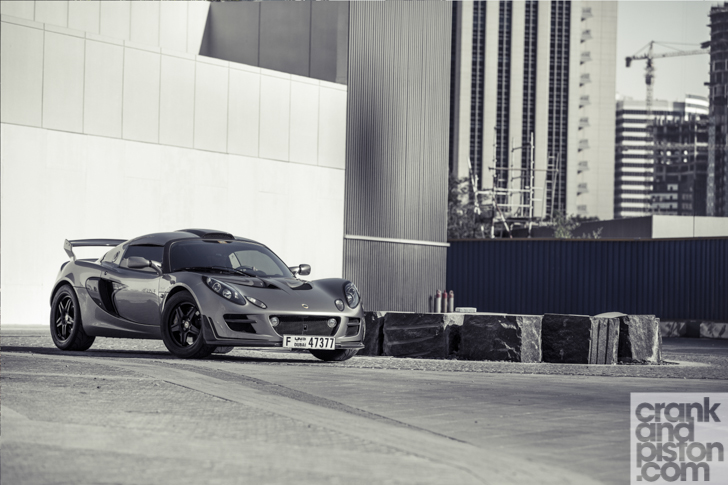 I’ve re-flashed the ECU with a Coldfire tune, put a performance exhaust on it, and new headers. That’s it, nothing serious. I’ve had absolutely no issues with the car at all, which is good as there’s no support for it up until now. I can tinker with it myself, do oil changes and the like. But you’re on your own, no one here knows how to service it. Hopefully when the dealer opens up, that will change.

People don’t know the brand here, so Lotus has a job on its hands to get exposure, that’s their biggest challenge. They need people to see the Evoras they’re selling. And I hope they look after us too.