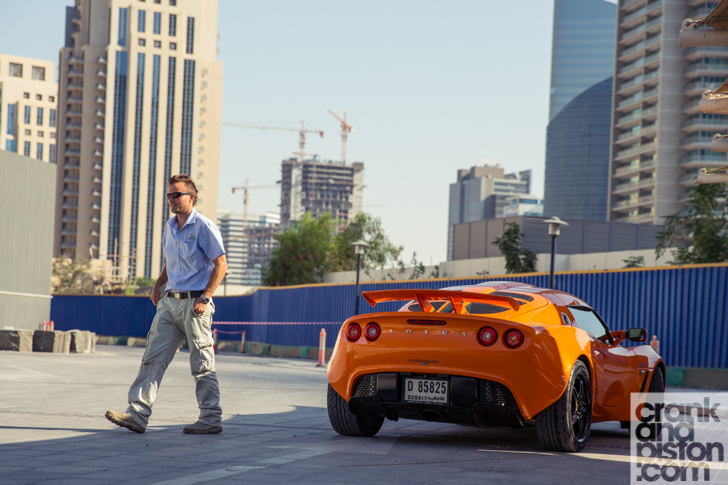 When I was in the UK I saw the S1 Elises but never managed to afford one. Since I moved out here I bought this, which is my first dive into Lotus. I was originally looking at a Z06 but had been dreaming of something like this. It was being sold at Al Awir car market, so I took a bit of a gamble on it. It had 7000km on it and race harnesses, so it had obviously seen a bit of track action in its native Saudi. It’s Gulf spec, but had no service history.

I’ve had it for two-and-a-half years now and have had no major problems with it save for a few squeaks inside the cabin. I’ve always been a lover of acceleration through the corner. I’d always take a car that did 120kph in one second and stopped at that over a car with a huge maximum speed. It’s the looks, that kind of speed, the handling. 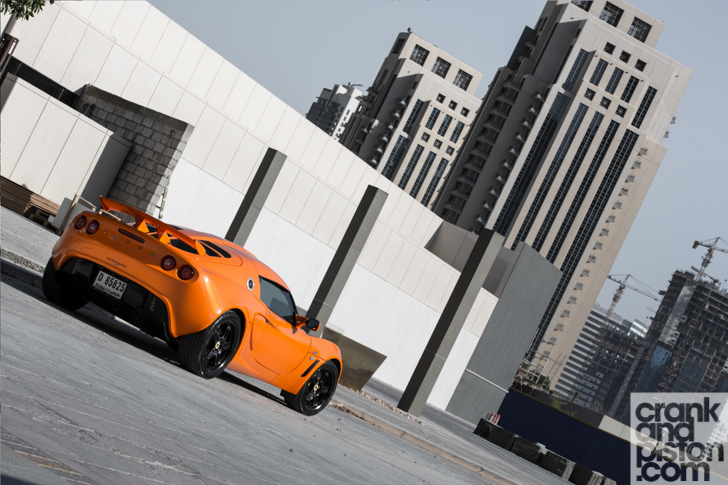 I’m looking forward to seeing other Lotuses on the roads here now that the dealer is here, to extend the community of owners. It should be a market they could quite easily crack. I think people here will get the concept. There’s a good amount of motorsport here and I think word will spread. But having said that, can they compete with their rivals for the price though? It’s a brand new concept to the region really; I was over in Bahrain recently and they had 2009 cars for sale with 0km on the clock, so success is not guaranteed. 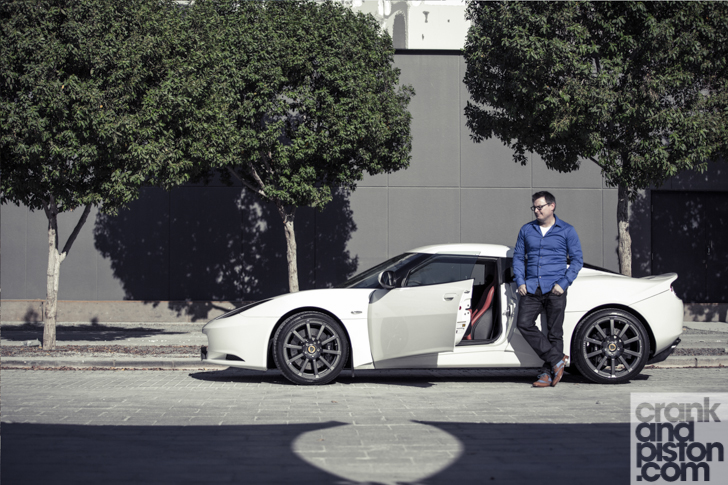 I’ve known about Lotus for a long time, back to the James Bond Esprit, that was my first exposure to it. About two years ago, after being in the UAE for five years, I wanted something different to the sports cars you see so many of here. What could I get that was unique? I saw an Exige in the classified but I can’t function day to day with one of them, as it’s my everyday car. I didn’t know much about the Evora, but then I found one, read the reviews and people were saying it was a daily driver.

It’s a 2010 car but I bought it in 2012; it had been sitting for two years with 30km on the clock. I believe it originally came from Oman because it hadn’t sold there. At the time I didn’t know the Lotus philosophy when I bought the car, although I’ve since learned it. I’m an architect, so I wanted something that functioned, and looked good. To me this was the most amazing combination.

I had no idea what the car could do until we took a road trip up to Khasab, on the amazing road up the coast in Oman. I chased a 911 GT3 and it’s what the Evora is made for. 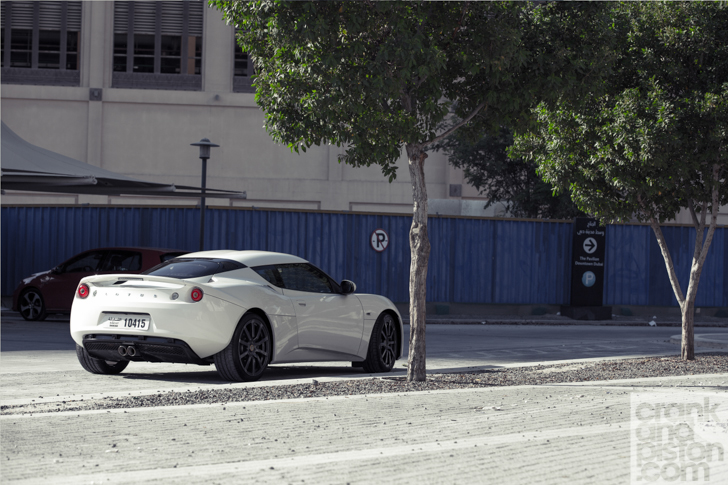 There’s been no support in terms of official servicing, but I thought if I had problems I could afford to fix them. But the Lotus messageboards here have been very helpful, with people that know where to go. The AC is on the fritz, so I’ve already been in touch with the new dealer and am taking it in just after they open.

Having the dealer here will make a huge difference in some ways. You hear about a variety of quality of Lotus facility in the US, where I’m from, but just knowing that they’re here is peace of mind. I also have my eye on the supercharged version, which they didn’t import to Oman, so I’m thinking of trading up.

It’s hard to say how the UAE will take to the Evora. Lotus is a niche brand, which is part of the reason I was attracted to it. I don’t want a Cayman. It’s a great car, but when everyone has one it’s a bit middle of the road. My worry is that Lotus seems to have undersold themselves in a lot of way. The recent uncertainty over ownership has meant marketing has fallen by the wayside. This is an amazing automobile in every way, but nobody really knows about it. That’s the significant issue that they have, they’re going to have to market it. It’s not going to happen on its own. 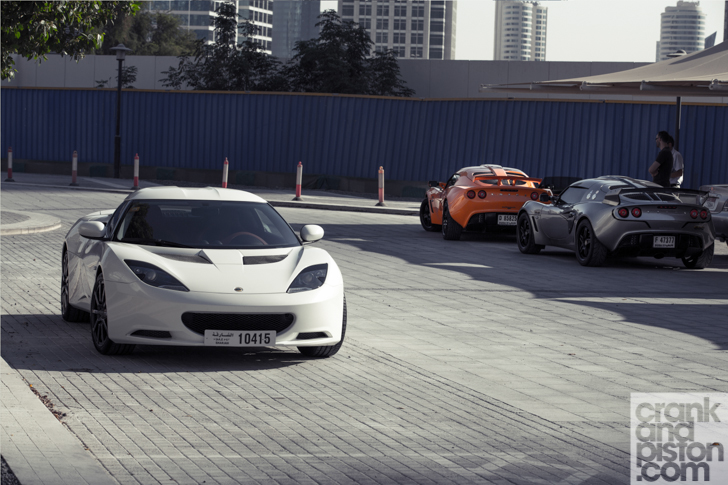