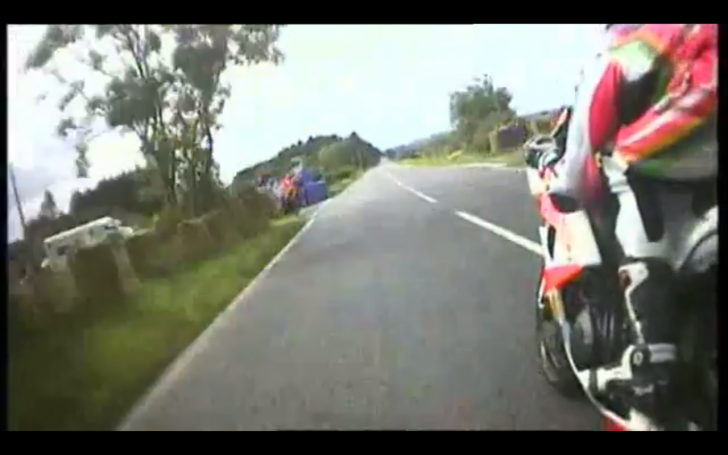 Nah. We reckon it’s motorcycle road racing. That’s racing high powered motorbikes on actual used-every-day roads – the automotive equivalent of a bare knuckle boxing match. Think Isle of Man TT, Northwest 200, or this, the Ulster GP. The men and women that race in these events are either completely idiotic or phenomenally brave, reaching speeds upwards of 300kph while battling each other millimetres from walls, gates, hedges and lamp posts. A slight mistake can, and sadly often does, result in a spectacular and instant death – a British rider, Lee Vernon, died racing on this Dundrod Circuit just three days ago.

Want evidence? Watch the video. Watch brother Michael and William Dunlop battle Keith Amor and Ian Hutchinson through the streets of Northern Ireland, defying fear and the Grim Reaper with skill and determination. The Dunlop brothers’ father Robert and their uncle Joey were both killed during this type of racing. Joey had won the race you’re watching 24 times.

We’re open to evidence that there is a more insane form of motor racing, but for now, this is the one that continually causes our jaws to drop with a mixture of fear and admiration.