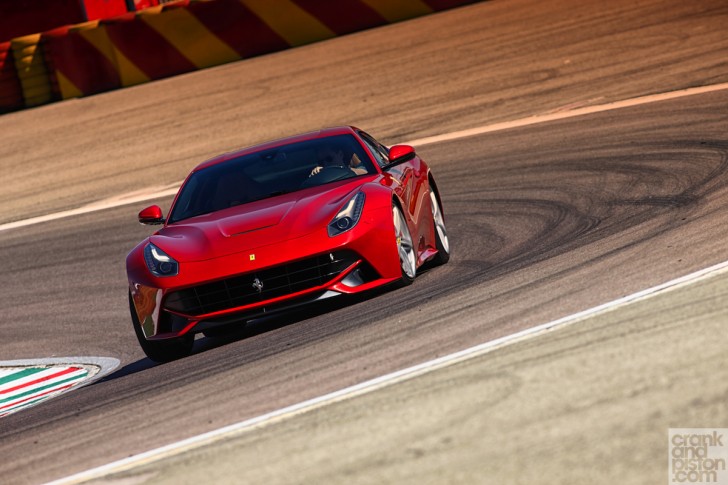 Seven hundred and 30 horsepower. It barely seems five minutes since the prospect of 500bhp was causing jaws to drop and eyes to widen. Well, the Ferrari F12berlinetta takes that and adds the power of a top-end hot hatch on top. Which means this will be a seriously fast car. And we get to drive it. 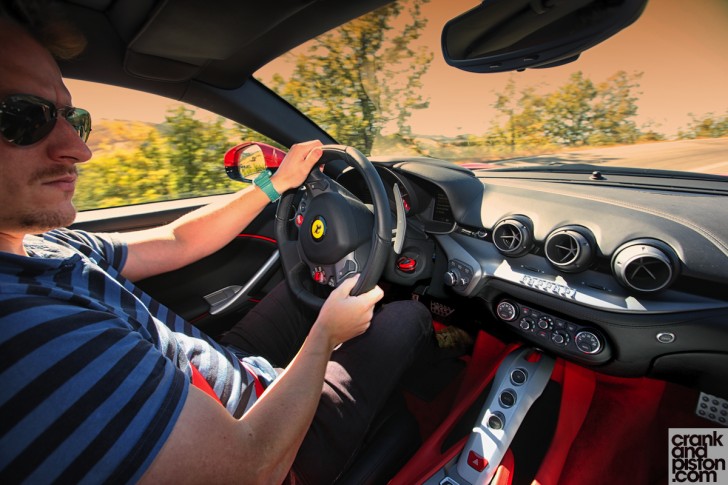 While this is clearly awesome, it’s also a bit daunting. This will be the most powerful production car I’ve ever driven, and as I head to Ferrari HQ at Maranello in Italy for the official launch, I’m desperately hoping that I can tame this ludicrous amount amount of grunt. I’m not a racing driver, and I don’t have the reflexes of a ninja. And I really, really don’t want to bin a car worth the best part of $400,000 through an Italian hedgerow. 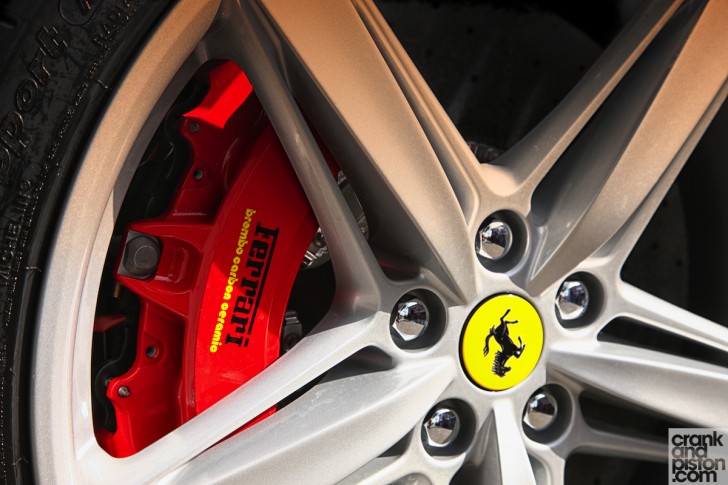 So it’s some comfort to learn, during the product briefing at the famous Fiorano test track, that Ferrari has specifically designed the F12 to be approachable, and usable every day. As the successor to the 599 GTB Fiorano, this is a GT car aimed at the customer that’ll pile the miles on, probably taking long trips and maybe even using it every day. It surely can’t be as daunting as I fear.

But wait. Does that mean it won’t be exciting? Perhaps I should be a bit scared. After all, it’s a Ferrari. And it’s got 730bhp. Having been slightly underwhelmed by the fast but uninvolving FF, now I’m concerned that this could fail to get the heart rate sufficiently high. 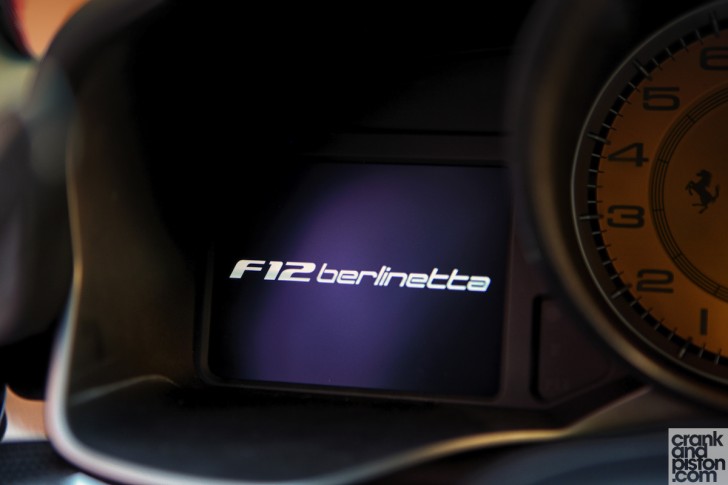 Before I answer that, some tech detail. The F12 is lower, shorter and narrower than the 599 and, thanks to extensive use of aluminium, is also 70kg lighter. Despite that, the interior space is the same. The engine is a 6.3-litre, naturally-aspirated V12 – related to that in the FF – that revs to 8700rpm and sends power to the rear wheels through a seven-speed, dual-clutch F1 gearbox. 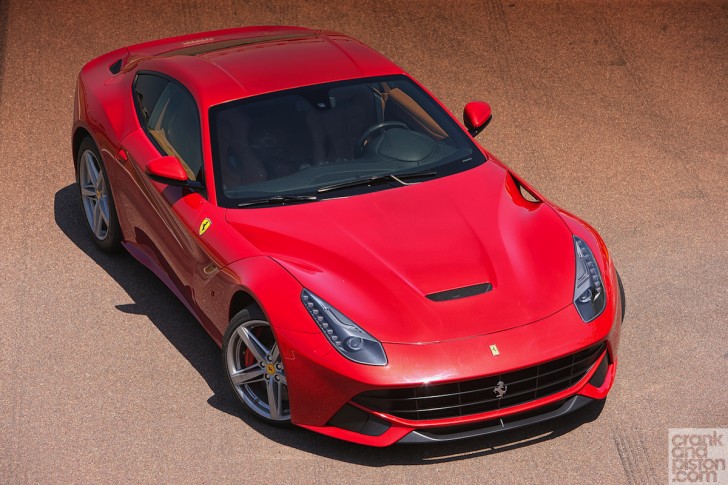 Enough stats. Sat outside Enzo Ferrari‘s personal house in the middle of the Fiorano track are six F12s, and we’ve got the key to one of them. And permission to hoon.

It’s a spicy looking beast, more visually impactful in the raw than in pictures and with some very cool features. The aero bridges on the front wings funnels air from channels on the bonnet down into the flanks to improve downforce and stability and speed, while the rear fog lamps apes that of the Ferrari F1 car. It’s unmistakably Ferrari, but with sharp lines and an aggressive, manic grin on its face, it’s contemporary and outlandish too.

Previous ArticleShot of the Day. But Which One…?
Next Article Audi A3. Six Degrees