NEW ANGLE. Shelby GT500 destroys both the dyno it’s running on and its rear suspension. 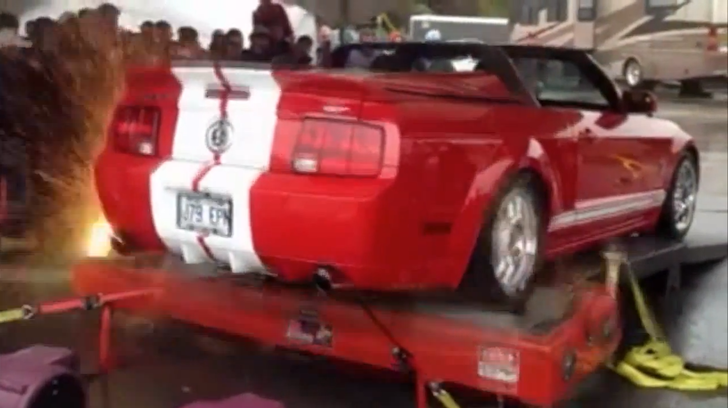 Just shy of a million of you will probably have seen what happens here. In Quebec, a Shelby GT500 – set for a titanic wheel horsepower reading – manages to destroy the dyno on which it’s running. The ensuing chaos sees the crowd running for cover and a rather sheepish driver trying in vain to get the revs down quickly. It’s too late though. The machine and the Shelby’s rear suspension are shot.

You might be wondering what it must have been like for the crowd standing behind the Ford. What did they experience at the point of impact? With a new video that’s just hit the internet, you can now find out for yourself.

And for those of you unsure what we’re talking about, the original video is also included.