Sébastien Loeb becomes the first man to dip below nine minutes after a record-breaking run on the 91st Pikes Peak International Hill Climb. 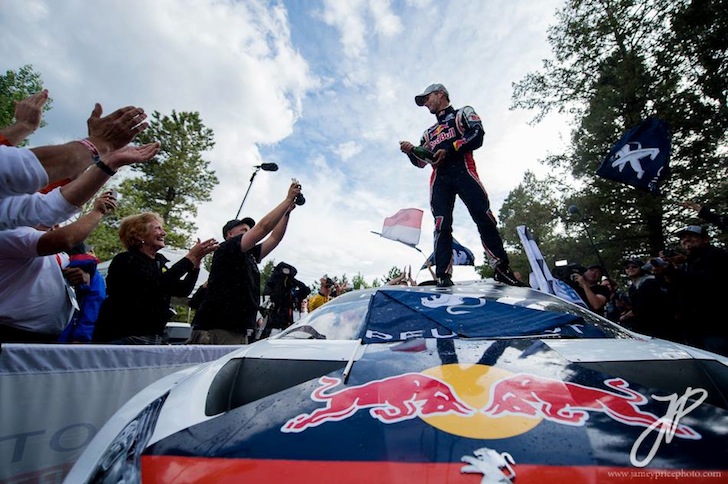 That Sébastien Loeb would secure victory on the Pikes Peak International Hill Climb seemed likely. That he would set a new record lap was probable. That he would destroy the standing record time and set the first ever eight-minute run was unprecedented.

The nine-time World Rally Champion, at the wheel of the Red Bull-sponsored Peugeot 208 T16 Pikes Peak destroyed the former record of 9m 46.164s – set by Rhys Millen last year – with a new fastest lap of 8m 13.878s and an average speed of 87.471mph (around 140.7kph). Millen could at least leave cheerful, despite losing his record. The Kiwi’s 9m 02.192s run in the Hyundai Genesis Coupe was more than 40 seconds better than his time set last year. Another record then has tumbled to Loeb ahead of his confirmed World Touring Car Championship campaign with Citroen next year (and his on-going World GT Series with his eponymously-run McLaren 12C GT3 with teammate Alvaro Parente).

Event legend Jeff Zwaart though was keen to cause a stir on his 14th attendance at Pikes Peak, slicing 24s off his Pikes Peak run last year in his street legal Porsche 911 GT3 Cup. Though victory ultimately eluded him, seven-time class winner Zwaart – who posted a 11m 07.869s time – has previously broken the class record three times.