The grittier, edgier Black Badge treatment is applied to the Rolls-Royce Ghost. But does Goodwood’s flagship limousine really lend itself to this ‘restless spirit’? Our man James is not convinced…

Fans of Rolls-Royce will know the luxury brand has never shied away from hyperbole when launching a new model. Marketing and press materials alike are traditionally awash with terms such as ‘bespoke, ‘authentic luxury’, and, the old classic, ‘uncompromised’. With the new Black Badge series, it’s no different, given that Rolls-Royce are keen to emphasise the ‘defiance’ and ‘restless spirit’ of its select owners that dare to take on a darker and edgier lifestyle of, ahem, luxury motoring.

Nauseating yes, but almost – almost – forgivable. The reasoning behind the Black Badge series after all was not to promote a new, ‘sporting’ Rolls-Royce – such terminology leads to 20 lashings in Goodwood – but a grittier, more youthfully orientated model line in the hopes of attracting a newer, funkier clientele without alienating the company’s existing, more established customer base (it was also a way of making third-party tuners look less enticing, though Rolls-Royce will never officially admit that). And with the Wraith Black Badge we tested last year, easily the most [cough] dynamic [cough] model on the range, it was easy to lose oneself in this philosophy and applaud the new Black Badge as a success.

But with the Ghost Black Badge, I’m less convinced.

Not even with the new styling?

To be fair, the Black Badge styling remains the same across both the Wraith and the Ghost. The deep, resonating black paint on our test model is lacquered and polished repeatedly – again, uncompromised – to create the darkest paint ever seen on a production Rolls-Royce. The Spirit of Ecstasy on the nose and the Double R badges on the flanks have gone from silver to black, a bigger deal than that might seem on the surface given how protected both symbols are, particularly the former that first appeared in 1910. Even the new composite carbon fibre 20in wheels are Black Badge ‘bespoke’ (ahem) and were developed across four years. The cabin meanwhile receives the same Black Badge nuances, including dual tone red leather, an ‘Unlimited’ infinity logo embroidered on the rear upholstery and unique orange-tipped hands on the dashboard clock. On the Wraith, the most dynamic production Rolls-Royce in history, this new ‘edge’ leant itself admirably to a demographic of young entrepreneurs with bulging wallets.

With the more refined Ghost, however, I can’t help but wonder if the Black Badge treatment has lost its shine. The looks of the Ghost for instance are striking enough already, both upon the model’s initial release in 2009 and its 2014 facelift, whereby thinner LED headlights were added, the front grille was raised 30mm, and grooves were added to the bonnet a la vapour trails from the Spirit of Ecstasy. Even without the Black Badge tinsel, the Ghost remained a strong, aggressive look for Rolls-Royce, a presence made even greater, and certainly more significant, now that production of the Phantom has ended. In all honesty, did Rolls-Royce’s new flagship limousine really need to become ‘a creature of the night’ to heighten sales?

How does the Ghost Black Badge drive?

Perhaps then the answer lies in the drive, and admittedly, there is little to criticise the limousine in this regard. The 6.6-litre twin-turbo V12 – formerly the 5972cc unit you’d find in the BMW 7 Series – has received the smallest of performance peps, power now increasing 40bhp to 603bhp and torque up from 44lb ft to a weighty 620lb ft. Such a ghastly notion as 0-100kph times is beyond a Rolls-Royce owner, naturally, but rest assured, when given a bootful, the Ghost Black Badge will run door handle to door handle with an Aston Martin Rapide S.

The enormous bank of torque kicks in from a lowly 1650rpm, meaning the initial surge of acceleration is enormous. Smooth rather than aggressive, yes, but never laboured, and you get the impression there’s far more to come from the V12 were Rolls-Royce to fully let it off the leash. As part of the Black Badge treatment, and when the pedal is pushed a quarter way towards the thick lambswool carpeting, the revs are held for between 200 and 500rpm longer than usual, meaning acceleration is considerably more spirited: from the mercifully untouched ‘authority’ driving position, you’ll even see that huge bonnet nod towards the heavens under acceleration.

This heightened dynamism though has done little to dent the Double R’s luxury. The ride is sumptuous with only the most rutted of potholes making a dent in the ride quality. At full chat, little V12 warble manages to scythe through the intense sound deadening. Visibility, one rather thin rear window aside, is impressive all-round, and both the build and material quality are second to none. The steering has been very subtly tweaked to increase driver focus, and while there’s a degree of weight that dials in as speed increases, there’s very little feedback as you would expect (at low speeds and full lock, it’s like piloting an ocean liner). There is a degree of body roll – again, as expected for a limousine – but not quite as much as you’d reasonably expect, BMW-derived anti roll bars managing to hide that mighty 2490kg girth impressively well. Clearly Rolls-Royce has not forgotten its new flagship is all about comfort and refinement, which makes it all the more difficult to justify the additional edge and ‘drama’ of the Black Badge grit, for this particular writer at least.

And again, that’s got me wondering if the Black Badge edition Ghost truly makes the impact its creators had hoped it would. Yes, on the more dynamic Wraith, the grittier, more visceral Black Badge drama does lend itself to an already sporting drive. But with the Ghost, it’s difficult to ever really forget that you’re driving something other than a fast, superbly comfortable limousine, albeit one with black paint, unique wheels and a couple of extra thousand attached to that already hefty asking price. Then again, that might just be my defiance and restless spirit breaking through…

You can find more Rolls-Royce stories HERE, and more of our Car Reviews HERE 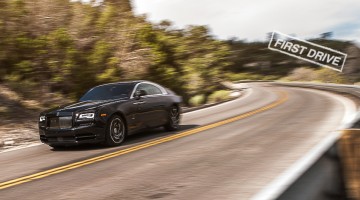 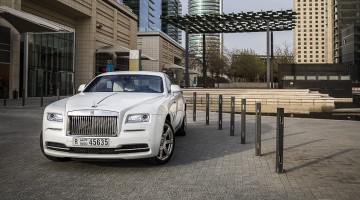 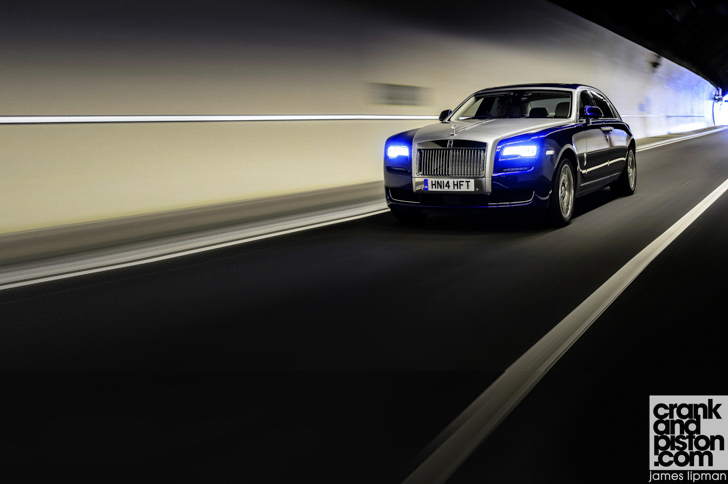