Nine-time World Rally Champion Sébastien Loeb gets his very own Richard Mille edition watch. So, how many of his records does it celebrate? 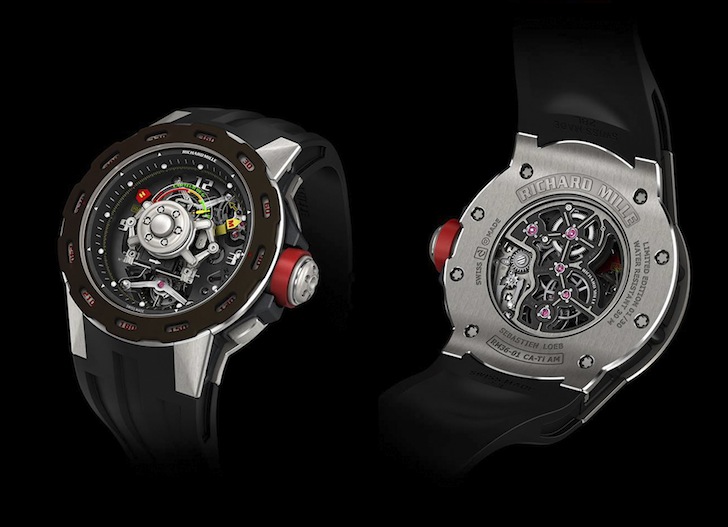 Like the Romain Grosjean tribute timepiece we brought you yesterday, we’re unsure how the new RM 36-01 G-Sensor Tourbillon Sébastien Loeb from Richard Mille is an extension of the nine-time World Rally Champion’s character (and again, you can read crankandpiston’s interview with Loeb HERE)

Has the mechanism been designed by Citroen, architect of the Frenchman’s WRC success? Nope, all Richard Mille, with black PVD mechanism and bezel/sapphire glass front.

Does the RM 36-01 body resemble a McLaren 12C GT3 as used during his FIA GT Series campaign? Nope, that would be your traditional caseback made with grade 5 titanium and carbon nanotubes.

Does it have the ability to complete the Pikes Peak International Hillclimb in 8m 13s or under? No, but it does have a 70-hour power reserve and G-force sensor.

Is the watch about to participate in its first full season of the World Touring Car Championship?

Nope. It has ‘Sébastien Loeb’ stencilled on the back.

Of course. Silly of me.