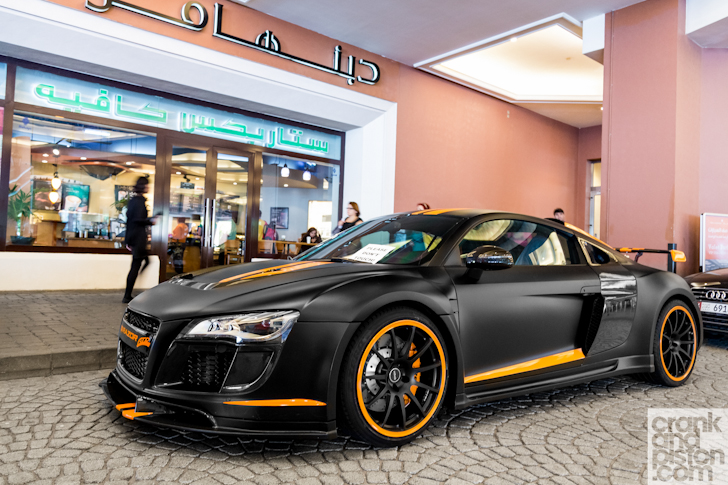 It is amazing what you can find on the streets of Dubai if you look hard enough. Indeed, with the sighting of this particularly badass Batmobile, there are only another nine left to scope out across the globe.

Underneath the PPI Design special effects of this PPI Razor GTR-10 lies an Audi R8 with a 5.2-litre V10 engine, though that’s where most of the similarities end. The powerplant – thanks to some specialist spanner work from Audi’s only exclusive tuner, a new air-intake system with sport filter, high-performance exhaust system and reconfigured ignition map – now kicks out 601bhp and 565Nm (around 417lb ft) of torque. The sprint from 0-100kph is consequently taken care of in under 3.2 seconds, while the Razor tops out at 335kph. 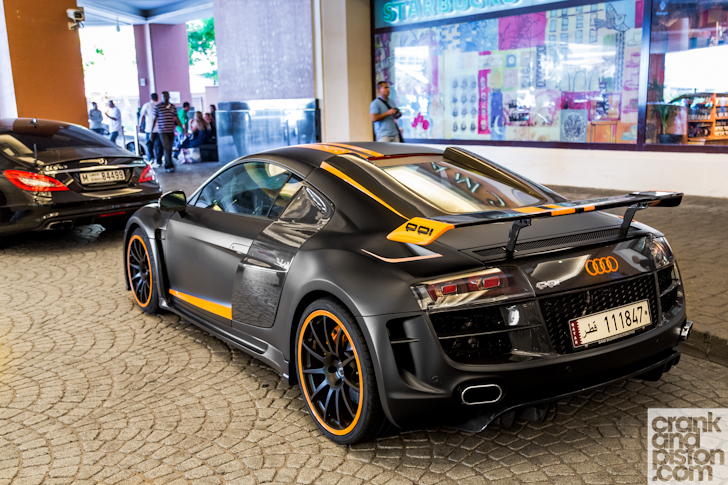 And that’s just the first of many changes. As well as the work carried out in the engine bay, the Razor also boasts significant modifications to the brakes, the stock examples of which have now been replaced with high-performance six-piston calipers and extra large discs (380mm front, 356mm rear). A new coil over kit developed by KW Automotive GmbH is headline act of a new suspension package, while a new carbon fibre rear diffuser and grippy Michelin Pilot Sport tyres make sure the petrol-fuelled rocket doesn’t go into orbit at top whack. 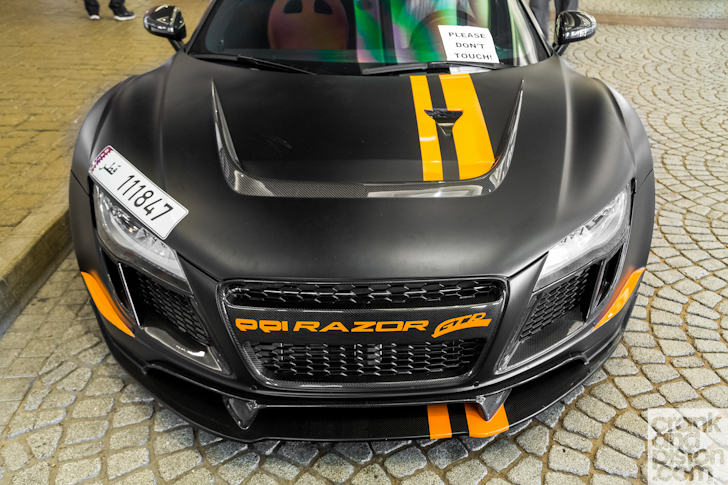 It’s about time we get round to the looks of the beast though. An all-new wide-arsed bodykit (carbon fibre, naturally) boasting aggressively carved air intakes, front spoiler and splitter, PPI sideskirts and a new race-spec rear wing are coupled with lightweight MAG11 alloys – 19-inch on the front, 20-inch at the rear – to help bring the beast’s curb weight down by 250kg over the stock model. 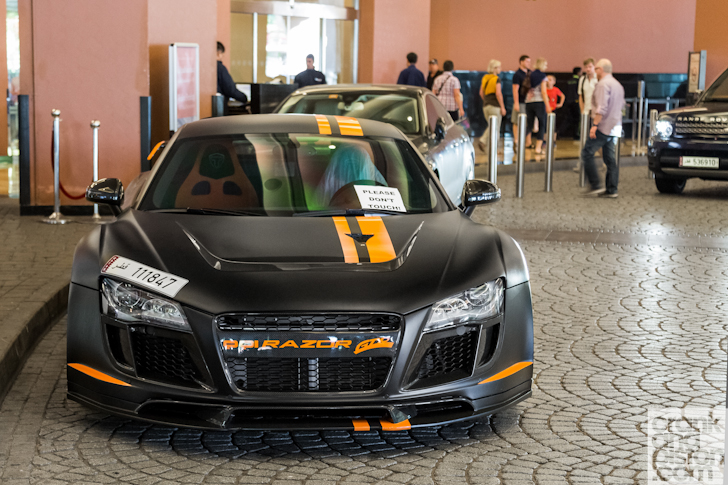 The end result? A vehicle so awesomely sinister that only a few shots could be taken before the forces of the underworld started the ground trembling underfoot.