Porsche could be preparing a Cayman GT4 Clubsport for tarmac rally 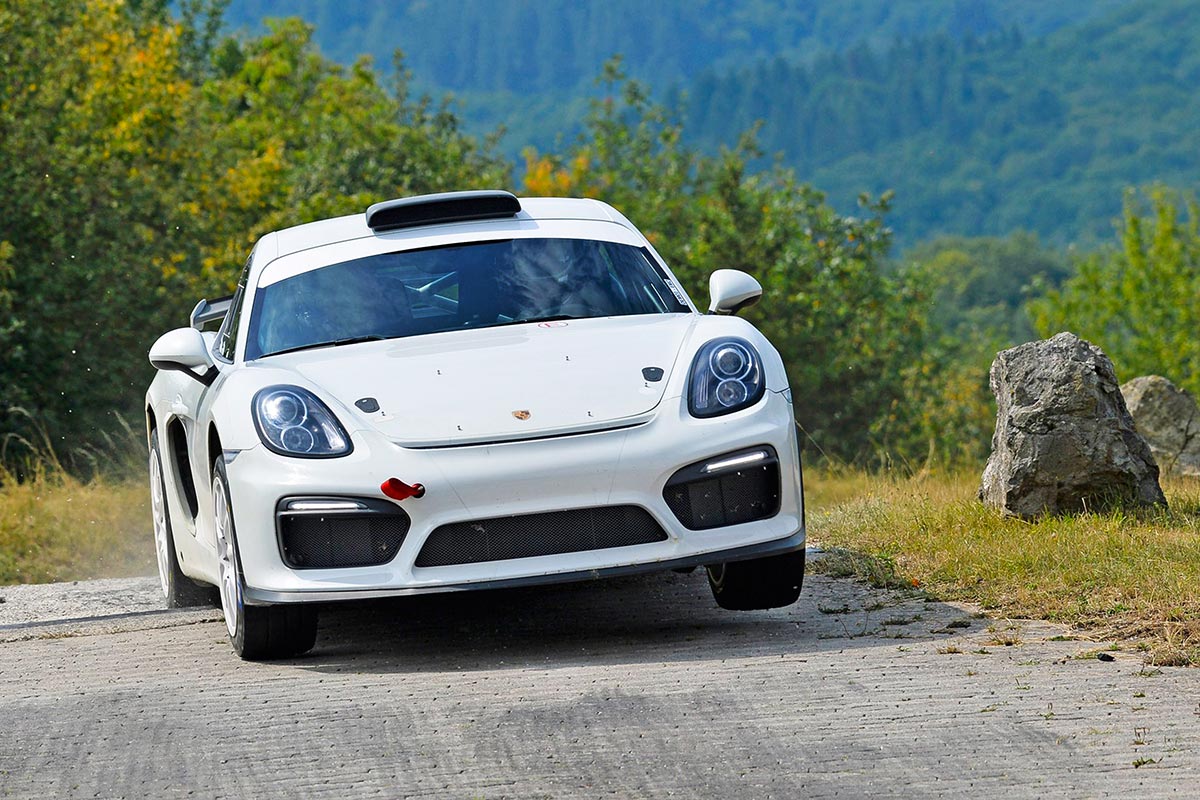 Porsche Motorsport has built a rally version of the Cayman GT4 Clubsport. Built to comply with the WRC’s R-GT regulations for the moment it’s just a concept, but Porsche Motorsport may consider putting it into production for customer rally teams depending on feedback after its appearance at German the round of the WRC, which starts on the 16th of August.

The concept’s basic mechanical components are unchanged from the GT4 Clubsport, made up of Porsche’s naturally aspirated 3.8-litre flat-six engine paired with a PDK gearbox, a pairing specific to the Clubsport model and not the road-going GT4. Power and torque figures are identical to both, meaning it’ll produce 380bhp with 310lb ft of torque available between 4750-7000rpm.

The transformation into rally form is made up of some reduction in aero, something that is useful on the track, but liable to being torn to shreds on rocky verges or kerbstones. The underbody has also been reinforced, with steel plating protecting the car’s more vulnerable components around the axles and powertrain. Other changes include a removable LED lamp pod that sit on the bonnet, plus a new roof-mounted intake.

Testing has already got underway in earnest with driving duties entrusted to recent Pikes Peak winner Romain Dumas. The French ace is no stranger to Porsche rally cars, having taken and 997 GT3 RS to WRC R-GT honours in the 2017 Monte Carlo Rally. He also runs a company that develops its own Porsche rally cars that are campaigned in Tarmac championships throughout Europe.

Porsche is not alone in creating models designed to compete in the FIA R-GT WRC class, as Lotus has also had a crack at the class with its Exige R-GT while Abarth entered its own 124 R-GT in the 2017 Monte Carlo Rally. Prodrive also dabbled with an R-GT version of the previous generation Aston Martin V8 Vantage

Being limited to the tarmac stages of the WRC, the class is still very much so in its infancy, and although the FIA has relaxed the rules of entry to make it easier for more manufacturers and privateers to get involved, it’s still a niche class that has yet to be fully realised, something that might change in future when a heavyweight like Porsche Motorsport gets involved.