crankandpiston.com takes a trip down a rather muggy memory lane with a 1994 Porsche 968 Club Sport.

“It’s not a light precise car, by any means. It’s probably the polar opposite to driving something like a Lotus Elise, in that you need to really manhandle it. So, it’s almost a TVR with a totally different world of finesse: you can fling it into bends and it’s just beautifully neutral.”

The above is a description from the driver’s seat of a Porsche 968 Club Sport, one of Stuttgart’s more prominent entry-level models and successor to the awesome 944. In the early ‘90s, thanks to yet another recession, flashy overpriced sportscars were decidedly un-de rigeur, and company in-fighting – plus a bit of bad press – meant Porsche found itself overlooking the doldrums. Even the then-new 968 was being slated for being ‘a bit boring’. But then, in December 1992, a newer, more lightweight and decidedly more badass 968 – the Club Sport – was wheeled out to a baying public, which quickly swallowed it up and took said sports coupe to its heart.

Unsurprisingly, some 22 years after it first hit the tarmac, the 968’s stripped out, more dynamic Club Sport counterpart remains amongst the most desirable of Porsche’s exclusive front-engined models. Its heritage, its performance, and its pull as a ‘proper Porsche’ is difficult to resist. Such proved the case for Marcus Siddons, well-spoken gent and owner of the 1994 Porsche 968 CS you see above and below. And which today, we’re here to shoot. 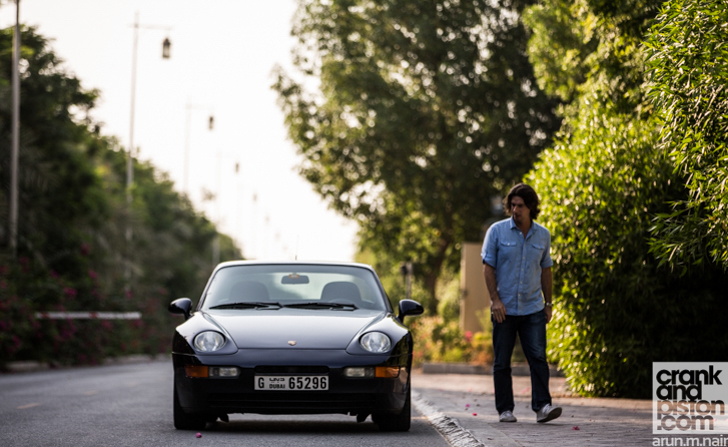 Unusually for this time of year, today is proving a scorcher, crankandpiston.com photographer Arun and I already blinking heavily under our sunglasses and finding solace in the shadows. The heat though doesn’t appear to have dinted Marcus’ enthusiasm, and he’s more than happy to dive into the whats, whys, and wherefores of his 968 Club Sport whilst I get my breath back.

“I’d always yearned to have one since I was tiny, reading car magazines,” Marcus explains. “There were quite a few in the UK but they’d all been tracked to death. Then one day I was searching the classifieds out here, saw what I thought was a mint Club Sport. Turned out it was. It’s a Japanese spec, so it lived in Tokyo. Then a chap here – who had a few different Porsches I believe – had left it in a lock-up in Al Quoz for a couple of years, that’s where I found it. I bought it there and then on the spot with a handshake.”

Stage one complete: the 968 CS was in Marcus’s pocket. Then came stage two, the restoration. Despite the Porsche being mint…

“I’m a total perfectionist with these things, so over the last two and a half years I’ve slowly ticked off every little job that was annoying me”, Marcus continues. “The last was our friends at Dentmaster who came and took a tiny dint out of the bonnet, which probably nobody else would notice but I knew was there.” 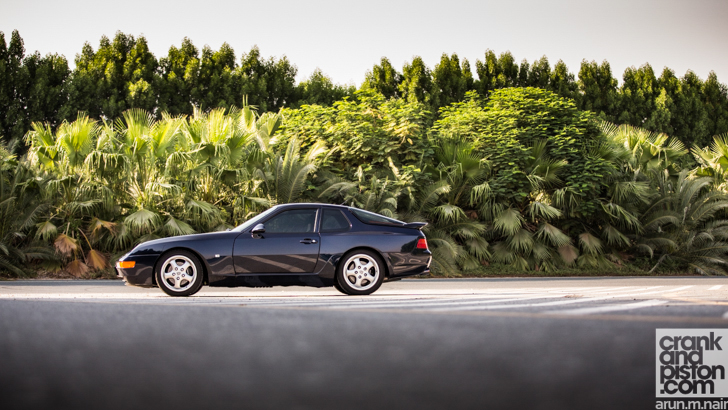 Therein lies an example of Marcus’ devotion to the ‘94 968 CS. And that would just be the first step. Work on the interior included removing ‘some horrible cheap version of 3M screening on the back windscreen’ and replacing it. Small scratches on the paintwork have been eradicated, including repainting the entire roof. Miniscule scuffs to the bodywork have received similar treatment. The biggest was yet to come though, namely the suspension.

“That was the big one, having all the suspension refreshed. To be honest I deliberated for quite a few months before finally got it done with Alex Renner Motors. That was quite a scary one, and by my standards that means expensive!”

The effort – and money – has been well worth it though, a beaming Marcus nods. Fresh out the factory in 1994, the 1335kg Club Sport (down 50kg on a standard 968) boasted a front-engined three-litre twin-cam four-cylinder – the most powerful naturally aspirated unit at that time – which produced 240bhp. Said unit was mated to a six-speed manual transmission, rear-mounted in the interest of perfect(ish) weight distribution. Recaro bucket seats, dropped suspension and 17-inch wheels from the 911 complete the ‘phwoar’ factor. And all of this, quite remarkably, still looks brand new. 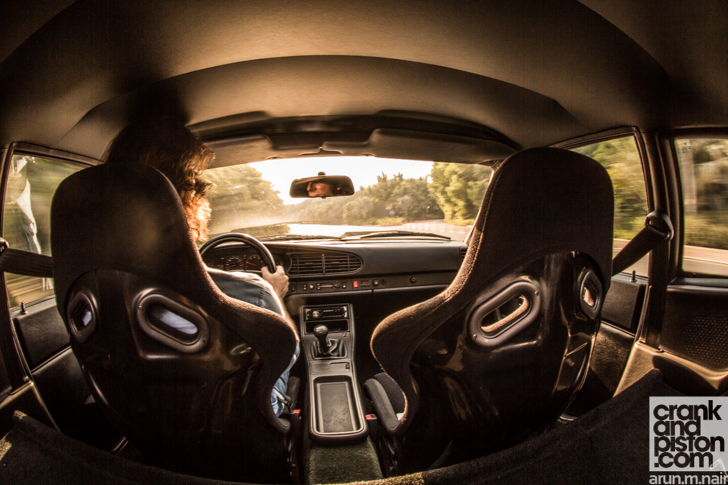 “What amazes me, and really satisfies me about mid-90s Porsches, is that you can pick out any little component and it looks like it’s new. I was looking at the boot latches the other day and they look impeccable. It’s the same under the engine bay. I’ve experienced, owned and driven lots of lovely cars in the past but I can’t think of any in which the components have survived this well. So as an ownership proposition, the 968 CS is a great opportunity.”

An opportunity that, despite Marcus being a member of Porsche Club UAE, rarely hits the track nowadays: his first such event, just one week after purchase, ended at 1am at the Yas Marina Circuit with a broken clutch. In fact, so keen is Marcus to preserve his ’94 coupe that it’s new home is a lock-up in his native UK, under the watchful eye of his father until such a time that Marcus himself returns. 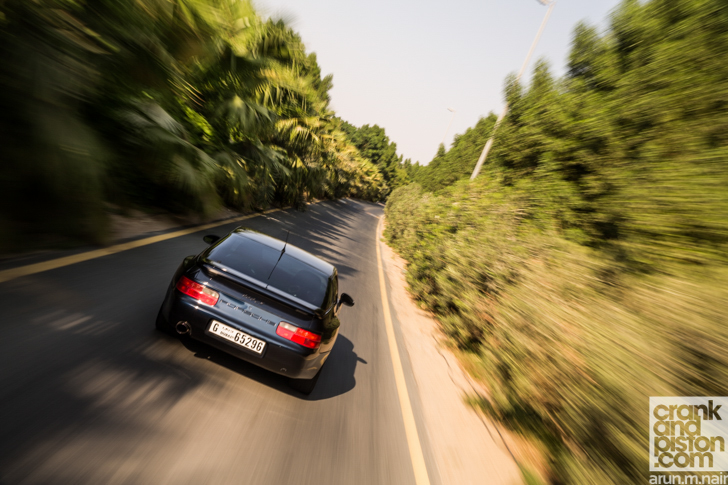 “This is an oft-used phrase, but this really is a ‘car for life’ and I’d like to think it will be,” he explains. “It’s the kind of car I’d love my son to have in 25 years because – and again, much over-used – I sincerely don’t think they make them like this anymore.”

Certainly not. Under the beating sun we’ve all begun to wilt, and the Porsche 968 Club Sport has barely broken sweat. Nor should it. It’s badass, remember?