This Porsche 917 was just one of a host of classic Porsches at the 2012 Spa 6 Hours. Despite a rocky start its motorsport career in 1969, including the death of John Woolfe at that year’s 24 Hours of Le Mans, the 917 would go on to win at La Sarthe twice and take consecutive World Sportscar Championships. 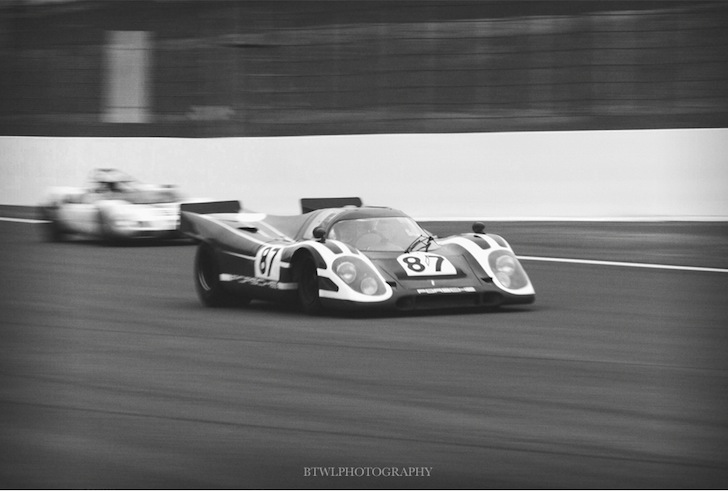 Regular readers of crankandpiston may recognise this example – driven by Carlos Monteverde and Gary Pearson – from last year’s Spa Six Hours, just one of the tastier classic racing machines that flashed past Jonathan Szczupak around the Circuit de Spa-Francorchamps during the course of the weekend.

A pretty formidable racing history brought the 917 to the vintage dance, though even the greatest of triumphs can get off to a rocky start. Fresh from its debut at the Geneva Motor Show in 1969, Porsche had only four weeks to produce the 25 homologated models required to guarantee an entry into that year’s World Sportcar Championship season. The team duly delivered.

An inauspicious start to its motorsport career – not entirely aided by instability at high speeds – saw the 917 trail home eighth behind its 908 Spyder predecessor at the Nurburgring 1000km, which monopolised the top five positions. At that year’s 24 Hours of Le Mans, privateer John Woolfe (having elected not to wear his seatbelt) perished when his 917 split open on impact with the guardrails. Criticism of Porsche was rampant.

But aerodynamics were significantly improved for the 1970 season. The 917, now with a shortened tail and boasting an additional ‘K’ moniker, went on to dominate the ’70 and ’71 World Sportscar Championships (putting principle rival Ferrari’s nose well out of the joint in the process) and take victory at La Sarthe in both years. It wasn’t long before Steve McQueen and Hollywood came knocking.