Our Long Drive Home. Under Fire, Under Warranty? UK to Australia

After three weeks on the road, Mike and Jess’ 2004 Renault Clio hits the workshop to replace some ruined brake pads. Before that they have fury to evade at the Kyrgyzstan border and a grenade-wielding ‘gentleman’ in Qo Qon.

We woke up a little late in Qo Qon (pronounced Gok Wan, maybe) in Uzbekistan but eventually made our way to the Kyrgyzstan border and arrived in the small town of Izboskan just after midday. Once we got there we started to attract a lot of attention from the locals. Before we knew it, most of the town’s folk were coming over to help and stare at the five Westerners with their bizarre cars. They helpfully informed us that even when the border is open – which it wasn’t – you can only cross on foot.

That was the least of our problems though, as one of the Finnish lads in our convoy headed over to us and whispered, “thank you we will head to the next border town along.” Turns out this sudden enthusiasm was brought on by a gentleman holding a hand grenade stepping into the crowd.

The locals told us we would have to go back through the main city and head to Osh which is east of Uzbekistan. There is a crazy degree of poverty in certain areas of Uzbekistan. You do drive through these beautiful modern cities like Samarkand and Qo Qon which have all the shops and cafes you’d expect, but when we got to the town of Osh, 90 percent of the houses were rubble with people still living in them. The pavements are dirt tracks and there are military men walking around with guns strapped to their shoulders. It certainly looks like Osh got the brunt of the conflict that take place a few years ago. 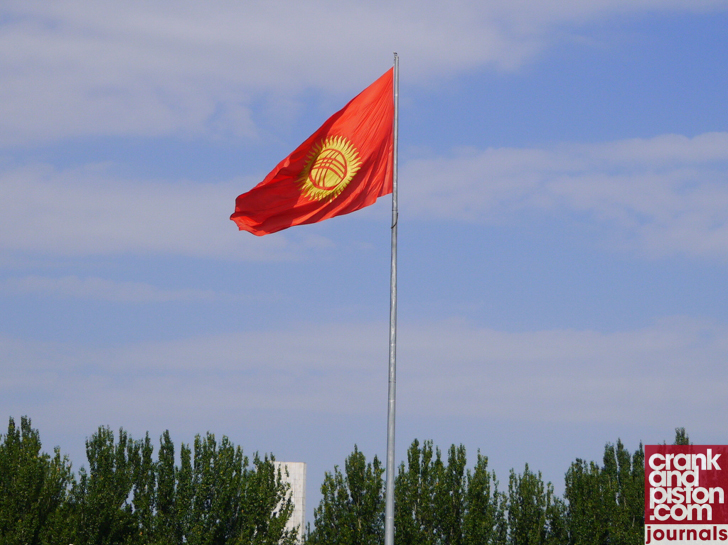 There was an expectedly massive queue at passport control, but since we are obviously tourists, the customs guys were keen to get us through ASAP, which mean we went straight to the front of the queue: great for us; not so great for the thirty Uzbeki/Kyrgy women who had been waiting in-line for a good half an hour. Especially since Jess was in her denim shorts trying to cope with the heat: she got quite a few marriage proposals. Once we were through, we made our way to Jalal-Abad, managed to find a hotel and crashed for the night.

When we woke up, we knew we had a big day of driving ahead of us up into the Tien Shan mountain range, just west of the Himalayas. For some unknown reason the majority of the ATMs in Kyrgyzstan are VISA card only, frustrating since neither of us has anything other than MasterCard. We were so strapped we had to borrow some money from our Finnish mates.

Finally on the road and as we weaved our Renault Clio through the mountains, turquoise blue lakes appeared seemingly from out of nowhere: the contrast between the colour of the lake and the mountains was insane. Every corner we took, the view got more and more breathtaking. Each mountain seemed to be covered in flora of all the colours of the rainbow. Then once we finally got over one set of mountains it plateaued into a lush green rolling into the distance. Herds of goats, cows and horses were dotted all over with the round traditional homes, Gers (pronounced yert), nestled and spotted all about. 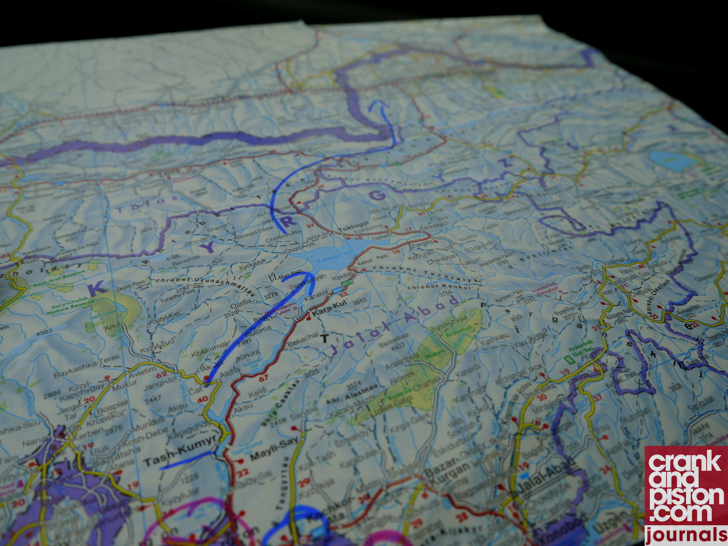 Once over the mountains we had Bishkek locked in our sights, but with it now being 9pm we needed to find a hotel for the night. This was easier said than done though, especially when there were five of us late at night in the capital city. Every hotel and hostel appeared to be fully booked. It was 1am before our heads finally hit their respective pillows.

After saying our goodbyes to the Finns in Bishkek, we set off for the Kazakhstan border. Fortunately the border crossing was pretty uneventful and it wasn’t long before we were off on the road to Almaty. The city is the former capital of Kazakhstan, but with a population of about 1.5 million it remains the largest city in the country. The drive to Almaty is one long straight road that can be very tiring and uneventful, although the mountains just south of the city are very impressive. The massive grass plains of Kazakhstan just seem to move towards the sky as if it were a big duvet cover and the mountains were a giant monster crawling underneath it.

After battling for space on the roads with some crazy Kazaki drivers we grabbed a hotel room in the centre and decided to stay two nights in Almaty before heading to Mongolia. We did feel a bit guilty taking a day off during the Mongol Rally, but we needed to be practical. Most significantly, we had to take care of the car. We think our little Clio is doing a stellar job, but with Mongolia looming we wanted to make sure she is up to the challenge. 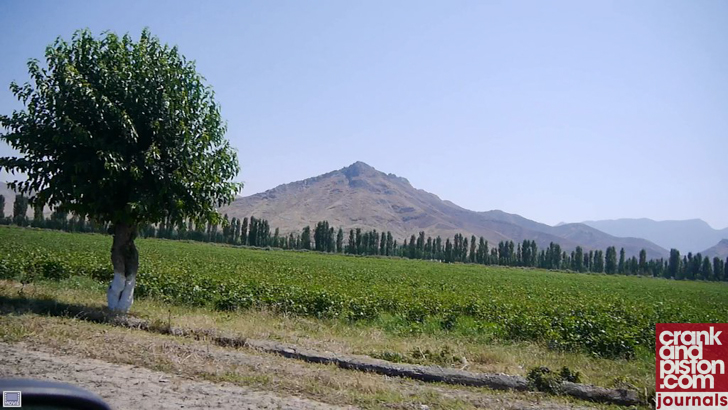 I don’t know much about the inner workings of cars. I can check oil, water, tire pressure and even change a battery, but after that I’m ashamed to admit I’m lost. So it was good to know that I could at least explain to the Kazakh mechanic via diagram that we just wanted them to give the girl a quick once over (the car, not Jess). After a quick look at the wheels he showed me that the front brake pads were crumbling, unsurprising after three weeks on the road. Taking him at his word we left them to it and grabbed a cab to the city for a bit of lunch.

A refreshing Kazakhstani lunch was just what the doctor ordered, and we set about getting some more stuff for the trip. However, Jess couldn’t help noticing that even in Kazakhstan they have a Marks and Spencers, Zara, Gap and Accessorize. She was in her element. After buying some street blackberries we headed back to the car, which by now was ready to go.

Feeling better prepared for the next leg of our journey to Mongolia, we allowed ourselves to relax and rest up for the coming days ahead.