Nissan Juke. ‘The Encounter’ and ‘City of Stormtroopers’

The Nissan Juke hooks up with some Stormtroopers for Episodes 1 and 2 of a special web movie. 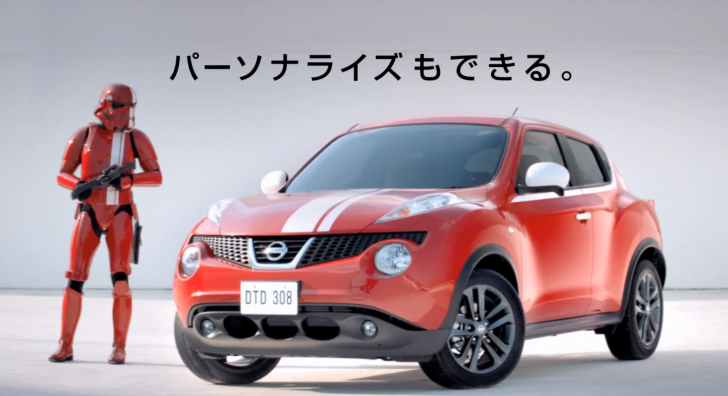 Not very long ago in a galaxy, um, this galaxy, a solitary Nissan seems to be turning regular Stormtroopers to the Juke Side. We aren’t really sure what is going on yet – as only episodes one and two have been released – but there has clearly been a shift in the Force.

Further episodes may reveal Luke Skywalker in a Z-Wing Fighter, Darth Vader in a matt black GT-R, the Emperor in an old school Nissan President rolling on Enkeis and Han Solo with Chewbacca in a beat up Y60 Patrol able to do make the Kessel Run in less than 12 parsecs thanks to a TB48DETT conversion.

Many Bothans died to bring us this information.