The 2014 Dubai 24 Hours and a nearly-ready Nissan 350Z has got Steve champing at the bit to get back on-track. 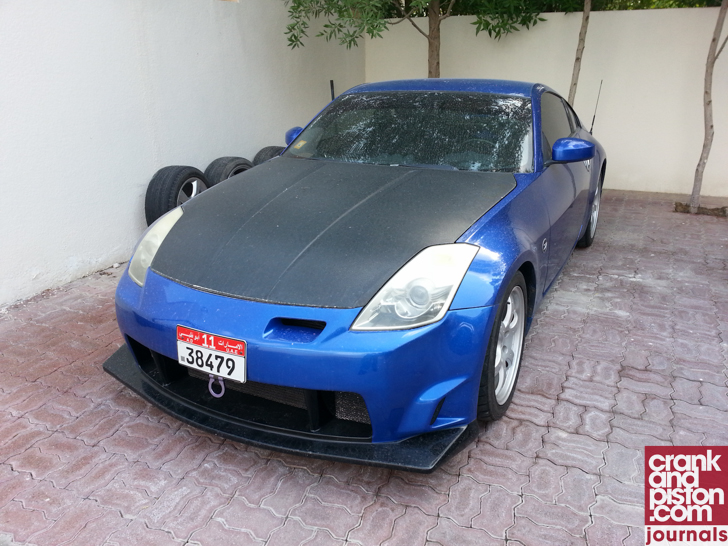 February rolls around in a brand new year, with a brand new motorsport season well underway. The 2014 Dubai 24 Hours seems to be getting bigger each year. Fireworks and a large parade of international acts were a spectacle not to be missed, and with this year’s race being called the toughest since it’s inception, there definitely was plenty of action packed racing to be seen. 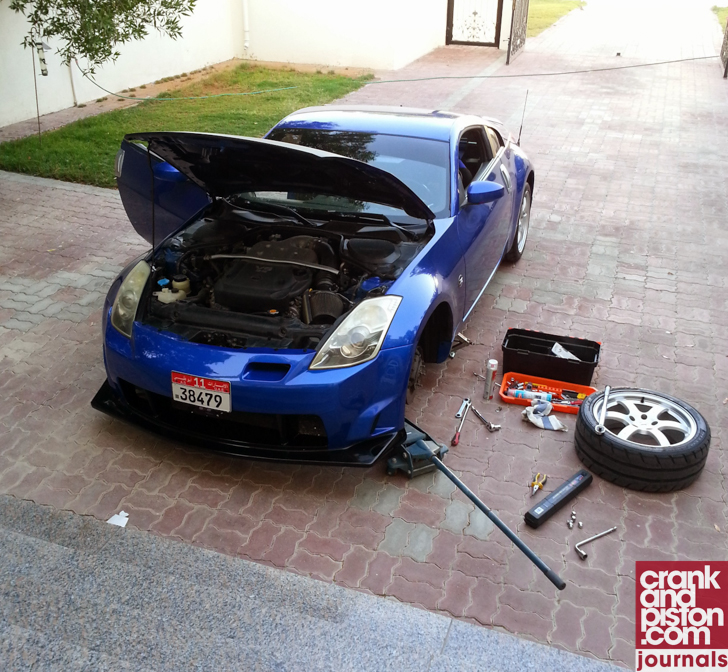 Watching has unfortunately been the extent to which my racing season has flourished so far this year. With delay after delay, the car seems to just never be in a race-able condition. I would have seen some action two weeks ago in January at the UAE AutoX Championship, but the Nissan 350 Z has managed to break itself again. The front left suspension seems to be loosening itself at a rate faster than I can tighten it up. I pulled the wheel off to tighten the upper control arm that I thought was the issue. It seemed to disappear for a while but came back with a vengeance. Now when I brake the front left wheel feels like it’s moving forward and backward slightly.

Suffice to say, I don’t feel safe driving the car in its current state, so I rang up a flatbed and shipped it off to Lap57 for a check up. They have always been spectacular at fixing any issues I have with the car. I’ll have it fixed and racing soon, and you guys can expect an actual race day article next month. Hopefully. I was also assured that my KW Clubsports have been re-ordered, since the supplier got the part numbers wrong, and I’m still waiting for them to arrive. If it’s suspension issues that are plaguing my Z with unwanted wheel movement, hopefully replacing everything with new parts will finally allow me to lay some rubber down again. 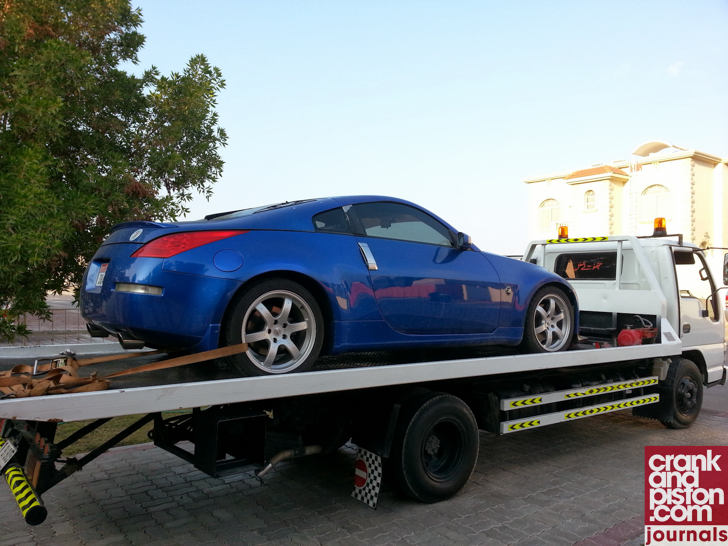 I haven’t registered the car again, and I don’t think I will any time soon. I don’t drive it often enough on the street to warrant fixing and registering it. Maybe when I get a rollcage installed I’ll go ahead and fix it, but then it wouldn’t be road legal anyway. The future is uncertain for the Nissan. There are so many plans for it, but with everything going wrong at this point, I’m just hoping to get some racing done before the end of the season and the start of summer or I might just go mad.