crankandpiston.com’s Phill Tromans takes a Caterham Superlight R400 for a spin through the UAE mountains. And, as you’d expect with a power to weight ratio of 520bhp/ton, it’s absolutely terrifying!

“Is this the longest you’ve sat in a car on a photo shoot?” asks my colleague James Gent, as photographer Arun considered his next frame. It probably is, I concede. You see, getting in and out of the Caterham Superlight R400 is something of a challenge. It’s not just a case of clicking the seat belt release and pulling the door handle. To get out, one needs to fumble under the dashboard for the key and switch the engine off. Then take the full-face helmet off, unfasten the five-point race harness. Remove the steering wheel, then try and wriggle through the gap in the top of the roll cage which is slightly too narrow for my generous hips. Twist until there’s space, perch one’s derriere atop the cage, then swing the legs out, over and onto the ground, trying not to scrape the bag of one’s legs on the protective foam surrounding the cage. Entry is the reverse of exit.

All this rigmarole means that once I’m in the bright orange Caterham – nicknamed Catsuma by its owner – I’m reluctant to get out. To be honest though, it’s not too much of a hardship.

Caterhams are a rare sight on the roads in the Middle East, and their lack of practicality is only one reason. These British sports cars are built for performance, based off a classic Seven design that dates back to 1957. Originally built by Lotus, it embodied the company founder Colin Chapman’s car-building ethos of making vehicles as light as possible for optimum performance. Caterham acquired the rights to the Seven in 1973, and has been tweaking and evolving the design ever since. While Porsche makes a big deal about how the 911 represents 50 years of evolution, the Seven has been around for longer than that, and it’s considerably more hardcore. 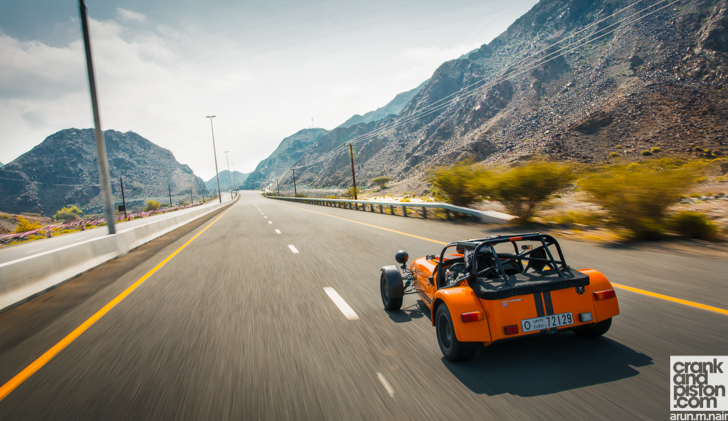 This particular Caterham has been leant to us by its very generous owner, who built it from kit form in 2008, taking around 150 hours over a three-month period. It’s a Superlight R400 model, but it sports under the bonnet a 2.0-litre Ford Duratec engine from the faster R500, which means 263bhp. That might not sound much, but when you factor in the weight – just a shade over 500kg – it suddenly becomes an absolute weapon. Caterham quotes the standard R500 as packing around 520bhp/ton, and this won’t be much different. For comparison, the standard Bugatti Veyron boasts 523bhp/ton.

Only once before have I driven a Caterham, and it scared the bejesus out of me. It was in the UK, some seven years ago, and it was the entry-level model with less than 100bhp. The sensitive throttle sent me bunny-hopping away from its parking space, and I was too terrified to do more than about 100kph. So the prospect of driving one of the most hardcore models, capable of hitting 100kph in less than three seconds, is sending cartoon-like gulps to my throat. There are no modern safety systems – no ESP, no ABS, no power assisted anything – to save me if anything gets untidy. Heck, there’s no bloody windscreen. There’s just the lightest of body panels, swathes of carbon fibre and a plethora of switches, mounted on a chassis that’s basically the same age as my retired parents. 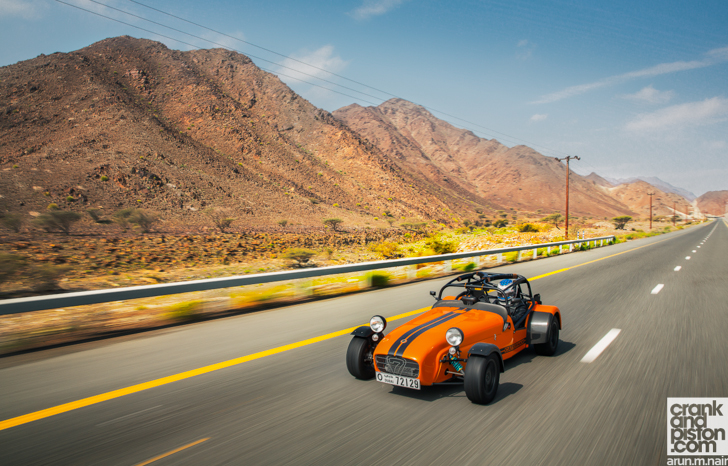 To look at, the Catsuma is instantly recognisable as a Seven, but look closer and you see the tell-tale signs of performance. The full roll-cage is the obvious one, but the wheel covers and dashboard are clad in carbon fibre, a material that also forms the wind deflector that takes the place of a windscreen, and the tyres are Yokohama semi-slicks. It’s been raining in the UAE over the past few days – just in case I wasn’t already worried enough.

My introduction to the Caterham comes early one weekday morning at a petrol station on the outskirts of Dubai. A colleague has kept the car overnight, and hands it over to me as the masses are making their way to the office along one of the cities busiest motorways. After warnings that the clutch bite point is high, and the throttle very sensitive, I’m handed the keys and expected to merge straight into rush hour traffic. After the rigmarole of getting in, as described above, I’m settled into the fixed bucket seat, which fits snugly around my hips. Or rather, I am after several attempts – the first attempt sees me sat on one of the belts, the second sees me strapped in and then unable to reach the steering wheel to fix it onto the boss. I quickly become aware that having a defined checklist for entry is essential.

A twist of the key arms the weapon, and a big red button engages the starter. There’s a turnover, but nothing fires. I wait, flex the accelerator just a touch, and try again. There’s a small blast of flame to my right from the side-mounted exhaust, and then the Caterham catches and bursts into life. The sound is organic – it doesn’t sound like anything’s been done to try and tune it, it’s just as the engineering left it. There’s a pleasant chug from the exhaust and the engine sound is… well, like a four-cylinder Ford engine without any sound insulation. 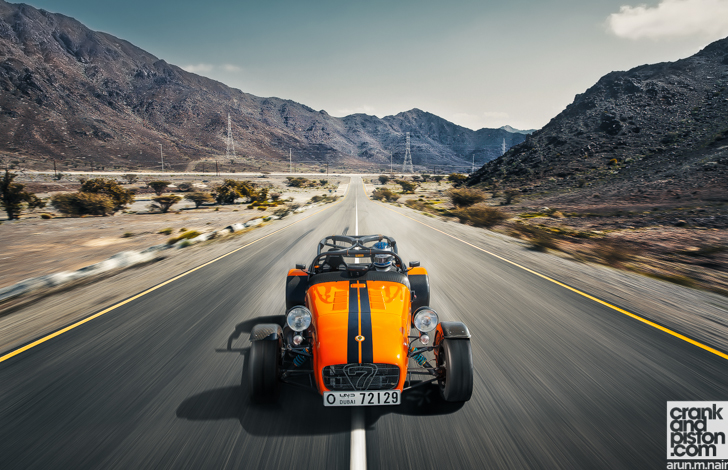 Bets have been placed on whether or not I’ll stall it, and the assembled masses leave empty-walleted as I manage to balance the stiff clutch at first attempt. The warnings are true – the bite point is high, and I give the throttle a good prod to try and ensure the Duratec doesn’t die on me. It’s all going well until the very sensitive throttle intervenes again and I bunny hop my way towards the freeway. 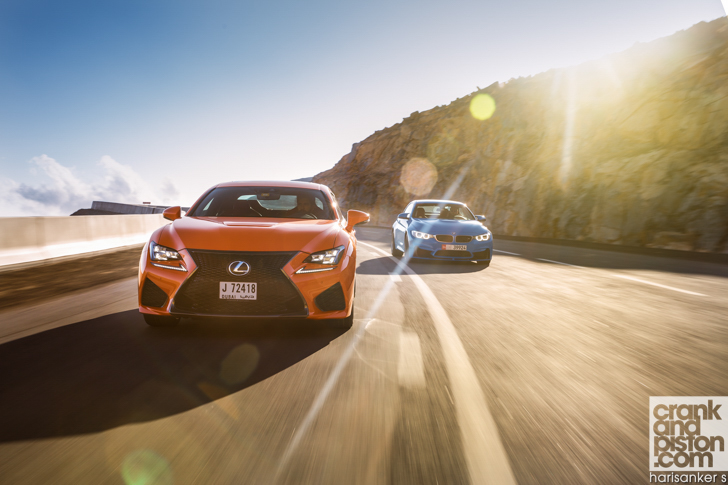 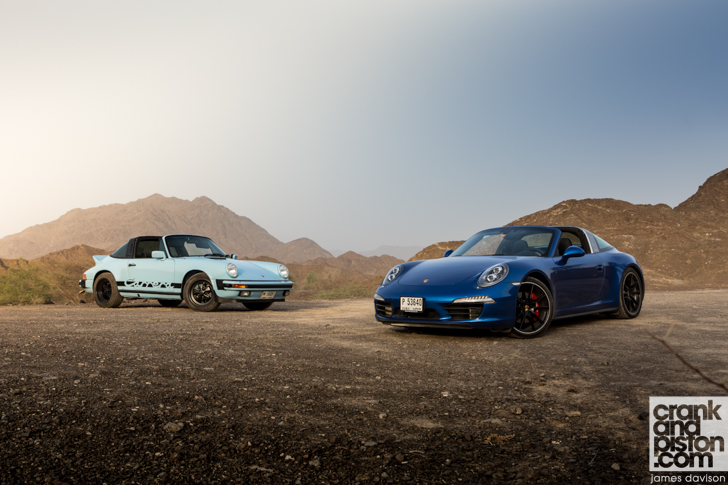