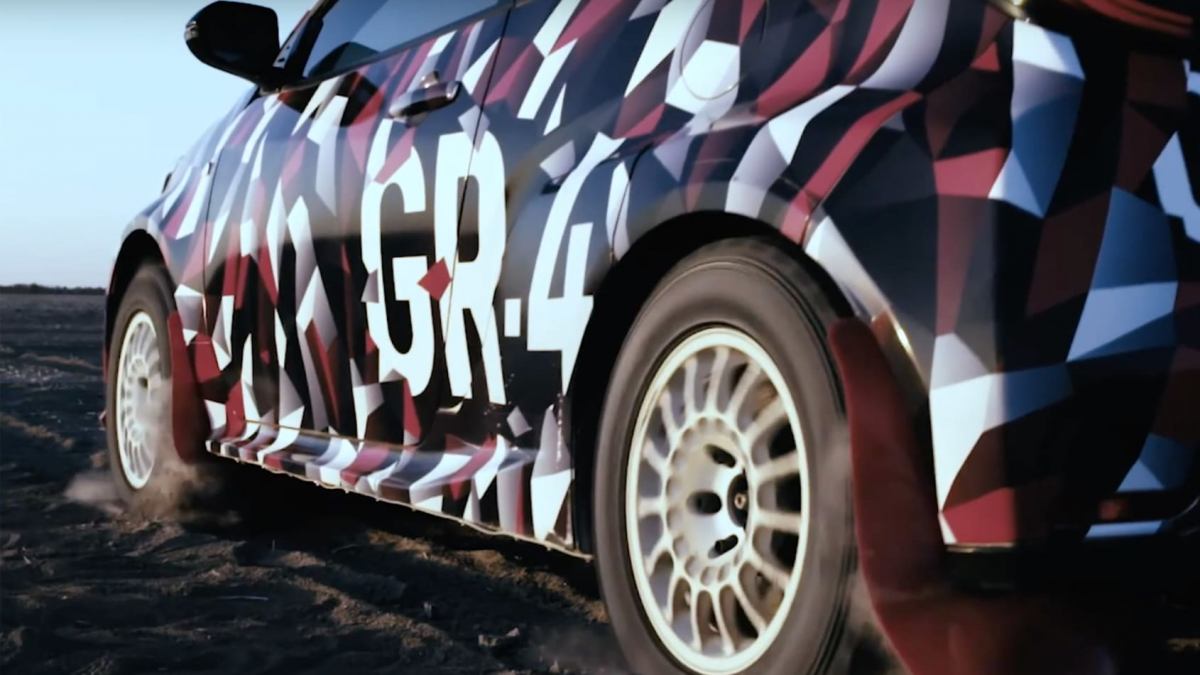 It’s been a long time since we’ve seen a true road-going rally car homologation, but this is something Toyota plans to change in the coming months. Having wrapped up the 2019 World Rally Championship with its current Yaris WRC car, Toyota’s motorsport arm, Gazoo Racing, is wasting no time getting a 2020 contender in order, one that will be based on a modified version of the recently revealed 2020 Yaris and revealed for the first time at the Tokyo Auto Salon, which starts on 10 January.

The homologation model will be called Toyota GR Yaris rather than taking the name of the Yaris GR-4 prototype in the official teaser images. Despite sharing a name with the standard Yaris hatch, it will feature dramatic proportional changes over the bubbly supermini on which it’s based. Instantly visible are the lower roofline and heavily flared wheelarches, but the changes are due to go deeper, with new suspension pick-up points, a wider track and new rear axle in the works too.

A teaser video gives us a first glimpse at the model in action, with none other than Toyota CEO Akio Toyoda at the helm. Though fine details are still hidden under the brand’s Gazoo Racing camouflage, the video offers us a look at the front and side of the hatch, revealing the use of a wheel, tyre and suspension setup very similar to that of a WRC racer – raised suspension, generously-sized mud flaps, rally-spec wheels and off-road tyres can all be seen.

The short film also gives us a preview of the model’s rowdy exhaust sound, and although the details are still to be announced, it does confirm the use of a 4-pot power plant – the sound of the model’s spirited departure also hints at the use of a manual gearbox, in this development car, at least. New angles in the film give us a better look at the widened rear arches, something that’s also carried through to the front via a larger side sill, where larger, more aggressive intakes are incorporated into the front bumper.

Although the standard Yaris is front-wheel drive in the region, certain models in the Japanese domestic market are available with an all-wheel-drive system, something that requires a more sophisticated multi-link rear axle to facilitate it. This might be something this high-performance GR Yaris version will feature, regardless of whether it utilises all-wheel drive or not. The lower roofline will also likely benefit the WRC car’s aero package, reducing the frontal section and creating a more suitable mounting point for the inevitable stacked rear wing.

As such, the GR Yaris will not be limited to just a few hundred units, instead Toyota will need to produce a full 25,000 next year in order to comply with WRC regulations. Further details, including those about the powertrain, remain frustratingly absent, but a launch event is set for early next year.