I never really got the point of the BMW X6. Sure, the first-generation ‘Sports Activity Coupe’, introduced in 2008, was a technically capable machine, but it’s the peculiarity of the niche I’m talking about; an SUV without the space of an SUV, but with plenty of clever engineering to make it handle like a regular car. So… why not just buy a regular car?

However, many other people saw something I didn’t. BMW has sold some 260,000 units of the X6 since it launched, and it’s anticipating similar success from this new second-generation model.

You’d be forgiven for not realising that this is an all-new model, so similar is it at first glance to the original in design. But look closer and you’ll see that the designers have produced a variation on the theme. If you like the original roof-sloping silhouette then you’ll find much to like here – the profile is much the same but with more pronounced double swage lines down the side, taken from the X4, and a nice X graphic in the front bumper. The bonnet is longer and the shoulders look stronger. 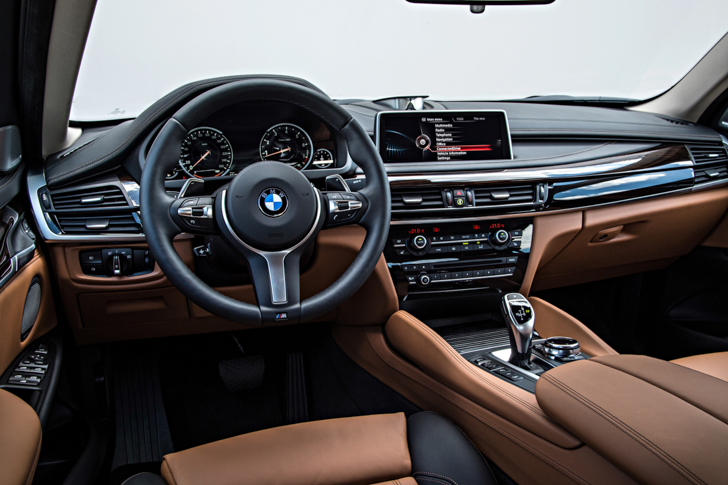 The interior is familiar BMW territory, with a 9.2-inch screen in the middle of the dash giving all the necessary infotainment data and comfortable front seats that adjust electrically in a myriad different ways. Build and material quality is as fine as ever, with the exception of the drive mode buttons on the transmission tunnel, which feel somewhat rattly to the touch.

Boot space is up to 580 litres without the rear seats down, a rise of 10 litres but still not a patch on the 650 litres offered in the latest X5. Headroom in the back could be a problem for some – that sloping roofline style compromises the available space for loftier passengers. You can fit three in the back now, unlike the previous model, which only catered for two. 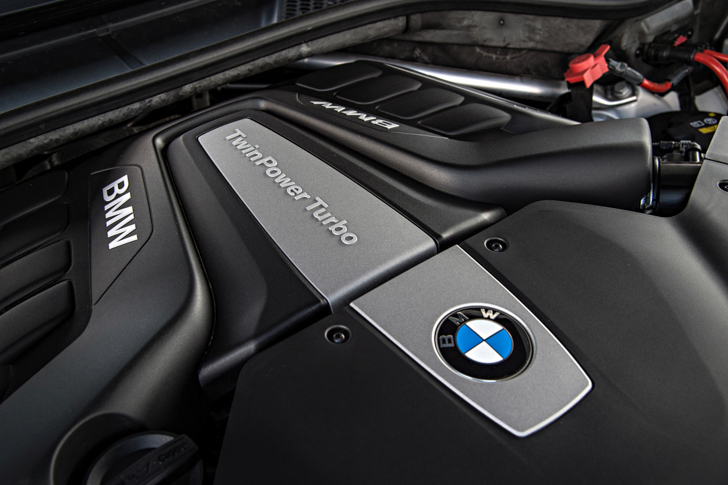 The rest of the world gets some interesting diesel engines to choose from, but the Middle East’s love affair with petrol isn’t going anywhere soon, so initially we’ll just get one engine. That’s the 4.4-litre twin-turbocharged V8 found in the X6 xDrive50i, which produces 444bhp and 479lb ft, giving it a 0-100kph time of just 4.8 seconds. That’s fast in anyone’s book. An xDrive35i model will follow in the spring of next year.

Diesel-loving countries also get an M Performance version of the X6 – that is, a model breathed upon by the legendary M Division, but not to the same extent as the full-blown X6 that will undoubtedly follow. Instead, the M50d has uprated suspension and steering to house an excellent triple-turbocharged, 3.0-litre straight six with 376bhp.

There’s no news yet on whether a petrol M Performance model will also be produced, but the V8 with the uprated suspension would be a potent package indeed. BMW produces a range of fantastic engines, and this one is no different. It’s the same unit found in the X5, which means it’s torquey and refined, with almost digitally-smooth power delivery. The noise has been perfectly judged – near silent if you’re cruising around town, but give it some beans and a beautiful bassy warble drifts from the twin rear exhausts. The power is sent to the all-wheel drive set up using a silky-smooth eight-speed gearbox that works exactly as it should. In auto-mode it’s imperceptible and in manual mode, using the wheel-mounted paddles, it’s responsive and fast to change. 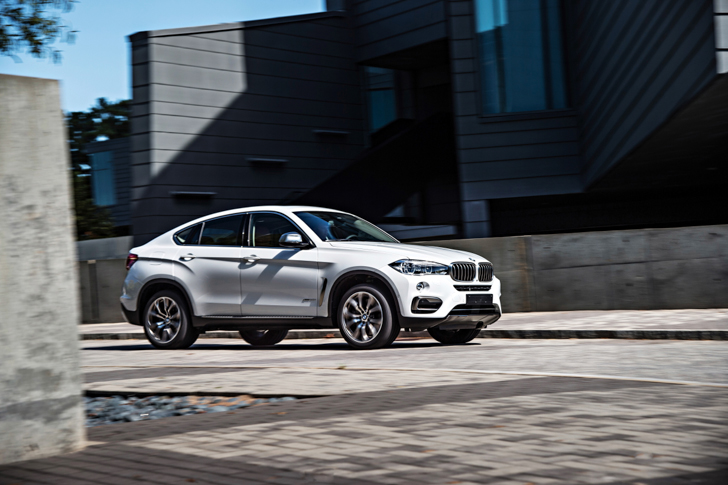 BMW is proud of the dynamic capabilities of the new X6, and set up an in-depth series of exercises to demonstrate them to the press at its Performance Centre in Spartanburg, South Carolina – which is also where the car will be built. One doesn’t normally expect the launch of an SUV to include a session on track (the Porsche Macan aside) but a few laps of the tight handling circuit proves that the X6 really does have performance credentials. The mechanical grip provided by the specially-developed Dunlop SportMaxx tyres is phenomenal, and the balance of the X6 is really something – it’s entirely possible to swing it hard into corners, play with the attitude of the car mid-bend using the throttle and then hammer it to the outside of the road, the four-wheel drive system sending torque to where it’s needed for maximum traction and grip. Adaptive front suspension and air dampers at the back strike a great balance between stiffness and comfort and keep squatting and diving in check. It’s not often that I say that an SUV is fun to drive, but the X6 is a hoot at the limit.

Out on the road, where the handling boundaries are lower, the X6 still entertains. The steering is hefty and in Sport and Sport+ mode genuinely engaging, allowing exhilarating surges in pace with a mere flex of the right foot. In Comfort mode things are loosened up somewhat, which makes for quiet and relaxed progress. The ride is more than acceptable, but not as quilted as something like a Range Rover Sport. The larger bumps in the road are ironed down by the suspension, but they still make it to the cabin. Still, it’s a big improvement over the previous model, which suffered from a stiffer ride. 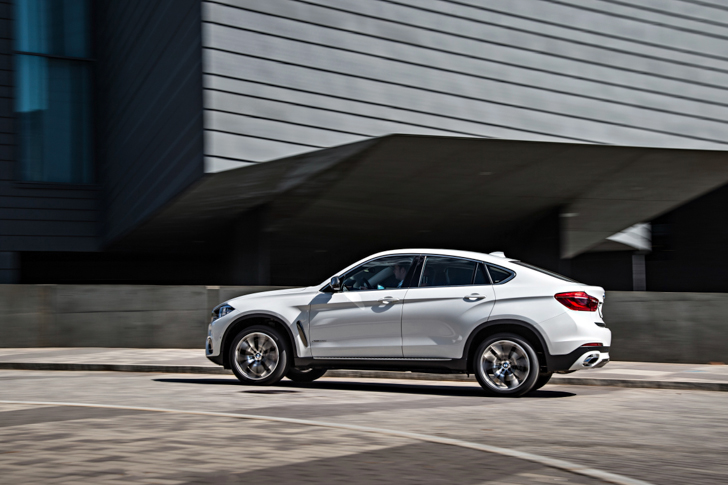 The X6 remains the only coupe-like SUV on the market right now, and it appears to be a niche for customers that buy with their hearts rather than their heads. Mercedes-Benz will jump on the same bandwagon next year with its MLC, hoping for a part of a segment that is proving surprisingly popular.

I still don’t really understand the point of the X6, but there’s no denying that taken on its own merits it’s an excellent machine. It handles far better than anything of its size and height should, and retains a level of comfort and quality that one expects from a premium brand like BMW. If you really want an SUV at the sporty end of the spectrum and don’t mind compromising a bit of practicality in the name of style, then this is the car for you. In short, if you liked the old X6, then you’ll love this one.