Alfa Romeo’s first performance SUV is also one of the best. 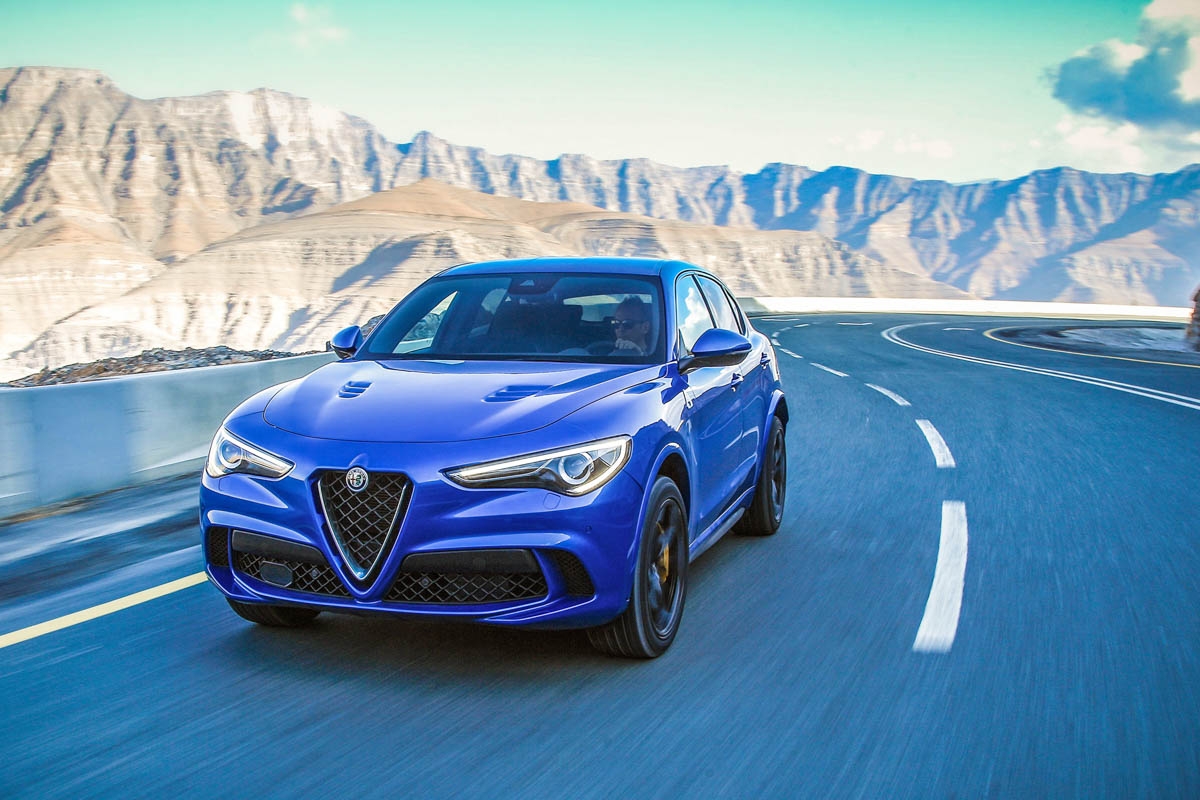 The small SUV with the performance of a super saloon is a peculiar beast. Some miss the target (Audi SQ5), others get close (AMG’s GLC 63 model) and one scores a direct hit: Porsche’s Macan Turbo. It’s the latter car that Alfa Romeo set its sights on beating when developing its first performance SUV, the Stelvio Quadrifoglio.

Taking a regular Stelvio, itself one of the few SUVs with some character a driver can engage with, Alfa Romeo’s engineers, led by Roberto Fedeli, whose CV includes Ferrari’s 599, F12 and 458 Specialie, and the Giulia Quadrifoglio, set about developing not only a rival to Macan Turbo, but the class leader. With 503bhp, a sub four-second 0-100kph time and a 7min 51sec lap of the Nürburgring, the Stelvio Quadrifoglio has all the ammunition it needs to take down Porsche’s junior SUV.

Beneath the Stelvio QV’s aluminium bonnet is the 2.9-litre, twin-turbo V6 as found in the Giulia Quadrifoglio. Power is the same at 503hp and the eight-speed ZF gearbox has been recalibrated to suit both the increase in kerb weight over the saloon and the four-wheel drive transmission. It’s the first time this engine and gearbox combination has been offered with Alfa Romeo’s Q4 driveline.

Default mode for the Stelvio QV is rear-wheel drive and it’s only when the system detects an angle of slip or a loss of traction that it will direct up to 50 per cent of the engine’s torque to the front wheels through a carbon-fibre propshaft. There’s a rear differential, active torque vectoring and Alfa’s Pro-DNA switchable drive mode system as standard.

The car comes fitted with cast iron brakes although ceramics are optional. The 20-inch wheels are fitted with a Pirelli P Zero tyre as default but the Giulia’s standard P Corsa tyres another cost option.

Aluminium features extensively through the Stelvio QV. The double-wishbone suspension at the front and the four-and-a-half multi-link rear set-up are forged from the metal, so too the bonnet, doors, brake carriers, wheel arches and the engine. The resulting 1830kg kerb weight is a useful 170kg lighter than Porsche’s Macan Turbo.

Taken from the Giulia Quadrifoglio, the Stelvio’s 2.9-litre, twin-turbocharged V6 produces 503bhp at 6500rpm and 442lb ft of torque between 2500 and 5000rpm. Driving through a revised eight-speed ZF automatic gearbox, Alfa’s performance SUV will reach 100kph in 3.8-seconds and crack 283kph – that’s a full second quicker than Porsche’s claim for the Macan Turbo and 18kph faster, too.

With this being the first time Alfa has mated its turbocharged V6 with a four-wheel drive drivetrain, the development’s focus was to secure a considerable performance advantage to offset the weight increase. With the aforementioned acceleration figure and that 7min 51sec lap of the Nürburgring, Alfa is confident it’s ticked that box.

Pretty darn good as it goes. From the get go it feels light and responsive and benefits from the quick and direct steering enjoyed by the Giulia QV, giving it a Golf R style of response rather than that of a tallish SUV weighing the wrong side of 1800kg.

The 2.9-litre V6 loses none of its brio in the Stelvio, although it doesn’t rev as quickly below 3000rpm due to the four-wheel drive system and associated hardware. As the tacho sweeps beyond 3,000rpm the Stelvio QV takes off like a Turin taxi driver mainlining double espressos. Left in automatic mode the ZF delivers each ratio with an instant seamless shift, but as with the Giulia, you’ll want to use the beautiful aluminium paddles fitted to the column and change gear yourself.

You’ll also want to select Dynamic or Race mode on the Pro-DNA system. Not only does the throttle’s response and the ZF’s shifts sharpen up, but the ESP loosens its reigns, too (it switches off all together in Race mode) and the exhaust valves open to turn the volume up. The result is rabid performance as the Stelvio bursts from corner exit to the next entry, devouring straights at a rate Audi RS, BMW M and Mercedes-AMG owners will recognise.

On the impeccable tarmac of our Middle East test route, there was little need to switch the dampers to their soft (Dynamic) or mid (Race) setting. What the race track’s smooth tarmac did highlight was the standard front Pirellis’ eagerness to relinquish their grip. While it’s satisfying to feel the rear edge wide as the Stevlio drives itself out of a corner, the sensation of the outside front tyre giving up very early during the turn-in phase of a corner is less appealing and requires a very controlled right foot. The optional Pirelli P Corsa tyre would be a must for us.

Overall the Stelvio QV is an impressive piece of kit. Steering, brakes, chassis and that engine combine to deliver an unexpected but welcome slice of enjoyment. It masks its weight well, has impressive body control and only a heavy-handed approach will see it run out of ideas. If an SUV is unavoidable in your garage, and until now only Porsche’s Macan Turbo was on your radar, you’d be missing out by not adding Alfa Romeo’s Stelvio QV to your list.

The Stelvio Quadrifoglio won’t go on sale in the region until the summer of 2018 and at the moment there is no price confirmed. As a ballpark we expect it to cost in the region of $6,710 more than the $81,870 Giulia QV.

Previous ArticleNew Lamborghini Urus SUV revealed in full – due in 2018
Next Article Porsche 718 Boxster GTS review – as good as the Boxster can get? 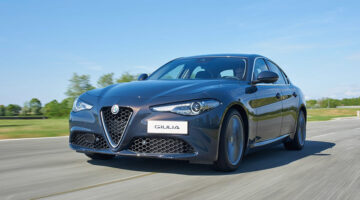 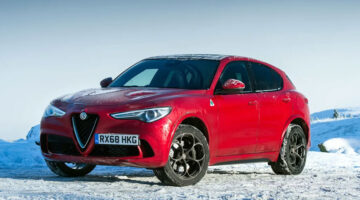