After years of steadily priming itself, Mercedes will join Jaguar and Audi in finally responding to the electric car revolution 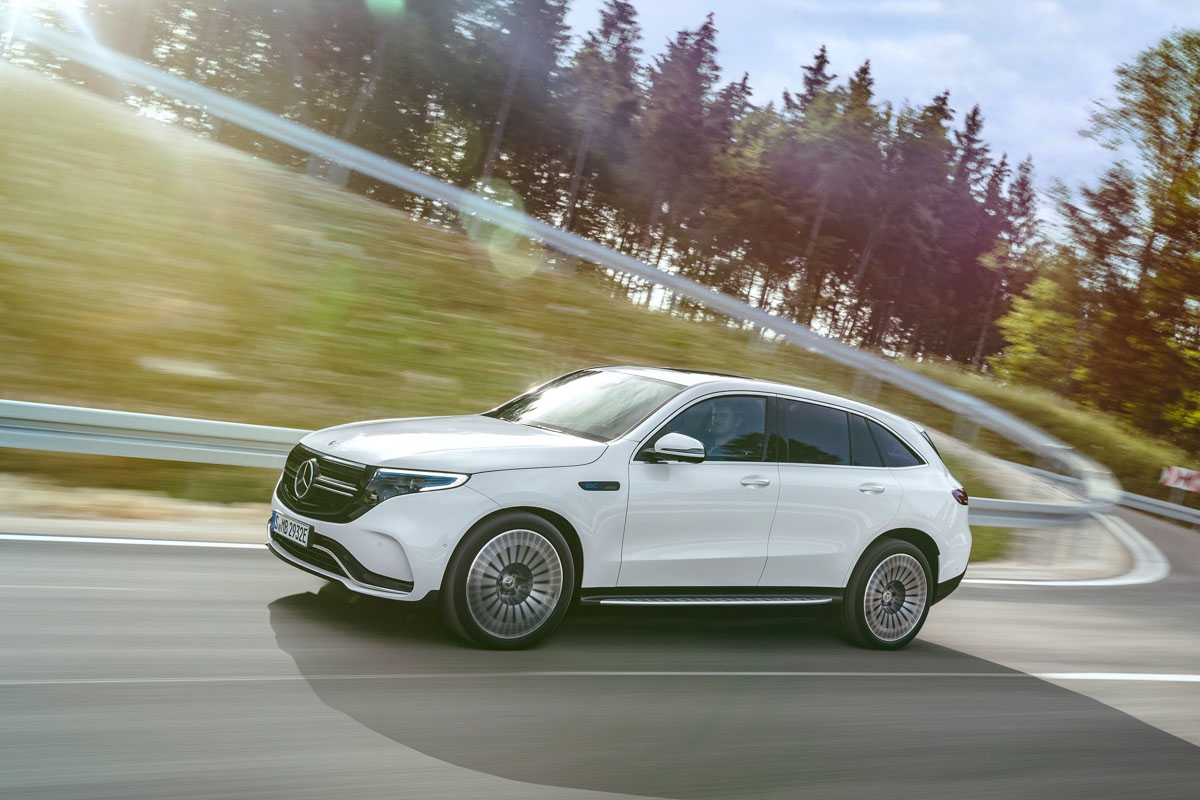 Image 1 of 13
This is not just a new Mercedes SUV, the new EQC is just the beginning of a whole new range of Mercedes-Benz models, with an all-new powertrain, and an all-new ethos, responding to the incoming electric car revolution.

Headline figures are impressive, if still overshadowed by those of top-specification Teslas. It’ll produce 402bhp, reach 100kph in 5.1sec, and has a NEDC range of 449 kilometres (it must be noted this is not on the new WLTP regulations, so will likely be lower in real-life scenarios).

Mercedes-Benz isn’t alone in launching a premium EV SUV. Tesla has been in this space with its Model X for a while now, and Jaguar’s I-Pace has proved to be an impressive, if not perfect example, but this is the first time that one of the really big players has shown its hand with a bespoke, blank-page electric car, built in its own factory and with its own batteries.

Mercedes’ biggest problem will likely come from closer to home, as its fellow German rival, Audi, is also within weeks of launching a near-identically sized electric SUV called the e-Tron. Even the numbers are spookily close, but for now let’s focus on what Mercedes sees as its future and if it’s one worth looking forward to.

Like most other premium electric vehicles of this type, the EQC will have two electric motors – one mounted on each axle. This gives the EQC all-wheel drive, as well as active torque vectoring between the axles and individual wheels. The aforementioned 402bhp is supplemented with a stout 564lb ft of torque, available from zero rpm. This is an identical power figure to the incoming Audi e-Tron and 7bhp more than a Jaguar I-Pace.

Size-wise, the EQC is closest to the mid-sized GLC, being much the same width, a touch longer, but also slightly lower. Interior space is also similar, seating five. Despite the electric drivetrain and the added weight of its 80kWh battery pack (itself 650kg), electric cars have a habit of driving just as well as their internal combustion rivals thanks to an inherently low centre of gravity. The trade-off is that weight figure, which Mercedes is quoting at a hefty 2425kg.

Inside the cabin you’ll see a mix of existing Mercedes design tech such as the slick dual-screen dash layout and MBUX operating system first revealed on the new A-class. The aesthetic has taken on a more contemporary approach against most modern Mercs, with lots of copper accents, brushed aluminium trim and a ‘hoop’ of finned metal inspired by the cooling vanes on an expensive hi-fi.

To show off all this new tech within, the exterior also deviates from Mercedes’ current design language, integrating a single perspex headlight and grille treatment that will form a continued design characteristic on other EQ models. A nifty design element is the first full-width daytime running light element on the front, with the headlights joined by a fibre-optic element above the huge three-pointed star, giving the effect of a nearly unbroken line between both headlight units. The rest of the body is broadly familiar as a Mercedes-Benz, although the generic rear end could be one of many different models.

Mercedes has not yet mentioned any international prices, but with specifications so closely aligned with rivals like the Jaguar I-Pace and incoming Audi e-Tron, we’d suspect it will sit somewhere between $75k to $102k, as the Jaguar does.

Due to go on sale in the middle of next year, the EQC is an important car for Mercedes-Benz. It was, after all, one of its founders, Carl Benz, that literally invented the passenger car. This is now Merc’s turn to try to re-invent it. Leaving to one side the argument of the investment in infrastructure required to make electric cars a truly mainstream option, it makes for a fascinating time to see how the current industry juggernauts adapt to the incoming revolution, the EQC being just the first.