A beautifully shot vignette from M-design on a 1968 Mustang Shelby Cobra GT 350. 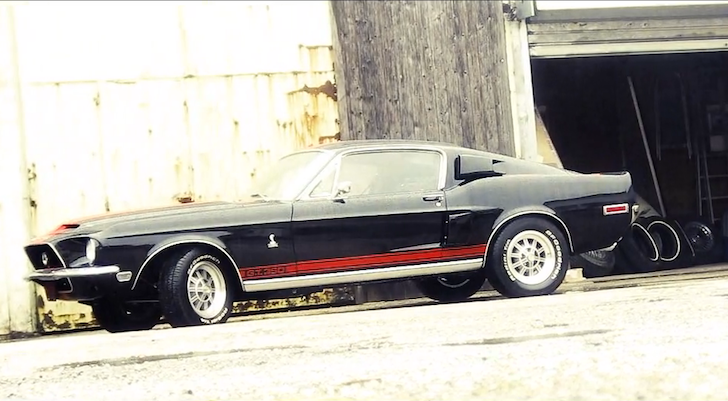 “My name is Carroll Shelby, and performance is my business”

Equipped with Ford’s 289 cubic inch/ 4.7-litre V8, the Shelby Cobra – as it was now marketed – GT 350 may had a sizeable amount of its limelight nicked by its GT500 elder brother in 1968, equipped as that was by Ford’s ‘bread and butter’ 428 cu in (7.0-litre) V8 from a police interceptor and therefore capable of bringing grown men to their knees weeping.

45 years later, and given that the great man is no longer with us, the GT 350 still holds a firm place in many muscle car hearts, boasting as it did the same performance architecture of its predecessor albeit with a racier, angrier look to go with it. The fact it also had SHELBY written across the tail lip spoiler and a serpent on each alloy pretty much secures its place in motoring legacy.