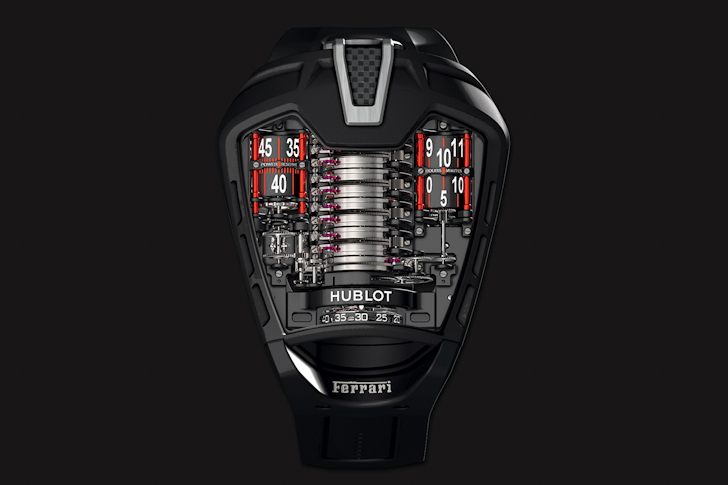 Chances are your thoughts on the new MP-05 LaFerrari watch are similar to those about the real thing: every fibre of your being immediately wants to own one, but you’d stop short of calling it ‘pretty’. Like most Ferraris though, it’s the mechanics behind it that leave the lasting impression. 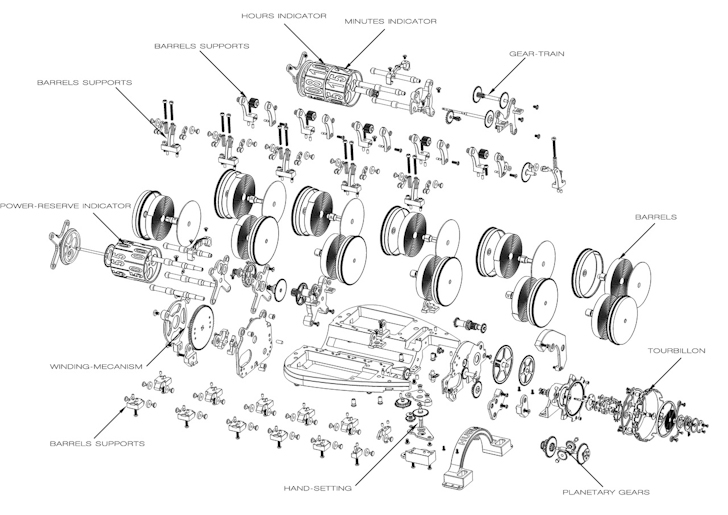 The MP-05 (we checked, this doesn’t mark the beginning of a subtly veiled rebranding of McLaren’s MP4-12C) is so closely linked to its tributary model that technology and design was developed in parallel with its Maranello counterpart. As such, renowned horologists Hublot Manufacture have been able to keep the tribute accurate.

So finely crafted are the 637 individual pieces – and that is a record number-, by the by – that power in the MP-05 will last 50-straight days without having to be wound. Each of the 11 barrels, arranged in a spinal column and interconnected, works in tandem with those surrounding it to optimise momentum, and keep the watch running both consistently and accurately. 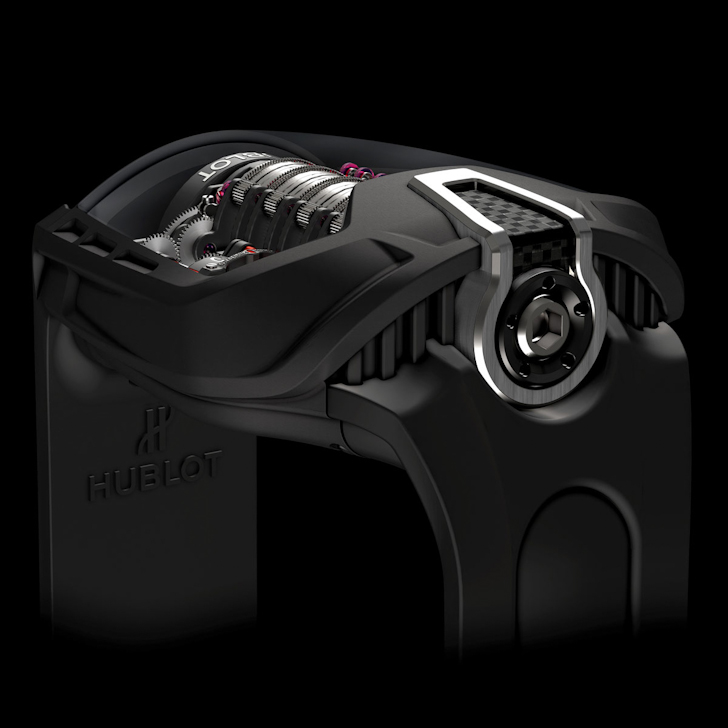 The fact that you can’t really tell what the time is has been considered, with SuperLuminova being used to make the numbers more distinctive. The MP-05 is made from sapphire crystal and black PVD titanium and features an open-case back to show the mechanics in all their glory. Of course, no motoring-inspired timepiece is complete without traces of carbon fibre either. 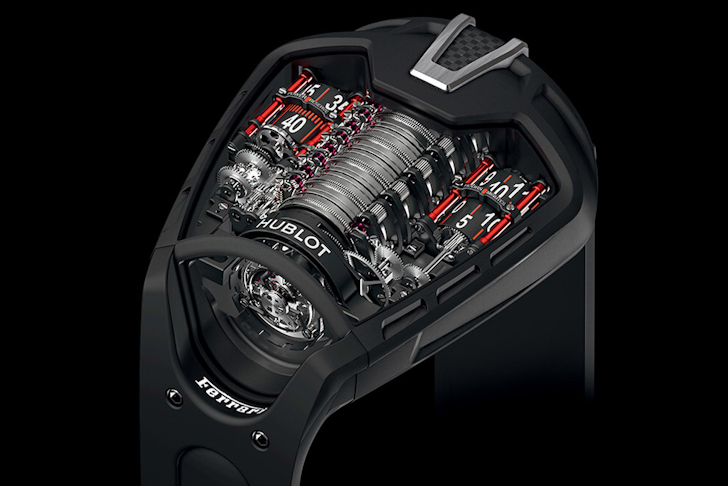 Unsurprisingly, the MP-05 is only available in limited numbers, with 50 in total being produced. The price tag is still TBC, so we’re fairly confident you’ll be well on your way to affording a real LaFerrari when you fork over the bills. 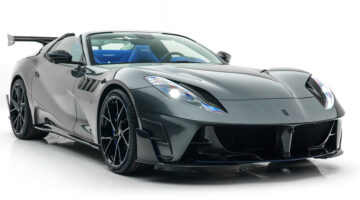