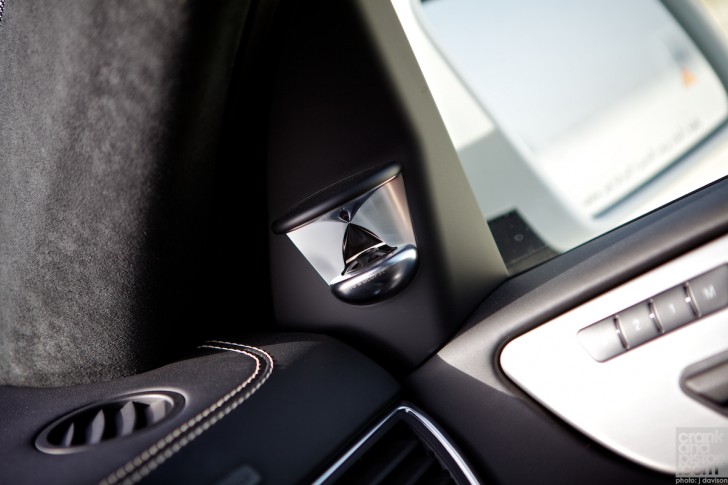 As can tuning the radio, which requires using both the buttons and the rotary dial and takes more attention than ideal whilst travelling on the road (though I will admit the Bang & Olufsen BeoSound speakers are a work of art). Even despite the multifunction steering wheel, the convoluted system means changing the digital readout from miles to kilometres again takes more grey cells than I’d care to admit, and the sensitivity of the Active Blind Spot Assist did start to grate after a while. 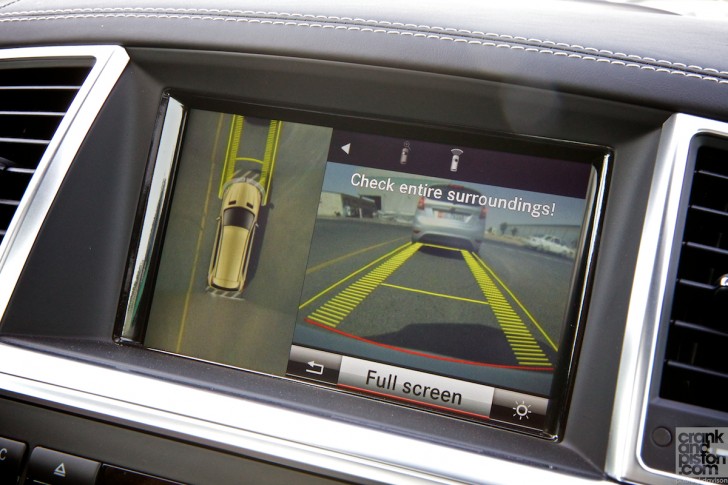 Saying that the Active Lane Keeping Assist system, which automatically steers the GL back into line if the side wheels drift out of lane, is a feature I found particularly clever. And a subtle reminder of just how big the GL really is. On the beach, low-range 4WD and plenty of room to play with makes driving the behemoth off-road a piece of cake, but towering above fellow road users on the city streets rubberstamps its size quickly. Thankfully said brute comes with 360 degree cameras, meaning your chances of careening into something and destroying it are limited. 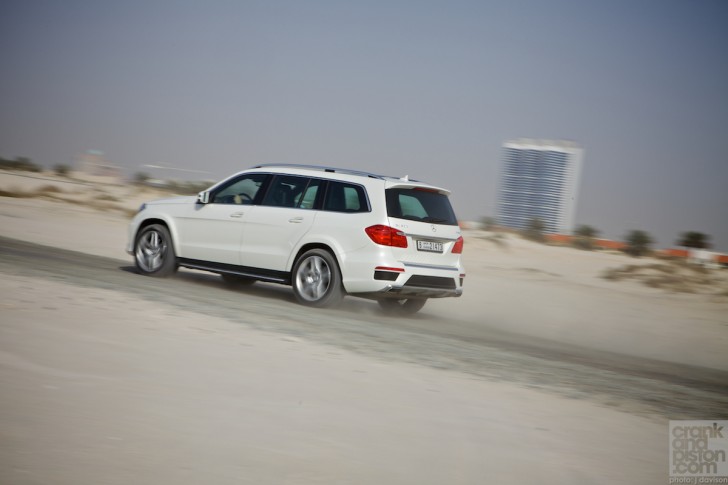 The big 4.6-litre biturbo V8 under the bonnet does prove an irresistible urge to take the brute for a spin after dinner, especially since 435hp means a 5.4-second 0-100kph time and an electronically limited 250kph top speed. Despite the GL’s pretty lardy 2445kg kerb weight, the beast is also astonishingly quick. 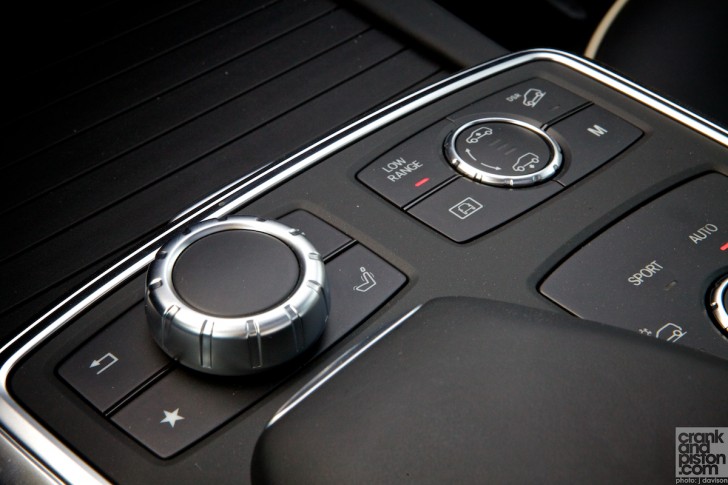 Plant the right foot and your head will suddenly be wrenched back against the headrest as the Merc lurches forward. Despite waiting a beat for the seven-speed automatic gearbox (which also comes with paddles) to shift, acceleration is very linear, a quick blast from the turbo at the 5000rpm mark giving extra incentive to let the V8 sing. Switch the two-way drive mode rotary dial to Sport (which in a neat touch retracts into the centre cluster when pushed), and the ferocity of pick-ups increases even more as throttle settings are remapped. It’s in the corners though that Sport mode particularly impresses. 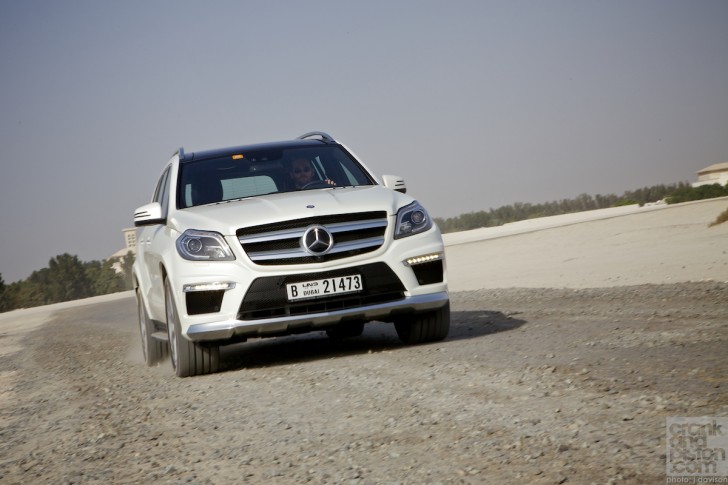 Yes, there is understeer. And body roll. And lag through the gearshifts. But even then, the handling and balance – with suspension settings tightened and steering response heightened – of the GL is surprisingly good. Solid heft at the wheel and a widened wheelbase mean flinging the Merc around (to a certain extent at least) proves incredibly entertaining. Just bear in mind that bringing 2445kg to a stop is as hard as it sounds: the 19-inch sport brake kits offer plenty of feel, but throw the anchors out and all that weight is suddenly poking you in the back. 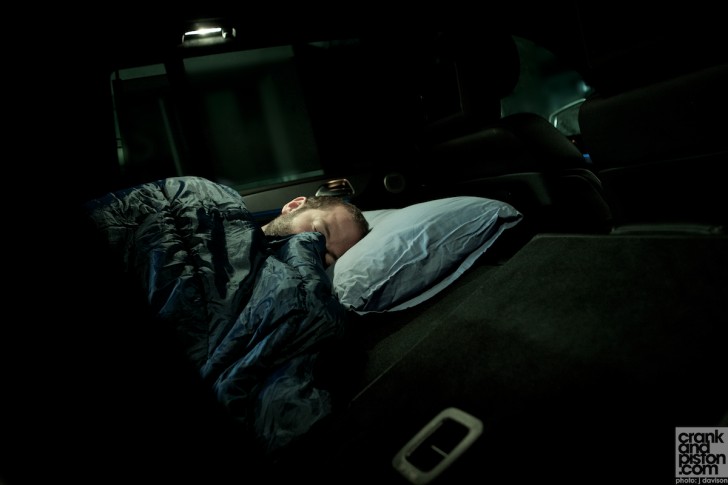 Hooning complete, it’s time to settle in for the night. Folding the third row seating flat (courtesy of two electric buttons next to the rear seatbelts) and the second row seating almost flat takes very little time and effort, while sunblinds across the rear windows work nicely as curtains in my new bedroom. Even at six-foot plus tall I can still lie flat in the GL, though I might perhaps invest in an air mattress at some point. 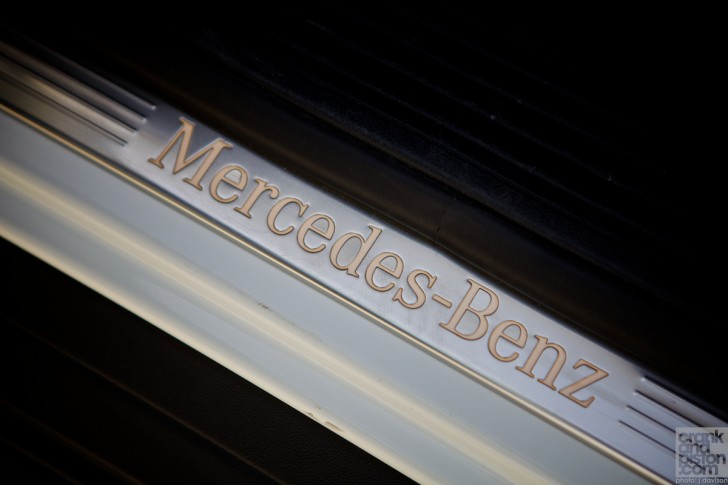 One day completed in my new home, and all’s gone swimmingly. I can even drive my new flat to work, once I’ve taken care of my morning ablutions and grabbed a quick shower…

…ah… perhaps I haven’t thought this through after all.