The last time crankandpiston took a spin in the Mercedes CLA, it split opinion. Will we fare better second time around

I’ll be honest, I’ve been sitting on this review for a while now, and it’s a hesitation that harks back to my drive in the more powerful CLA 45 AMG. It certainly looked the part, and with 355bhp on tap, it was sprightly enough to warrant those three hallowed letters. And yet it was a driving experience that ultimately left me hollow, for the lunacy I’d come to expect from that Affalterbach warning label just wasn’t there, nor was there the same darting nimbleness of AMG’s lower-range A45 on which the CLA was based. In aiming for both, the 45 had missed.

So when approached by Mercedes to put the less-performance focused CLA 250 Sport through its paces, I was dubious: given its proclaimed sporting DNA, would the 250 also fail to deliver? It took a few ‘oh go on’s before I finally relented. 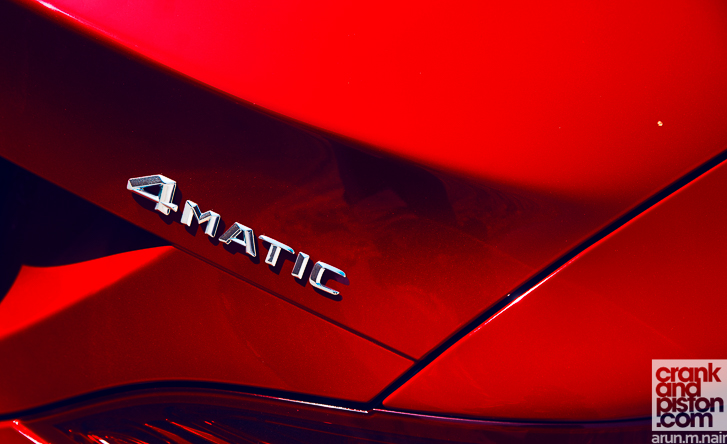 How does it look, inside and out?

Like the CLS that inspired it, the CLA is another step shift for Mercedes, aiming as it does to offer the same panache and appeal as its larger, more premium brethren for a more affordable cost. And from a purely cosmetic approach, you could say that Mercedes has pulled this off. The more rounded nose, frameless doors and curvaceous bodylines arguably offer a more distinctive look – perhaps even a more emotional appeal – than segment rivals 2-Series and A3 Saloon from BMW and Audi respectively, even if the rather droopy rear end may not be to everyone’s tastes. Ironically, it’s that distinctive sloping roofline that leads to one of several issues in the cabin: on paper the 250 is a five-seater, but limited headroom and even less room below the knee mean there’s little chance of that with five fully-grown humans. Up front, headroom for the six footers is again at a premium, the whole package consequently a little more claustrophobic than we’d expect from a four-door saloon. Saying that, a couple of hard plastic surfaces and that inelegantly mounted touchscreen aside, it’s nevertheless a well-built and stylish design.

So far, so reasonably striking then. Indeed, such is the focus on ‘visual appeal’ that you could easily forget the 250 Sport houses a detuned version of the same 2-litre turbocharged four-cylinder as the CLA 45, plus the same 4MATIC all-wheel drive setup. Numbers do drop to 218bhp and 235lb ft of torque accordingly, but don’t let that ‘Sport’ badge fool you. This is not a performance machine. 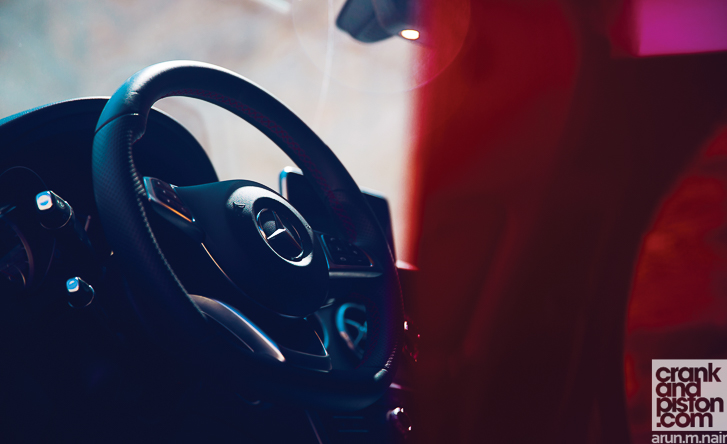 Well, take the steering for example. Consistent and well-weighted at a cruise, there’s not a huge amount of dynamic polish at work when you really start to lean on the front end. Feedback is vague and uninterested, resulting in a lack of connection to the front wheels, despite the tyres offering enormous levels of grip. Still there’s a natural tendency to understeer, and although there’s limited lean thanks to a low centre of gravity, there’s too little communication to really drag me in by the hairies.

It’s a similar story with the engine and gearbox. Stick with ‘ambling about town’ mode and the system provides a smooth transition of speed (I’ll refrain from using the word ‘sensation’) as does the seven-speed dual clutch automatic. Should you get overly amorous with the loud pedal though, it’s a different story. In the lower revs that turbocharged unit is punchy, most definitely, but lacks grunt in the high rpm range, and this – plus a lack of Mercedes’ usually rorty soundtrack – means the whole experience lacks enthusiasm. Mercedes’ seven-speed gearbox we’ve taken issue with in the past too: it’s not the most obedient and leans more heavily towards nannying than we’d like when we dare step too close to the redline. Not wishing to be all doom and gloom though, the shifts are at least crisp and smooth. 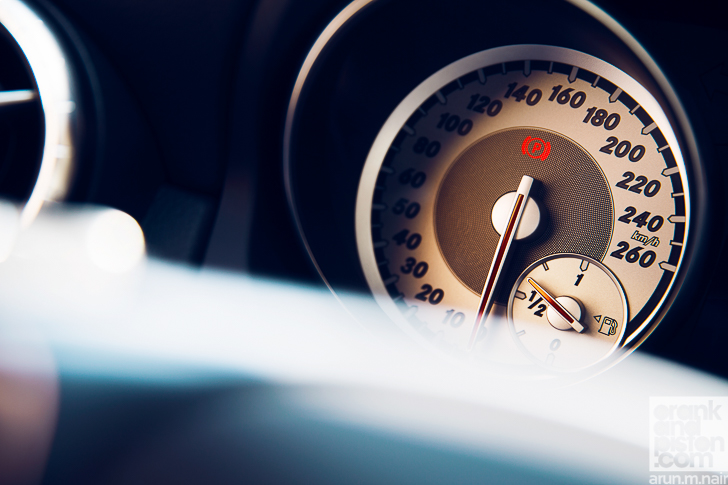 I’ve saved the final culprit to last though…

As a non-AMG refined saloon, ‘issues’ such as a lack of dynamism could be forgiven. Where the CLA 250 Sport falls short in this regard though is the suspension: in Sport chassis setup, the ride is incredibly firm thanks to a 15mm and 20mm drop in ride height with few overt benefits to the balance; in Comfort, there’s little tangible affect to the ride, the damping crashing over everything but the smoothest of asphalt, a far cry from the civility we’ve come to expect from saloons affixed with a three-pointed star. 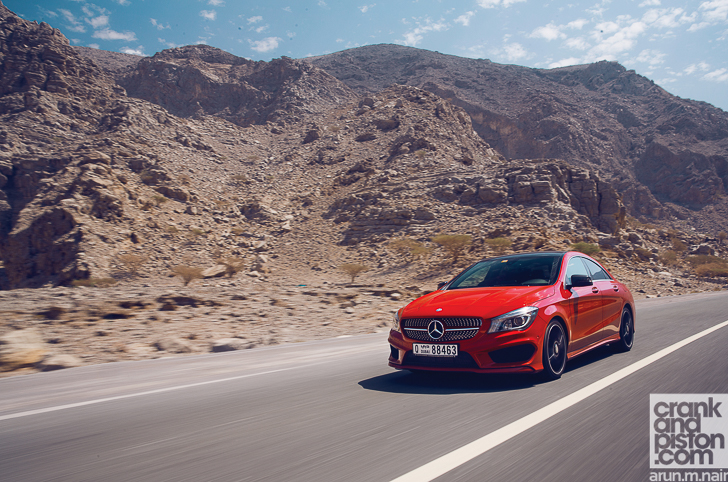 Like the CLA 45 then, my drive has ended in confusion. As a model aiming for ‘emotional appeal’, the CLA has ticked the necessary boxes, offering a striking look as well as smooth acceleration, reasonable balance, and a cabin which, give or take a tweak, is of typical Mercedes quality. And yet at the same time, the turbocharged four-cylinder lacks excitement, the steering is underwhelming, and the ride quality is – if we’re being polite – questionable. Then there’s the $52K asking price, which lifts the CLA 250 dangerously close to Jaguar XE territory, a model providing just as much – if not more – panache as Mercedes’ smaller offering but with punchier acceleration and more impressive handling.

Once again, even despite the highlights, my experience of the CLA has left me a little hollow.

Previous ArticlePorsche 911 GT3. 360-degrees of amazing
Next Article Inside the machine. Bloodhound SSC