AMG’s filling in the gaps with the 302bhp CLA35, but there is more to come from AMG 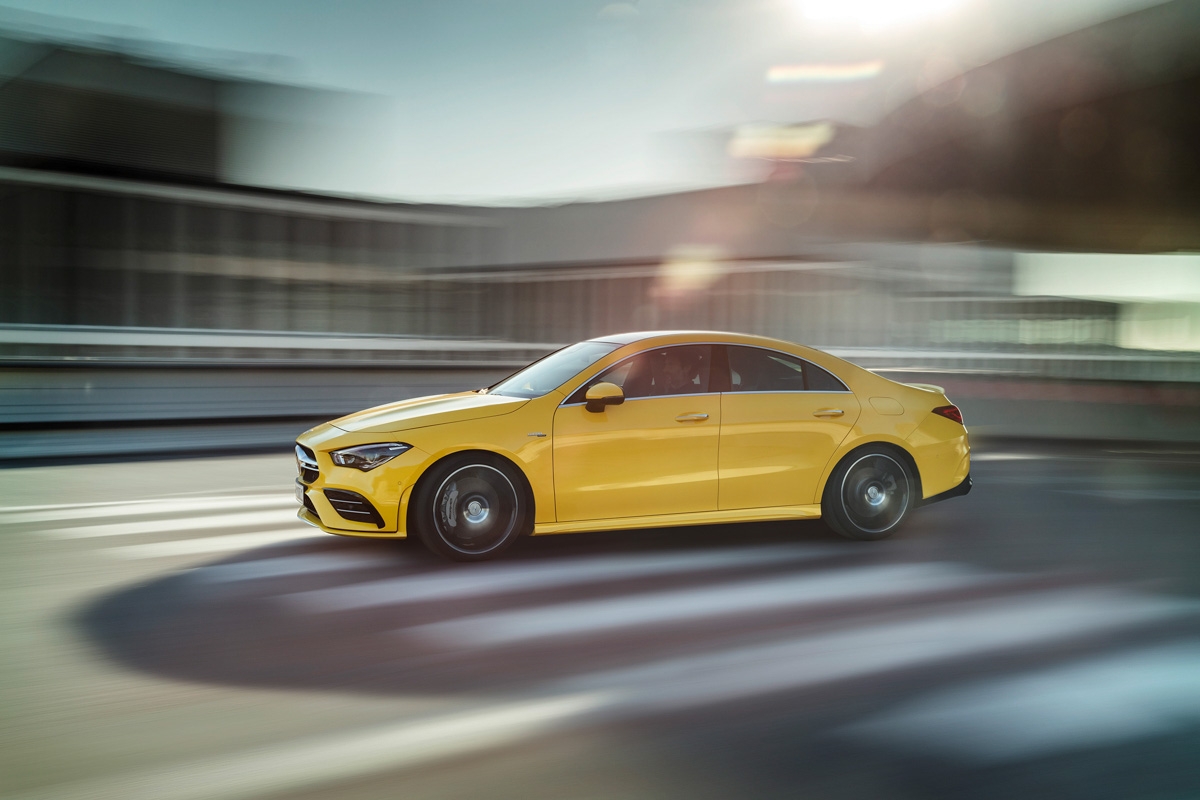 Mercedes-AMG has revealed the new CLA35, combining the CLA’s sleek new body with the A35’s 302bhp turbocharged four-cylinder engine. This isn’t, perhaps, a surprising model from Affalterbach, but if you’re in the market for a 300bhp or so hot hatch, and don’t like the hatchback bit, the CLA35’s sleeker appearance might make this a desirable alternative to the more upright A35 saloon.

The CLA is 139mm longer than said A35 saloon, and sits both wider and lower on the road, giving it a distinctive shape from its more upright siblings. Under the skin the three are identical, sharing the same M260 1991cc turbocharged four-cylinder engine as found in other A-class models. Power is rated at 302bhp at 5800rpm, with a peak 295lb ft of torque spread between 3000 and 4000rpm.

is a twin-scroll unit – reducing turbo lag and improving overall response – which sends its power to all four wheels via a seven-speed transmission. Performance times are on a par with the CLA35’s closely related model range siblings, reaching 100kph in 4.9sec via a launch control system, and topping out at 250kph.

The transmission is the same unit as found elsewhere in the A-class range, but has new mapping and more aggressive shift patterns depending on the selected driver mode. To increase torsional rigidity, AMG has stiffened the front of the CLA’s structure with two diagonal struts fitted between the front suspension mounting points and nose clip. There is also a new shear panel bolted directly underneath the engine, adding yet more torsional stiffness from the underbody.

The all-wheel-drive system is also familiar, having featured in other A-class models, with power directed to the front wheels most of the time, being shunted back via an electro-mechanical clutch pack on the rear axle. This system is much like a Haldex clutch system seen within the VW group, but power here can only go as far as a 50:50 front:rear torque split. The brakes are made up from four-piston calipers on the front axle, gripping 350mm discs, with more traditional sliding calipers on 330mm discs on the rear. Three-way adaptive dampers are also standard fit, as is an active valved exhaust.

The styling is near-identical to that of standard CLA models with the AMG-line package fitted. Typical second-tier AMG styling elements are to be found here though, made up from the twin-bar front grille, round exhaust outlets and chunkier rear diffuser.

But the CLA35 is merely a precursor to something far more enticing. The CLA45 AMG has already been seen slithering away on the Nürburgring during final development work thanks to a clever rear-biased all-wheel-drive system and over 400bhp. Now that’s more like it.