Following its announcement in Geneva, the British marque has teased the new model ahead a May reveal 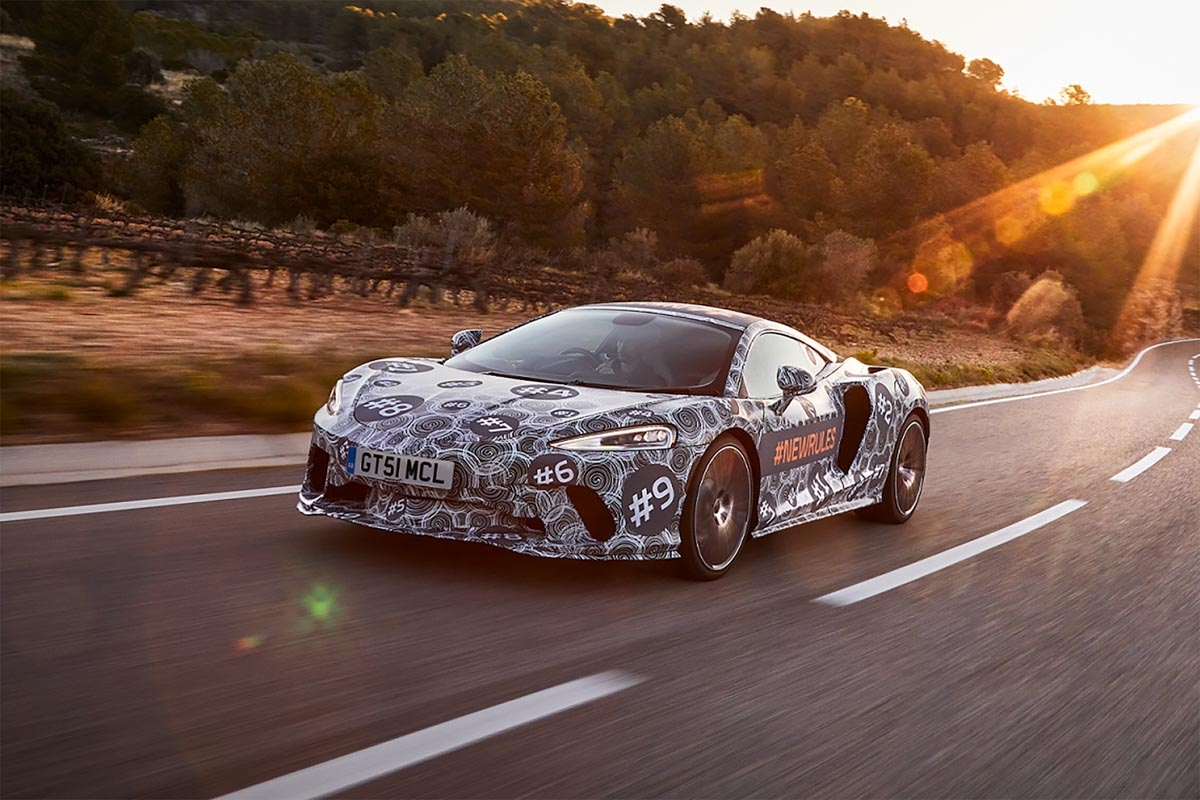 Last month at the Geneva motor show, McLaren CEO Mike Flewitt announced that the brand would redefine the Grand Touring segment when it released a new Grand Tourer model –  it has now confirmed that it will remove the camouflage next month for a full reveal of the all-new model.

“The fourth McLaren to be introduced under the Track25 business plan will be our interpretation of the Grand Tourer. It will be a car that combines competition levels of performance with continent-crossing capability, wrapped in a beautiful lightweight body. It’s a car that has been designed for distance and one that will also provide the comfort and space expected of a Grand Tourer, but with a level of agility never experienced before in this segment.” commented Flewitt during the press conference.

While details are certainly few and far between at this stage – we know neither the car’s name or design, although it will be powered by a new V8 twin-turbocharged petrol engine – a video of a heavily disguised prototype was shown to the assembled members of the press which bore the hashtag ‘New Rules’ and a series of numbers that appears to refer to the fact that this GT will be the tenth new road car launched by the Woking firm and the fourth car in the company’s $1.58bn Track 25 plan.

Expect the new McLaren Grand Tourer to be both sleek and beautiful but still to follow McLaren’s philosophy of every detail being there for a purpose. To fulfil its role as a more GT orientated machine the new McLaren will have a more spacious interior than its predecessors as well as offering increased luggage capacity.

Flewitt’s reference to the Speedtail and promises that the Grand Tourer is expected to be the most usable mid-engined car to date possibly hint at a three-seater layout for the GT. However, this would make homologation in the US a very complex and possibly nigh-on impossible procedure and it’s unlikely McLaren would cut off a revenue stream for what may be the car’s biggest potential market. Quite how it’ll be the most practical mid-engined machine remains to be seen.

The McLaren Grand Tourer won’t form part of the company’s existing model series but will be a unique, tailored model. Closer to the 570S Coupe in terms of performance, McLaren’s new GT was described to evo by a McLaren insider as the entry point to series of GT cars, with the Speedtail positioned at the top of the tree with the potential for a third model to be based on the current 720S Super Series model.

Despite its GT credentials the new McLaren will remain true to the company’s lightweight philosphy, using the MonoCell carbonfirbre tub technology employed throughout McLaren’s models. In order to meet the luxury and refinement levels expected of a GT car McLaren will turn to new lightweight materials for use in the interior.