It appears the rumours are true and the McLaren 12C is officially dead. Long live the 650S! Er, hopefully…

McLaren Automotive has been on a major crusade over the last three years, pushing the boundaries of supercar capabilities further than we ever thought possible. First strike went to the MP4-12C (later abbreviated to 12C) which slotted into Ferrari 458 Italia and Lamborghini Gallardo territory despite McLaren doing things differently in their very own Woking way. Next up came the P1 Trademark which, by all accounts, seems to have set the bar on a new game rather than being a current game changer. And now we have the 650S which, initially, was meant to slot somewhere in between.

Our man Bassam is currently lodged in a 650S at the Ascari Race Resort in España and it will be interesting to hear what he thinks about the latest McLaren. Especially so considering he is such a fan of the 12C. However, the word on the street (and track) is that the 650S is so much more than a 12C, McLaren has done it again and a new supercar has come to market making us all wish we had a little bit mo’ money in our pocket for a McPurchase.

Now, I am possibly not best edumacated to pass judgement (when has that ever stopped you? – Ed.) but I have been thinking from day one that the 650S is a McLaren marketing blunder. McLaren has categorically stated from the outset that the 650S was not a ’12C Special’ to go head-to-head with the 458 Speciale. The 650S is based on the 12C but has 25% new parts, technologies developed for the P1™ and is an evolution of the species. In essence, the 650S has been marketed as a completely different car than the 12C. And therein lies the problem.

The 650S may have 25% new parts but that means it is 75% a 12C. It may have a visage resembling the P1™ but it is clearly a 12C with a facelift when viewed purely on aesthetics. Yes, it does cost a little bit more than a 12C but the performance, braking and handling gains justify that. So who in the name of Bruce Almighty would buy a 12C? McLaren’s original statement that the 650S would slot between the P1™ and the 12C now seems a little redundant.

This has been backed up by McLaren already having enough orders to keep them working in Woking for the next six months and focusing all of their capacity on the 650S. And so the rumour that has been circulating over the last week seems official, the McLaren 12C will cease production. Great news for McLaren Automotive that the 650S has been so well received, not so good if you have just forked out on a 12C.

Both Ferrari and Lamborghini understand the subtleties of the ‘special edition’ and charge silly amounts of money for the privilege of owning one. But rather than killing off the model they are based on, they tend to enter the marketplace at that model’s half life and bolster sales of the standard model for those unable (or unwilling) to pay for that extra slight increase in performance or fancy stripes on the bonnet. 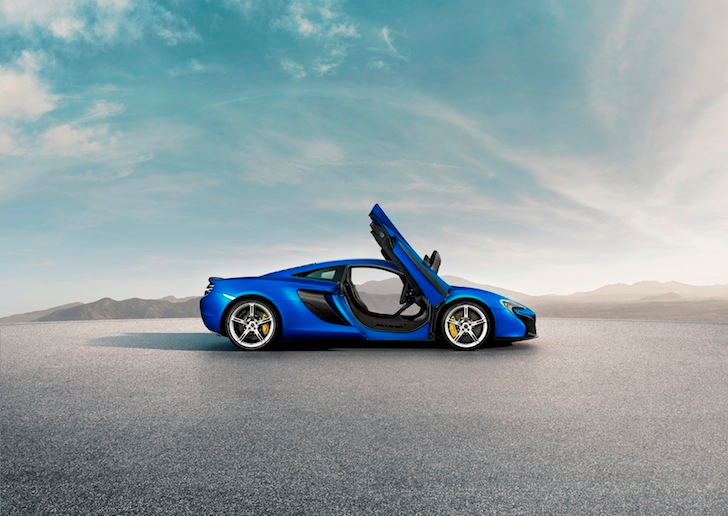 The 650S could have happily sat in the McLaren line-up. It is that insistence on giving it an unnecessary cosmetic dress-up and not calling it a 12C Special (or similar) by McLaren that has sealed the 12C’s fate. But McLaren are McLaren and always chasing perfection and Chris Goodwin even noted that the 650S was “something we might have done had we developed 12C for longer. But 12C had to go to market in that state. This is what the next step would be”.

Granted, the 650S has filled the order books and McLaren do not have the same scale of operations as Ferrari and Lamborghini so something had to give. And after less than three years, 12C production will end. As such, existing owners of the 12C are unlikely to be best pleased as the residual value of their ‘old  Macca’ will no doubt suffer now the new boy is on the scene. McLaren are offering a free Technology Upgrade with Active Aero software for 12C owners but, well, it’s not quite the same thing. Is it?

The only silver lining in this 12C cloud is for someone who really wants one but couldn’t previously muster up the pennies. Within the automotive world the value of any ‘not current model’ suffers, and especially so at this high-end of elite sports cars. With the ‘shiny and new’ kudos driving sales in the supercar kingdom, many owners will now be offloading their 12C for the latest McLaren. Well, unless they are so disgruntled now with McLaren that they decide to buy from an alternative manufacturer.

The 12C is therefore about to become the classifieds performance bargain and let’s not forget – as it has only been gone five minutes – it is (was) one of the greatest supercars ever made combining blistering performance and practical usability. The McLaren 12C has merely been pushed out of the way by something a little bit better. A little bit newer. That isn’t called the 12C Special. And which looks a bit like a P1™ from the front.