On road and on ice track in the Maserati Quattroporte S Q4 and Ghibli S Q4 in Italy.

Travelling 4711 kilometres from Dubai International Airport (United Arab Emirates) to Malpensa International Airport (Italy) followed by a two hour drive – for a half day play in the snow – before embarking on a two hour drive and a 4711 kilometre flight back to Dubai is a bit excessive. And that doesn’t include the time spent hanging around both airports like a bad smell. As everyone in Dubai knows, if you want to chuck a snowball in the desert you go to Ski Dubai in the Mall of the Emirates. Simples.

Problem is – despite all the fantastic amenities on our doorstep here in the UAE – not a single Emirate has manned-up to build the biggest ski slope in the world. Well, not yet at least. Even Olde Worlde Europe with its small buildings, smaller cars and antiquated ways has built itself a grand and snowy playground called ‘Alps’. It is here in northern Italy on Alps that you have the best chance of finding a sideways Maserati snow-hooning in the wild at this time of year. And that is something you just don’t currently get in the Middle East.

With wooly hat on and day pack packed it was off to Alps I did go. But before you get all carbonated footprint on me or start preaching about the plentiful supply of hooned Maserati in the Middle East there is something you need to know. These Maserati currently inhabiting Alps are a different breed. Despite their form and colouration matching regular Maserati, their genetic makeup is much different than your average, common-or-garden, trident-wearing automobile. And this subspecies has been categorised as ‘Maserati Q4′.

Both Quattroporte S and Ghibli S models – powered by the same 410hp, twin-turbo V6 – are available in Q4 form which denotes all-wheel drive. This is a new evolution of the Trident and a step into a lucrative market in which Maserati wants a slice. Sales of all-wheel drive vehicles in Europe have always been strong and nearly one third of all new vehicles sold in the United States in 2013 were equipped with either all-wheel drive or four-wheel drive. While a percentage of these sales can be contributed to crossovers, saloons are also showing a massive increase in popularity as buyers opt for all-wheel drive in search of safer vehicles. 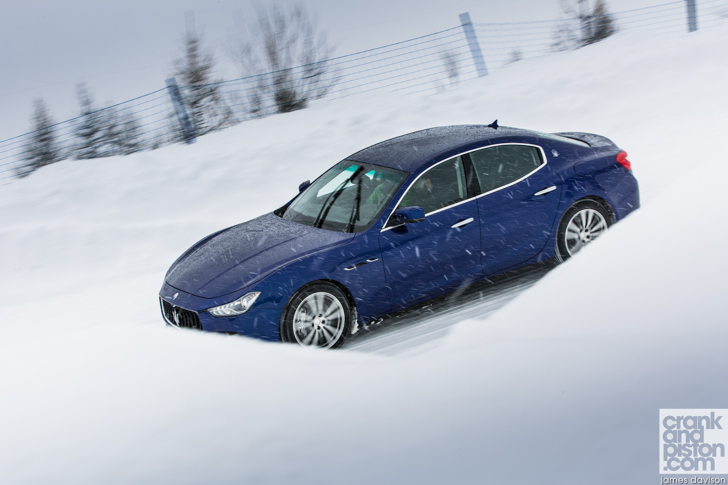 Maserati’s approach to all-wheel drive differs from many systems as it operates on feeding the rear wheels 100 percent of the drive until the “on-demand intelligent traction system” detects lost grip. For the technically savvy, it achieves this by using an electronically controlled multi-plate wet clutch, installed in a transfer case linked by a drive shaft to the front axle. And what that means is that drive can range from 100 percent to the rear wheels to an equal 50:50 split between the axles depending on road conditions, hard cornering or rapid acceleration.

With the exception of Q4 badging, there are no visual clues on either the Quattroporte or the Ghibli denoting all-wheel drive capability. However, driving on the icy and snow-covered roads around Cervinia in northwest Italy, the system inspires confidence in conditions that would normally induce buttock clenching in a rear-wheel drive car. What’s surprising is that – despite my theoretical understanding of the system – it is nigh on impossible to detect the power transference even when pushing it a bit harder into a corner than is normally advisable. Maserati claims the transfer happens in just 150 milliseconds and my Spidey senses aren’t fine-tuned adequately or calibrated to doubt that. 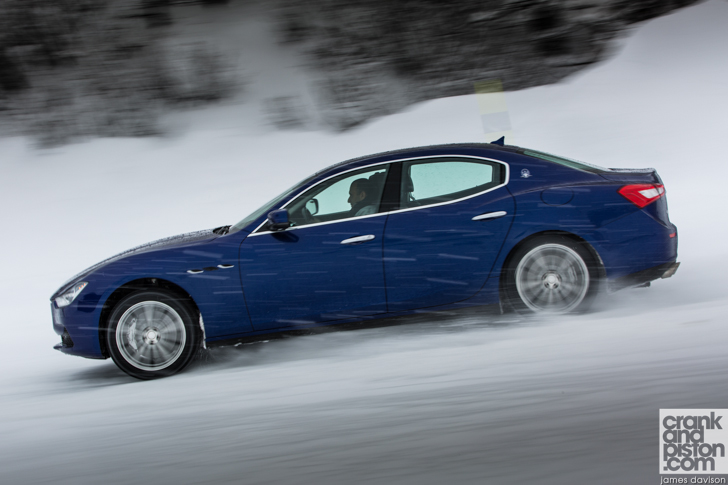 With snowfall increasing throughout the early morning and making the narrow Italian roads even more treacherous than normal, the appropriately named ICE – Increased Control and Efficiency – remains firmly on. There is little point in bravado or heroics in conditions like this and safety is of prime importance. Safety is also the reason why Maserati has developed the all-wheel drive system for confident driving – no matter what the weather throws at you – and it is therefore only fair that I take this element of the test drive seriously and professionally. Both the Quattroporte S Q4 and Ghibli S Q4 are remarkably surefooted on road and the short drive ends without drama.

All-wheel drive and a 410hp twin-turbo V6 can, however, also be put to quite different use on the snow. A prepped ice kart track is an excellent way to explore Q4 capabilities without the fear of oncoming traffic. With ICE still on for the first run, the Ghibli S Q4 remains firmly controllable. Even stopping it briefly on a steep uphill section before continuing provokes little fuss with ample traction being deployed to all four wheels for the climb. It is about this time that I decide to dispense with professionalism, turn all driving aids off and have some Q4 fun in the snow. 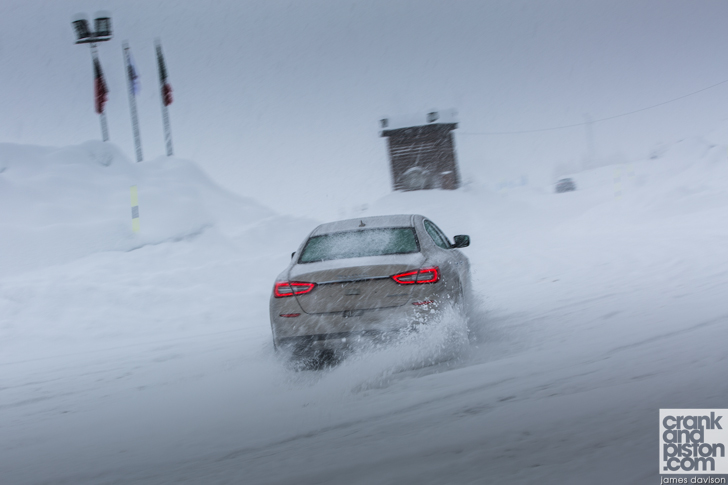 A smooth approach is the key to speed when driving on ice. Drawing on my (admittedly limited) previous experience of driving in similar conditions, each lap becomes an exercise in maintaining that smoothness, timing the pendulum motion switch and judging the braking point to be set up for the next corner. The 410hp on tap is a double-edged sword in the snow with the ability to pull you out of tricky situations and also get you in to them quicker, however, my passenger, Alessandrio ‘Alex’ Fiorio, is reasonably impressed and enthusiastically encourages me to push a little harder each time.

After my session is over, Alex takes me out for a few laps. While it pleases me to note that his driving line and smooth technique is similar to my own, Alex was able to maintain a bit more speed. Okay, a lot more speed. But what did you expect from the 1987 Group N World Rally Champion who is now a Maserati test driver and does this kind of stuff on a daily basis? 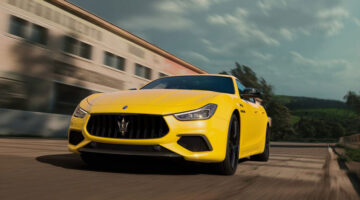