A rare opportunity to sit beside a guy who was behind the wheel of a Maserati MC12 Corsa and get taken for a few hot laps around Yas Marina Circuit in Abu Dhabi, UAE

As far as catchy descriptions go, “A rare opportunity to sit beside a guy who was behind the wheel of a Maserati MC12 Corsa and get taken for a few hot laps around Yas Marina Circuit in Abu Dhabi, UAE” is probably not the punchiest line I have ever come up with. But here is the problem, I have never once had to write about being a passenger. I can’t imagine an automotive publication or website that focussed on reviews of cars from a passenger perspective would be overly successful either. Sure, I am an experienced passenger but writing about it is a different kettle of fish.

This car, however, is so rare that the only way I will probably ever get to drive one is to buy one. At the current exchange rate, that would mean I would need a kidney from everyone that reads this and we have tried to persuade you guys before to donate body organs for similar worthy causes and you are all strangely reticent. The car in question is a Maserati MC12, but anyone that knows the difference between the pointy end of a Trident and the handle will realise that this yellow beauty is a bit special. The aero package and shortened nose mark this out as an MC12 Corsa and only twelve were sold to selected customers who were financially solvent enough to not need kidney donations. 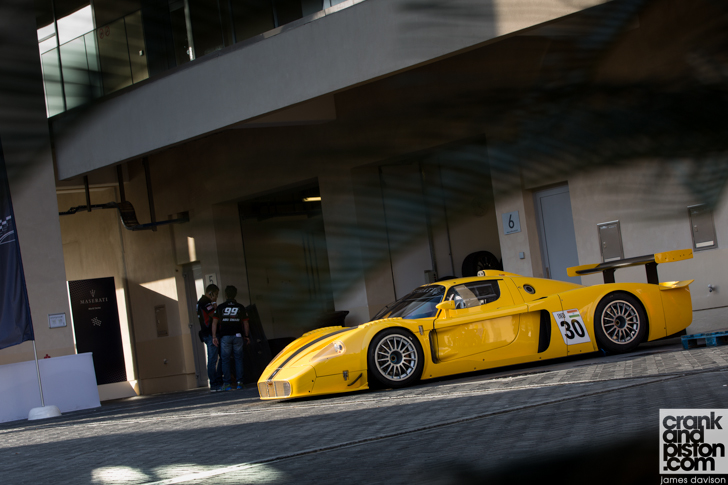 The shortened front nose is carried over from the MC12 GT1 race car – which was necessary for American Le Mans Series entry – and simply oozes purposeful aggression. I am, however, a bit unsure of the yellow respray this example has been given by the owner. Yellow is the colour of Van Gogh and schizophrenia and I am not a huge fan of yellow cars. Kind of appropriate though as it is also the colour of a New York taxi cab. I am just a fan of the original ‘Blue Victory’ paintwork which complimented the original design by Frank Stephenson – who more recently designed the McLaren MP4 12C – but let’s face it, if this car was painted pink I would punch my granny in the face for the opportunity to get a few hot passenger laps around Yas Marina Circuit.

Fortunately, such drastic measures were not required and an unexpected offer from Umberto Cini to ride shotgun in the MC12 Corsa was gratefully accepted. Umberto is as Italian as parmigiano reggiano, an experienced racing driver and he is passionate about Maserati. Which is fair enough as he is Managing Director of Maserati Global Overseas Markets. He would be taking care of driving duty and focusing on getting us around the F1 circuit safely while I smiled like an idiot. 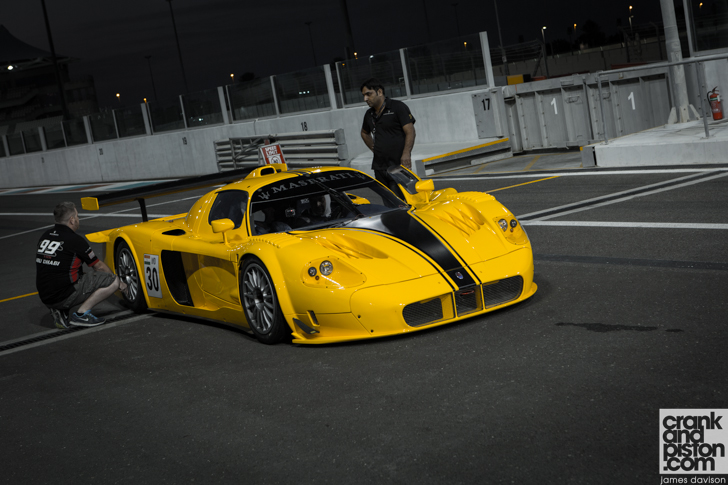 I am built like a thoroughbred racing snake so slithering in to the car and onto the narrow bucket seat causes little fuss. A quick fumble with the six-point racing harness, a thumbs up to Umberto and we set off down the pit lane, through the underground pit exit and on to track. It’s about now that I remember that the MC12 Corsa shares more than just the shortened nose from the GT1 race car. It also shares the same 745hp V12 engine that gave the MC12 GT1 40 race wins – including two constructors’ championships and six drivers’ championships – and when Umberto gives it a bit of right scarpa, the acceleration is brutal.

The first lap is a valiant attempt by Umberto to get some heat in the tyres but still easily qualifies as the fastest I have been around the F1 circuit. Earlier in the evening, I had piloted the Trofeo Maserati Safety Car – a GranTurismo Sport – for a few laps but any comparison would be redundant. Umberto knows the Yas Marina Circuit better than I do, is tonight’s certified Capitano of an MC12 Corsa and on the next lap, lets rip. 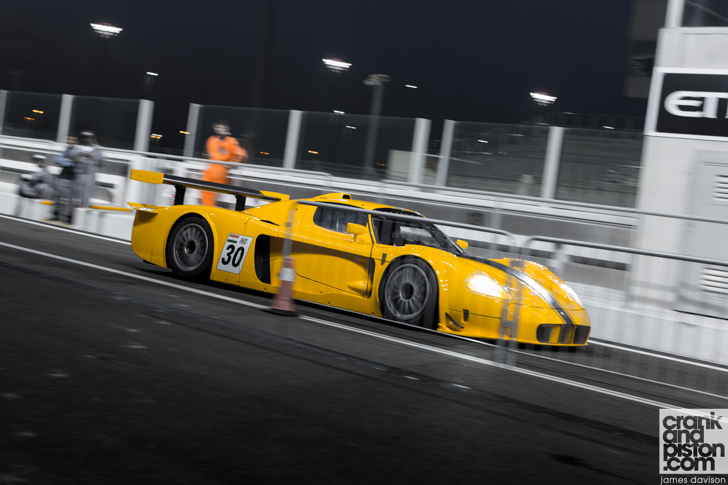 Gear changes are violent and aggressive and the back end is squirming around like a worm on a hook. The Corsa corners flatter than any car I have ever experienced but our run-in lap hasn’t heated up the tyres to a satisfactory stickiness. Umberto wisely lets the car run wide on the difficult left/right just before the north grandstand and teases it round the hairpin before feeding the power in for the straight. This thing is ballistic – even though I know Umberto is shifting up early long before the red line – and even more impressive is how it scrubs off speed, considering we aren’t equipped with ABS.

By the time we reach the double 90-degree turns outside the Yas Viceroy Hotel, there’s enough heat in the tyres to give me at least an inkling of the Corsa’s abilities. It also makes me realise that nothing I have ever driven would ever destroy a lap of the Yas Marina Circuit like an MC12 Corsa.