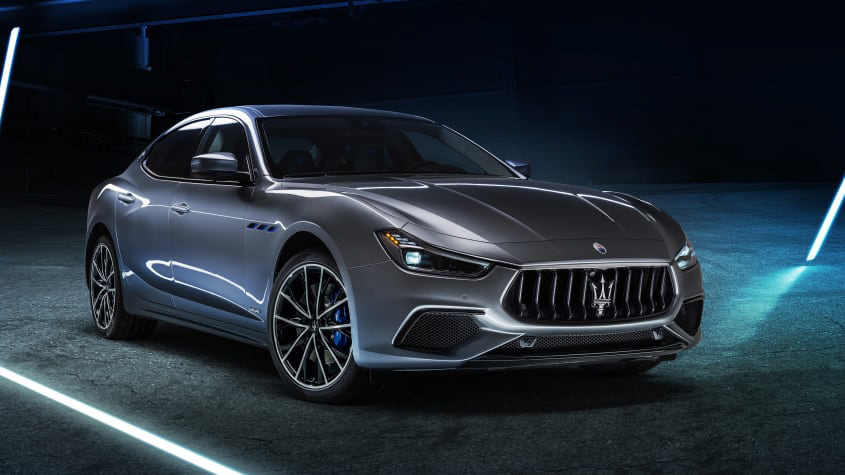 Ahead of the MC20’s global reveal in September, Maserati has launched its first electrified car in the guise of the Ghibli Hybrid, which ditches the diesel engine in the firm’s BMW 5-series rival to coincide with the Ghibli’s 2021 model year update.

Powered by a two-litre four-cylinder turbocharged petrol engine plucked from the FCA stores (it’s the same engine used by Alfa Romeo in the Giulia and Stelvio), Maserati claims its first hybrid will have the performance of its petrol V6 engine with the economy and efficiency of the diesel engine it replaces.

Utilising a 48V system, Maserati’s first hybrid model replaces the alternator with a belt-driven starter motor that can also recover energy when coasting or under braking to charge the battery. The battery powers an eBooster that works with the engine’s single turbocharger to fill torque at the lower end of the four-cylinder engine’s rev range. At peak engine speeds the eBooster can also be called on when in Sport mode to boost performance. As with the system fitted to the likes of Suzuki’s Swift Sport Hybrid (never thought I’d get that into a story about a Maserati), the Ghibli Hybrid isn’t able to run on electric power alone.

When asked why it didn’t consider a plug-in option to be able to offer electric running, Maserati’s engineers explained that such an option should only be considered when a suitable electric drive range can also be provided. There is also the small issue that despite adapting the Ghibli’s chassis to fit the hybrid technology, it wasn’t possible to find room to install the motors required for electric running and manage the associated weight increase. A full Maserati EV will be offered in the future, the company claims.

While the Ghibli Hybrid’s four-cylinder engine is sourced from Alfa Romeo, only its dimensions and a portion of the cylinder head are shared, with Maserati going to great lengths to produce as bespoke a motor as possible. The result is a peak power of 325bhp produced at 5750rpm and 324lb ft of torque arriving at 4000rpm.

Drive is to the rear wheels via an eight-speed ZF gearbox and a mechanical limited-slip differential, with 100kph arriving in 5.7sec and top speed set to 255kph.

Maserati’s Skyhook adaptive damping is standard on the GranSport model and optional on other trim levels. Double wishbones are fitted at the front, with a multi-link set-up at the rear, and electric power steering now features. Brembo supplies the 345mm front discs and 330mm rears, along with the four- and single-piston calipers. Eighteen-inch wheels are standard front to rear, with a rather unfashionable, but welcome, 50 profile tyre also standard. Expect those to be replaced when larger, optional wheels are fitted. Homologated at 1878kg Maserati claims the average weight for the Ghibli Hybrid will be 1950kg.

As well as playing with the Ghibli’s powertrain, Maserati has also updated the car’s interior with a new centre stack featuring a new infotainment system that utilises a larger screen, that increases from 8.4 inches to 10.1 inches, with the aspect ratio increasing from 4:3 to 16:10. There is also a new instrument display and clock faces depending on your chosen trim level. Another aspect of its 2021 update is the introduction of Maserati Connect, where the car will be continuously connected to the factory to provide continuous health checks, although not over-the-air updates.

Prices have yet to be announced for the revised Ghibli line-up.

Previous Article2020 Porsche 911 Turbo revealed – non-S model arrives with 572bhp
Next Article Volkswagen Golf 1.5 TSI 2020 review – an encouraging base for the next GTI 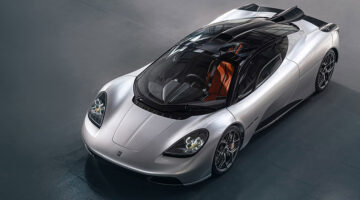