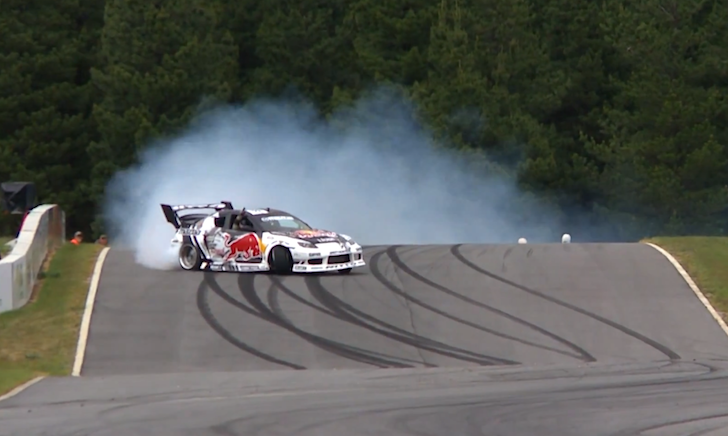 How close is ‘close enough’ when you’re drifting a tuned Red Bull Mazda RX-8 around the Highlands Motorsport Park in New Zealand? If you’re ‘Mad’ Mike Whiddett, the answer is about half an inch or a coat of paint. Can’t say we blame the guys behind the catch fencing for flinching…

Incredible as it seems – given the Kiwi’s already stellar following and formidable drift reputation – this was the first time anybody, ever, had drifted the facility just outside Queensland. And those who’ve seen Mad Mike’s demonstration run at the Goodwood Festival of Speed among others will know he’s not one to shirk from a challenge like that. So just click ‘play’