Throughout the 1950s and early 1960s, nobody could touch Ferrari in the World Sportscar Championship arena. Then Ford arrived with its new GT40. Cue a rethink at Maranello, and the birth of the legendary 330 P4.

Don’t adjust your sets. Yes, this is a 1967 Ferrari 330 P4. No, it’s not an original, owing to the $10 million-sized hole in crankandpiston.com’s monthly budget. Valued at close to $575K, this particular replica is so much more than ‘just’ a kit car though.

Commissioned for a private collector in 1998, this particular P4 was modelled – and hand-built – after a original by restoration specialist Bob Norwood via several hundred photographs and some VERY precise measuring. Peel back the curvaceous aluminium bodywork and you’ll find Eibach springs and Koni shocks from a Ferrari 308-derived front suspension (the rear is custom cast), a tubular frame, and a G50 five-speed manual gearbox sourced from a Porsche 911. In place of an original 450bhp 5-litre V12 lies a 3-litre equivalent, capable of ‘just over 600bhp’ and featuring camshafts and valve heads from an early Testarossa. That eye-watering price tag starts to make sense when you realise the V12 alone constitutes a fifth of that total.

When you’re invited exclusively to shoot a model such as this, as evo recently was by Tomini Classics, you don’t turn that opportunity down. The P4’s history alone is worth an afternoon of our time.

Temporarily out of Formula 1’s spotlight following the upheaval of John Cooper’s lightweight, rear-engined and immediately successful T45 in the late 1950s, Enzo Ferrari’s attention once again turned to sports cars, an arena in which his beloved scarlet machines had repeatedly steamrolled: only twice between 1953 and 1965 did Ferrari not capture the Sportscar World Championship, while Aston Martin’s soul outright victory in 1959 scuppered a seven-year winning streak for Maranello at the Le Mans 24 Hours.

Things were about to change though, motorsport’s most famous middle finger – Henry Ford’s ’65 Le Mans victory after a rebuffed attempt to buy Ferrari – speeding the development of Maranello’s most famous ‘P-Series’ sportscar, the 330 P4. Ahead of, ultimately, it’s only season of factory competition, the P4 was stylistically identical to its P3 predecessor, but boasted a new five-speed gearbox, vented and more malleable brake discs, lightened and restyled suspension, and a 60-degree canted, mid-engined 3967cc V12 for better weight distribution. A crushing 1-2-3 finish on its Daytona 24 Hours debut in 1967 proved its potential, as did victory at the 1000km of Monza later that same year. Following an onslaught of early gearbox troubles that saw Ford wiped out of its home race, the new MkIV GT40 struck back with victory at Sebring. All was set for an Italian-American slugfest at Le Mans.

Fairytale endings rarely come to pass in motorsport though. The 330 P4 would go on to secure the ’67 Sportscar World Championship, but Ford’s 7-litre V8 easily had the legs on Le Mans’ Mulsanne Straights, beckoning a four-lap winning margin over the factory Ferraris. Regulation changes for 1968 saw engine displacement dramatically downsized and homologation numbers rise beyond the scope of a small Italian car manufacturer, rendering Ferrari’s 330 P4 obsolete come year’s end. Ford’s GT40, now powered by a 4.9-litre V8, would sweep Le Mans twice further, while the three original P4s (plus a P4-spec P3 chassis) would find homes with private collectors in the years that followed, it’s motorsport legacy sealed forever.

You can check out more Ferrari articles HERE, and our new ‘What a Machine’ series HERE 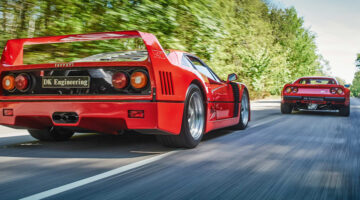 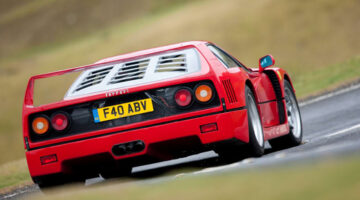 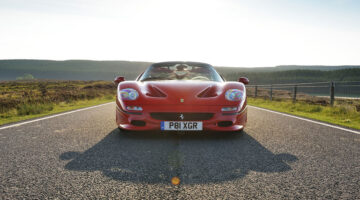