Lotus‘ entry-level sports car makes its first appearance in the Middle East, and crankandpiston.com is pretty confident it’s got what it takes to be a big hitter. 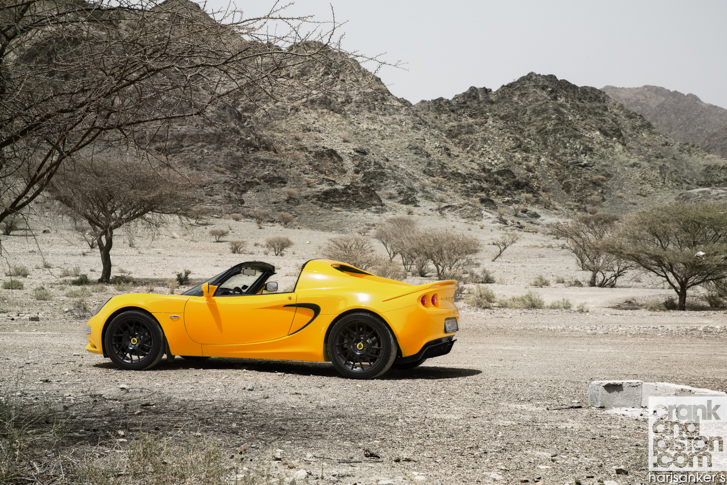 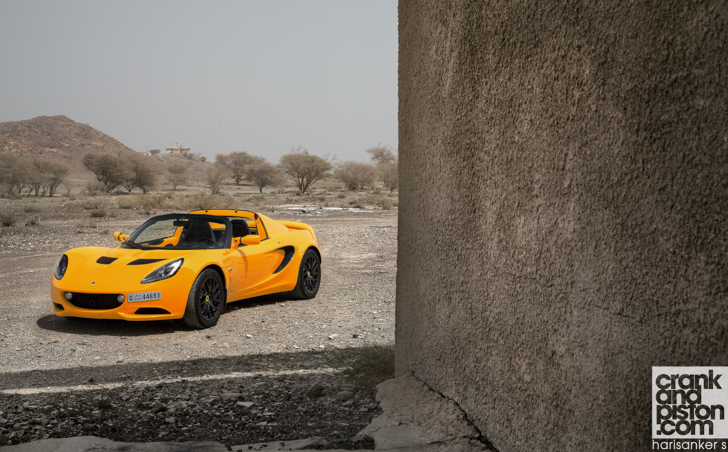 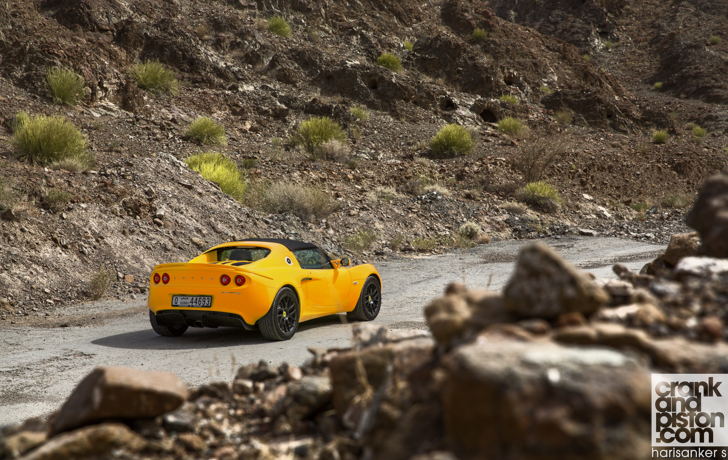 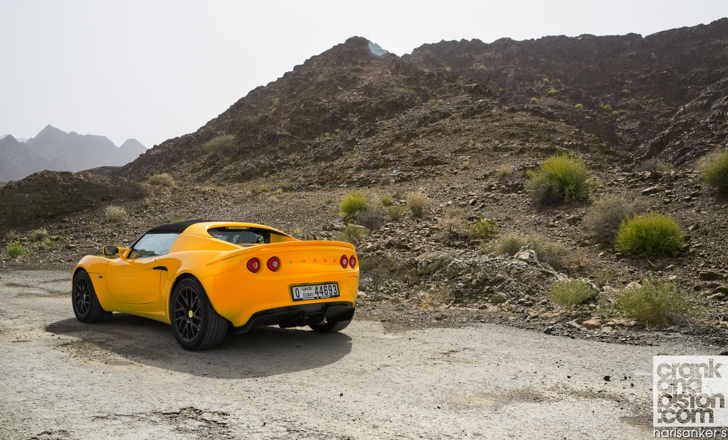 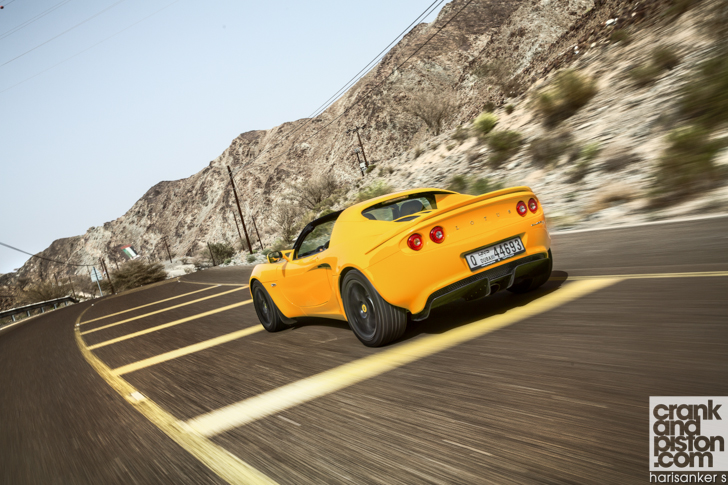 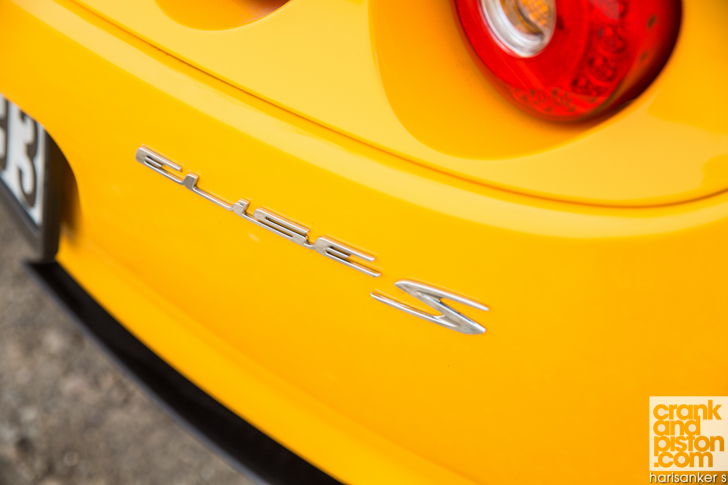 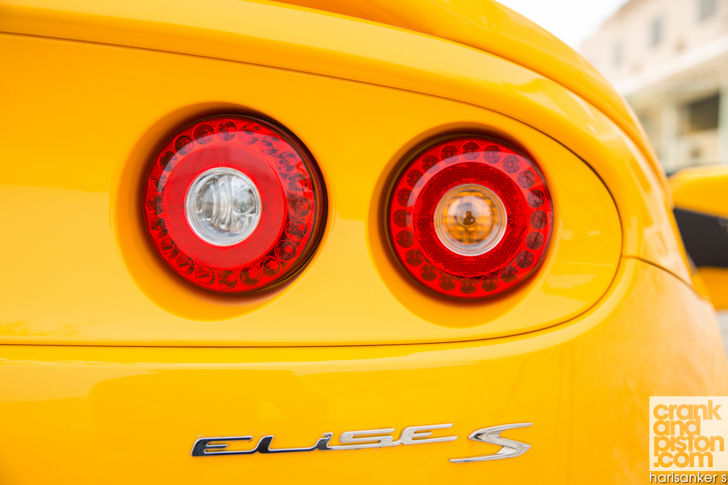 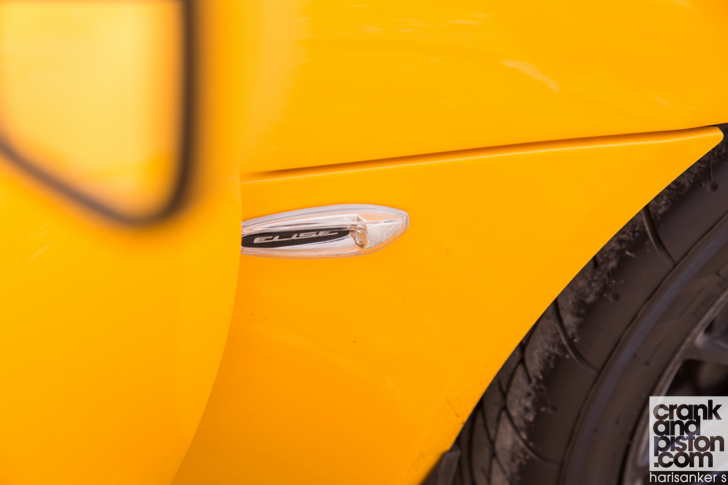 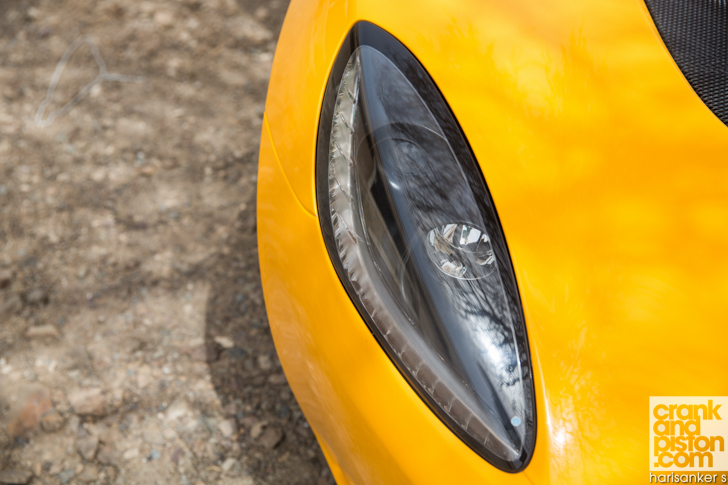 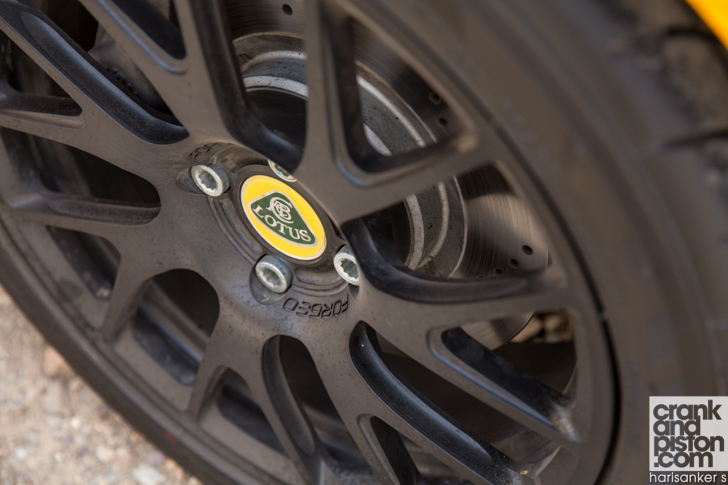 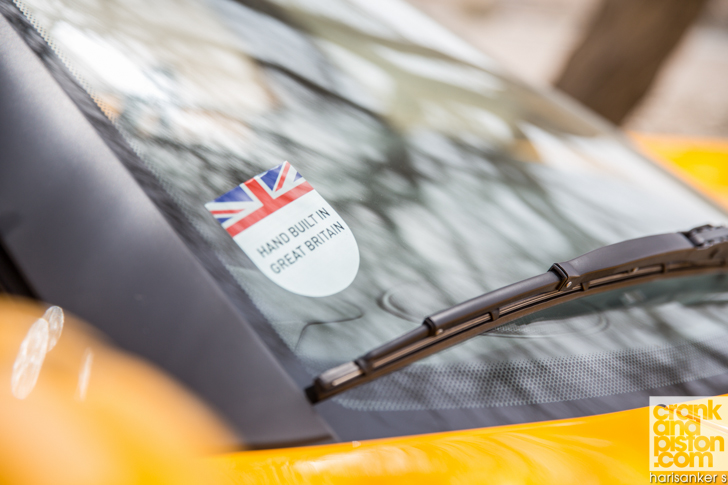 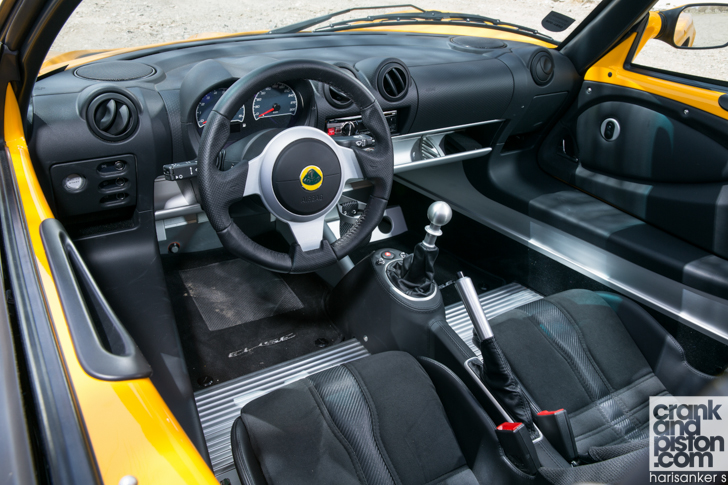 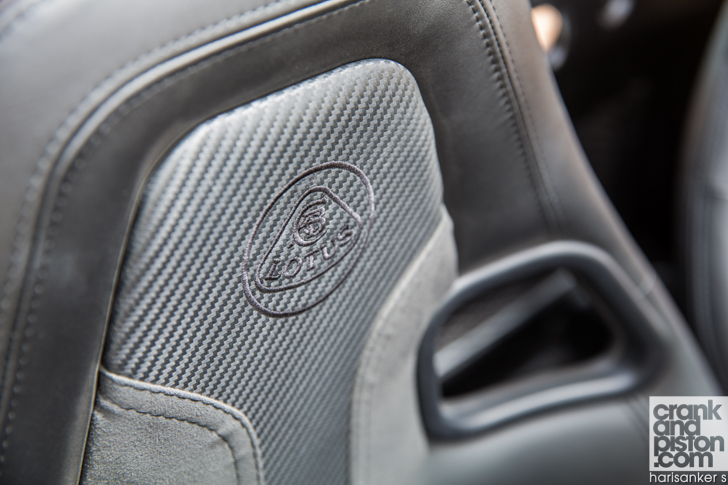 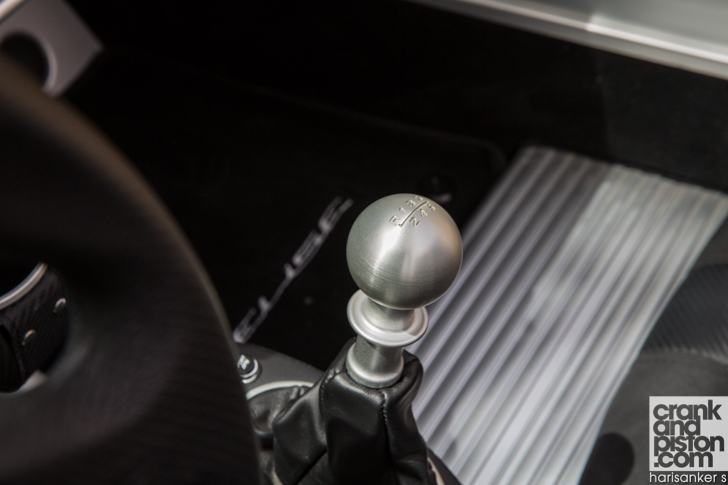 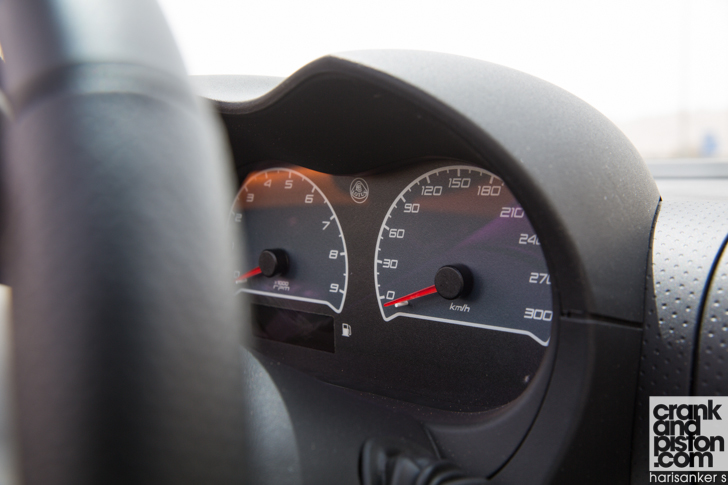 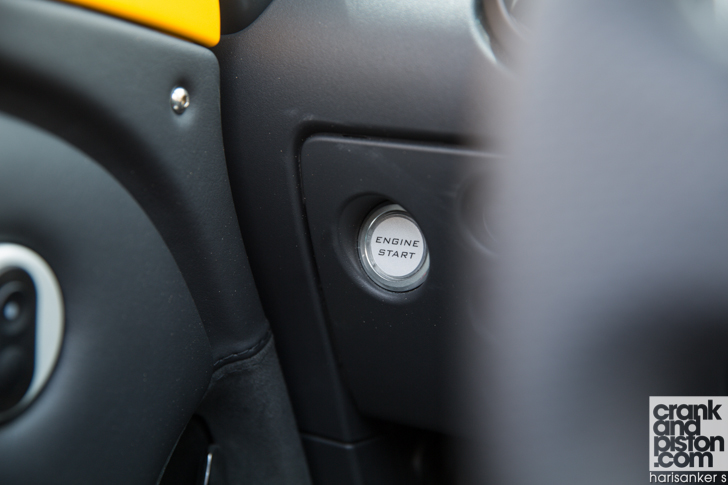 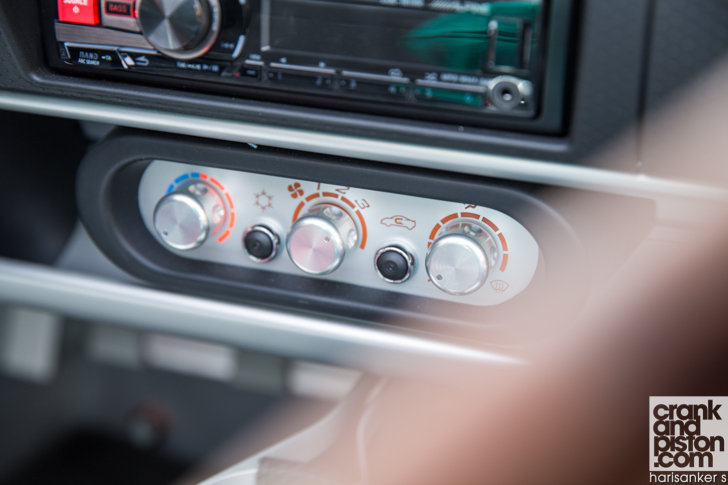 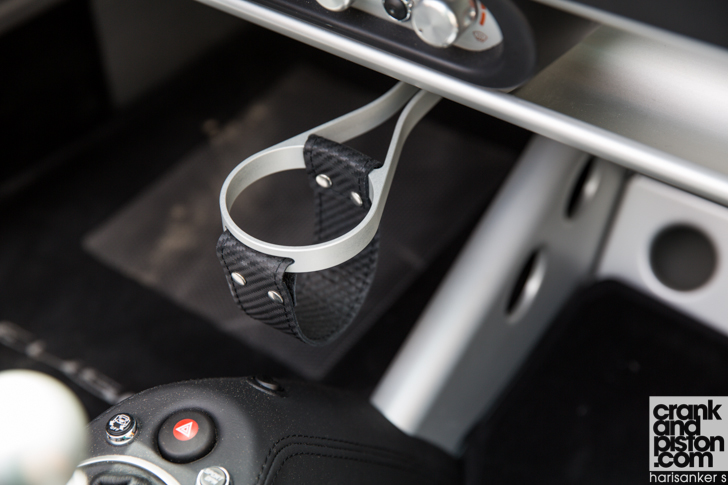 It’s hard to believe the Elise has marked its 20th birthday before officially reaching Middle Eastern shores. While most of the world has been savouring its delights for two decades, only the few souls brave enough to import their own have been fortunate enough to drive this funster on local soil. Looks like we have a lot of catching-up to do.

By the 1990s, with an aging product line-up and corporate turmoil disrupting day-to-day business, Lotus could afford to be radical since it had nothing left to lose. And luckily for Hethel, the Elise brought the company back from the brink. Indeed, the original Elise was a ground-breaking design, being the first production car made out of bonded alloy extrusions. The innovation didn’t stop there either, with brakes, suspension setup, and even crash structures all benefitting from Lotus’ left-field thinking, and through which ultimately netted the British marque 40,000 sales of the Elise (and derivatives thereof) alone. Even today, the Elise accounts for more sales than any other Lotus product, despite more contemporary models having joined the line-up.

Sitting neatly in the middle is the S, which – like our test model today – comes complete with a charge-cooled blower mated to a 1.8-litre four-cylinder. The base Elise is sans supercharger, whilst the recently launched 220 Cup version has the full aero and suspension package from the track-only Elise Cup R. Oh, and there are Club Racer and 20th Anniversary editions too. 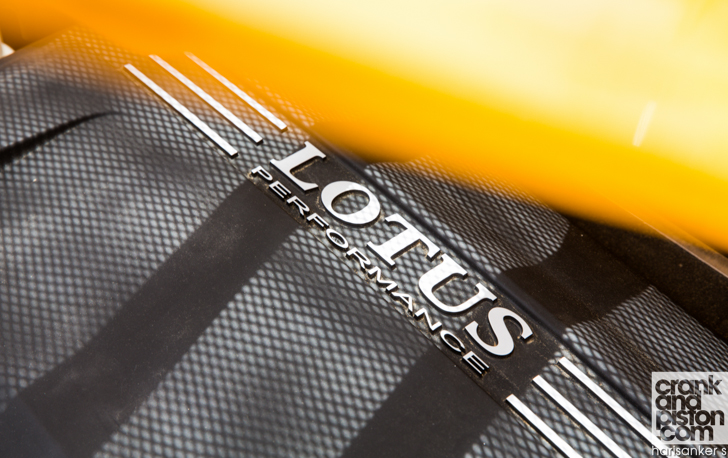 The current Elise (unofficially known as Series 2.5 ) was substantially updated in 2011, Lotus leaving only the alloy chassis largely unchanged. Though none were fitted to the ‘95 version, the revised kit list included anti-lock brakes, a new six-speed gearbox, LED headlights, air-conditioning, and even a weatherproof hood, ‘necessities’ that added a further 200kg to the lightweight roadster. As a result, this means the ‘15 Elise isn’t much lighter than its more user-friendly rivals.

It is though a looker. Yellow has always been a traditional Lotus colour, and the pearl metallic finish is a knockout under the Arabian sunshine. Contrasted with black forged wheels and trim, our test car certainly grabbed attention from clicking smart phones.

Jumping-in with the roof off couldn’t be easier (though with the roof on, it’s an entirely different matter). Once you’re in, you’re greeted by a business-like and professional-looking cabin. All the essentials are there with no fluff, save perhaps the pull-out cupholder under the dash. The sports car fundamentals meanwhile are spot-on. Even despite limited adjustability, the driving position is top rate, the snick-snick gear change superb, and small leather steering wheels and driver-bias instrument cluster all immediately intuitive. 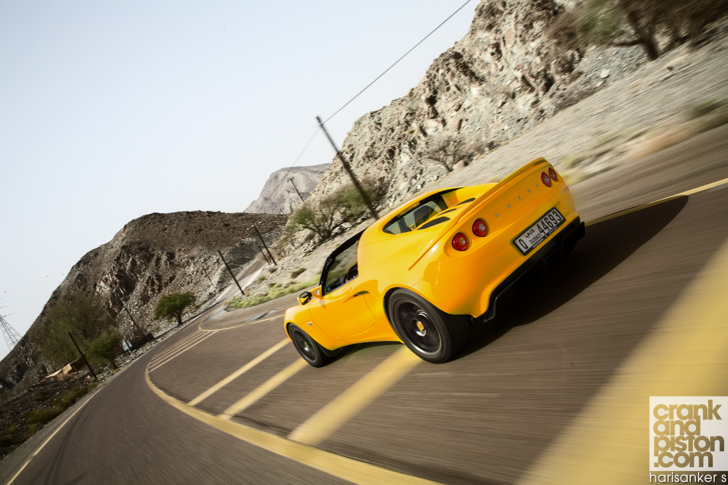 Yes, but how does it handle?

The unassisted steering on our test model feels slightly heavier than previous Elises I’ve driven, but no less responsive. Every input and road undulation is fed back to the driver, while handling and ride quality are equally as well-judged, with no hint of roll and bags of grip from the bespoke Yokohama tyres. Even buzzing around town is enormous fun with a capital F.

But then, excellent steering and handling have always been amongst the Elise’s strengths, so what about performance? While 217bhp may not sound like much, both low mass and buckets of torque keep pull from the engine punchy, the Elise S consequently feeling frisky on the move, aided in no small manner by swift changes through the six-speed manual. Of course if you need more, the 345bhp Exige S is available. 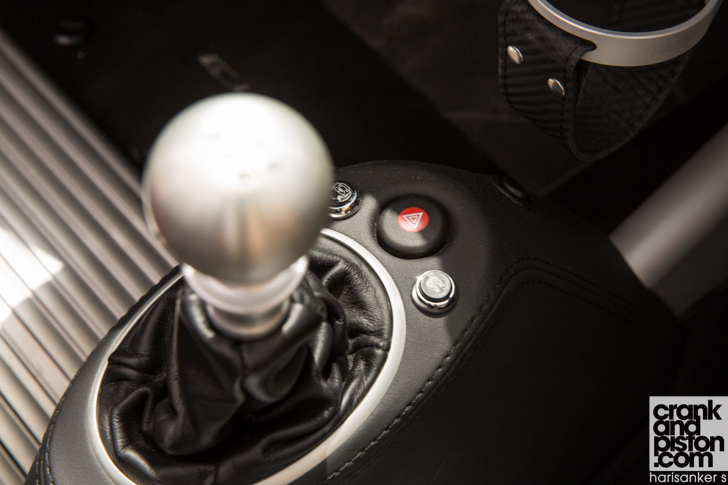 Despite Lotus’ tangible improvements to build quality, the loose seat rail did prove annoying under braking, and while suspension settings and more explosive throttle inputs may be the pre-requisite of a ‘Sport’ button, on our test model it made very little change. Worst however was the lack of aural engagement: no supercharger whine; no induction roar; no tailpipe growl. The Elise may be powered by Toyota (as it has been since 2004) but there’s no excuse for sounding like a Prius. Sports cars are all about emotion, so kindly pull your finger out Lotus and at least fit a wilder exhaust system. 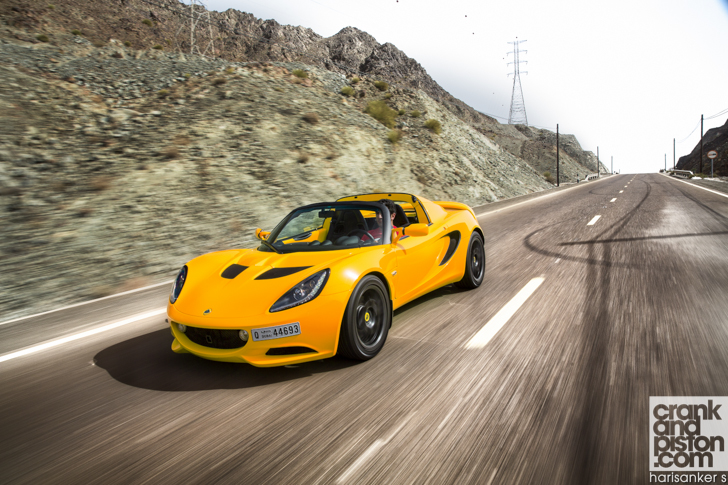 So has the wait been worth it…?

Or after two decades is the Elise now past its prime? The small sports cars market is hotting-up with fresh additions from Mazda (the new MX5) and Alfa Romeo (the 4C), but arguably few have perfected the formula as impressively as Lotus, and the Elise S is a prime example of this. Boasting superb grip and engagement, as well as poise thanks to its lightweight build, it remains one of the purest forms of driving excellence on sale today and yet further proof that power isn’t everything (though you’ll be surprised how chuckable 217bhp can really be).

It may have only just arrived in the Middle East, but the Elise S has clearly been 20 years of development well spent. Of course amidst such potential rivalries, even Lotus can’t keep face-lifting the Elise. Here’s hoping when the next generation is launched, Lotus puts the Middle East in pole position. 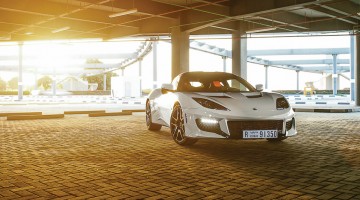 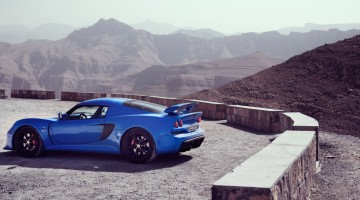