Litchfield has turned its attention to the Carrera T, but does a power boost detract from what the T is all about? 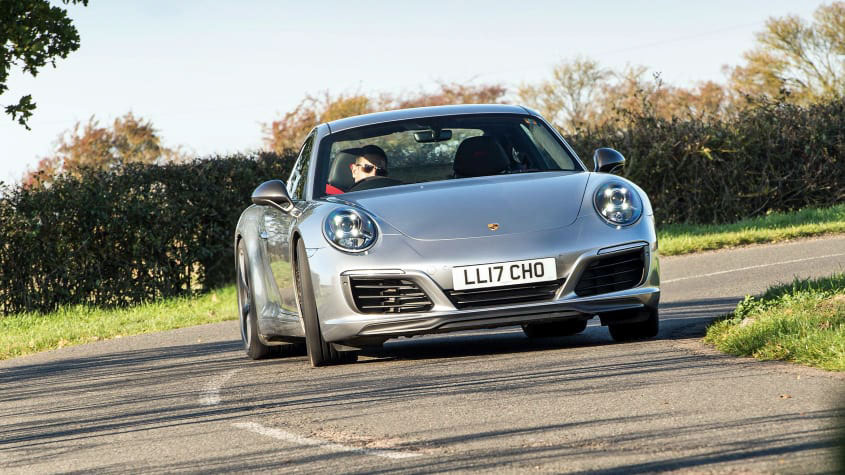 I think we’ve reached the point where numbers no longer mean a thing. Before I was lucky enough to start working in this job I could recite 0-100kph and 0-160kph times of all sorts of sports and supercars. King of them all was the McLaren F1. Nothing else really came close. Its 6.3sec run from 0 to 160kph with a manual ’box and early ’90s tyre technology remains an everlasting benchmark in my mind.

That was then, though. Now every new supercar covers 0-100kph in 2.8 to 3.2sec. Hitting 160kph in sub-6? Incredible when you think about it, but now standard stuff. We have hot hatches in ‘the threes’, SUVs that could beat a 512TR to 100kph whilst towing a caravan… And yet as the numbers become more and more impressive, they make less and less impact. Can you remember the acceleration figures of a McLaren 720S? A Mercedes-AMG A45? A Bentley Bentayga? Can anyone? I doubt it.

The Porsche 911 Carrera T, from the outgoing 991.2 range, seemed to understand this. Some saw it as a marketing exercise, others as a purist 911 for those who couldn’t afford a GT3. However, with its slim shape, narrower and less sticky tyres and less care for aero and lap times, it was arguably the purist 911 of the range, full stop. Right down to its standard Carrera engine with smaller turbos than on the Carrera S and hence naturally better throttle response. You want the numbers? It had 365bhp and 332lb ft, weighed 1425kg and was still plenty fast enough to get you into trouble: 293kph all out and 0-100kph in 4.5sec.

I drove a T recently on some fabulous roads and loved its sweet balance and the way the chassis could soak up the power and allow you to carry speed and work on driving with accuracy and flow. It made me feel very sorry for the competition. Then I remembered the 992 was just around the corner… Ouch. Anyway, with the T still fresh in my mind I approach Litchfield’s modified version with trepidation. We know Litchfield as a tuner of GT-Rs, and that’s something it does very, very well. But the GT-R just gets more and more GT-Ry as you throw power at it. The 911 T is already beautifully wrought. More power will make it faster, but might just defeat the point of the T in the first place.

Well, maybe. But I guess for customers the idea of turning up their T to 480bhp and 450lb ft is quite appealing. Yep – wholesome gains of 115bhp and 118lb ft from tubular headers, freer-flowing cats, an Akrapovič rear silencer and an ECU remap. Litchfield has also worked hard on the chassis, lowering the front by 20mm and the rear by 10mm with bespoke KW springs. The spring rates are also up by around 20 per cent and 10 per cent respectively. Modifications to the lower arms have changed the geometry to mirror the GT3’s in the search for enhanced steering feel and precision, and the car is fitted with KW spacers for a wider track and Michelin Pilot Sport 4s rather than Pirelli P Zeros. The whole lot will set you back $15,435 and, of course, lessons learnt here can be applied to all 991.2 Carrera and Carrera S models.

Most pleasing to me is that the T doesn’t feel wildly different when you’re gliding along. This car isn’t an RS in plain clothes and rides with lovely fluency. There is the usual extra road noise from the T, and the carbon seats and fabric door pulls remind you that you’re in something a bit special, but this 911 feels road-optimised first and foremost. The seven-speed manual isn’t as glorious as the GT3’s six-speed unit, but it’s so much better than those of early 991s and the whole car has the lightweight, narrow feeling that for so long has been a 911 trait.

Of course, you can’t ignore 480bhp and all that torque. Suddenly the T’s tolerance for being poured into turns and riding out under full power with the tyres taking everything the 3-litre twin-turbo flat-six can deliver has been overrun. You can still be pretty greedy with the throttle, but such is the response and the power that the chassis now feels at the mercy of the motor. That’s not necessarily a bad thing because as the needle has swung in favour of torque over traction, so you uncover and get to enjoy the unbelievably progressive and transparent balance possessed by the T. On a cold but dry day on jagged roads it feels sensationally agile and so approachable that 480bhp doesn’t seem too much trouble at all.

The gentle ‘OEM+’ chassis work shouldn’t be overlooked. Yes, the engine is the star of the show simply because of the almost Ferrari 488-style throttle response, but the subtly tightened-up chassis creates a little more resistance to roll, brings stability under braking and yet retains the supple nature of the T that means any and every road seems to be its natural habitat. Steering feel is also improved, and whilst it’s lighter than a GT3 rack and maybe a few degrees less feelsome, you’d need to drive both cars back-to-back to notice or rue the difference. Overall the package is cohesive, highly effective and deeply desirable.

The bigger question is whether all this fine work detracts from the philosophy of the T. And whether it makes the car less enjoyable, because common sense dictates that you’ll spend less time with the throttle open and more time on the brakes. I’m torn. I love how the standard T feels like a scratcher – you can drive the wheels off it, commit early and hard to the throttle, and the chassis just eats it up. However, the sublime throttle-adjustability liberated here is a similarly addictive drug. Maybe in this case the numbers add up to something meaningful, after all. 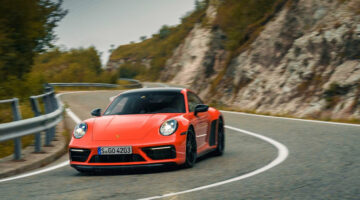