No substitute for a hot hatch, but the UX drives keenly and uses hybrid tech to good effect 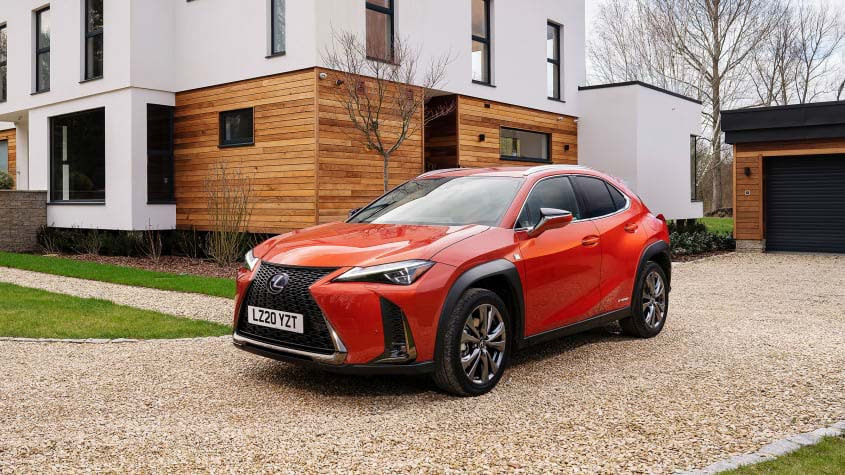 Once known for its luxury saloons, you’re more likely to find crossovers and SUVs on a Lexus forecourt today. As long as there are still stunning performance coupes like the LC alongside them we’re fine with that, but it does mean any chance of finding a driver’s car outside of those high-end models now falls to vehicles like the UX

The smallest Lexus outside the ageing CT hatchback, the UX is available solely in hybrid form but does offer F Sport trim, with uprated suspension, sportier styling and the option of adaptive dampers. Built on Toyota’s lightweight global architecture, is there more to the UX than its angular styling and luxurious cabin?

F Sport or otherwise, all UX models use a 2-litre, Atkinson-cycle four-cylinder petrol engine as part of a petrol-electric drivetrain. As ever, the point at which each power source delivers its best isn’t identical, so Lexus quotes simply a power output with no engine speed, so you get 181bhp.

The sole transmission is an electronically-controlled CVT. This effectively uses a planetary gearset to meld the outputs of the petrol engine and electric motor, allowing them to operate independently, together, or disconnect power entirely from the wheels, as well as allowing the wheels to turn the motor and generate power. In recent applications, it’s been tuned for a more “conventional” feel to minimise the old feeling of engine and road speeds being out of sync.

It’s fairly effective anyway, allowing for a respectable 8.5-second 0-100kph time despite a minimum 1540kg kerb weight, while the other benefit of the hybrid setup is, obviously, economy – up to 5.3L/100km on the combined WLTP cycle.

UX models are front-wheel drive as standard, but the car is also available in E-Four specification, which features an additional electric motor at the rear axle for part-time all-wheel drive.

The UX is effectively Lexus’s version of the Toyota C-HR, though the UX is longer, lower and wider than the C-HR, befitting the brand’s more luxurious and sporty aspirations. Both are built on the “GA-C” version of Toyota’s New Global Architecture (TNGA), primarily underpinning these two crossovers and then a broad range of Corolla and Prius models across the globe.

The emphasis on TNGA is partly spreading development costs across a wide range of vehicles – the 2-litre hybrid drivetrain of the UX is used in virtually every other GA-C model – but the platform is also stiff and lightweight, in theory benefitting keen drivers too. In F Sport trim, as driven here, the UX gets dedicated suspension tuning and uprated dampers, and with the Tech and Safety Pack you get Lexus’s Adaptive Variable Suspension, using solenoids to control the movement of fluid inside the dampers.

The UX makes a fine first impression. Well, provided you’re fine with how it looks on the outside, but the cabin’s the genuinely good bit, with a layout and features that brings to mind the LC, from the crafted metal door handles to the digital instrument cluster and the driving mode controls placed conveniently on the side of the binnacle.

You sink into the seats too in a way you’d not expect from their cliff-face backrests with fake harness holes, and while there’s the usual smattering of Toyota-sourced switchgear everything feels like it’ll last longer than you will. The one oddity is a wheel that doesn’t seem to rise high enough if you prefer a higher driving position, but most should find a comfortable compromise.

Considering the F Sport trim it’s not the raciest environment though, and this flows into the way the UX feels to drive. We’ll come to the e-CVT shortly, but initial impressions are of a car that’s incredibly easy to get used to – refined, relaxing, and responsive, with just a hint of firmness to its ride quality to betray its sporty billing.

Steering is quick and accurate, though any joy you might derive from it is compromised by the light, disconnected feeling that accompanies every turn of the wheel. Point and it goes. When you start leaning on the front tyres, you realise there’s the grip and body control to back it up, but involving it isn’t. Strangely, its responses don’t seem to change that much in Sport mode. The display in front of you switches to an LFA-style tachometer, but steering weight feels similar and despite the adaptive suspension, changes in ride comfort or body control are minimal – albeit more than acceptable regardless of setting.

Surprisingly there’s more joy to be found in the powertrain, which gives the UX spry acceleration and keen responses. After decades of working on its e-CVT the slightly disconcerting elasticity of old has been largely banished, and while the sensations still won’t be for everyone, each squeeze of the throttle results in a largely proportional increase in acceleration, and more so if you knock the lever into Sport, or use the paddles to change down virtual steps in the CVT.

F Sport billing doesn’t result in a sporty engine note, but the muted hum is undoubtedly preferable to the raucous CVT mooing we’ve endured in the past. Consider the UX’s performance closer in spirit to a silent EV than a crackling hot hatch, and it makes more sense. Brake feel is better than most EVs though, another area Lexus has worked hard at over the years.

Ultimately the UX in F Sport trim is still unlikely to sway many evo readers from their hot hatches, or even those with sportier versions of BMW X2s and Audi Q2s, but it also makes for a better, more likeable Lexus than those cars do BMWs or Audis.

In standard trim the UX comes in at $37,120, with the F Sport at $42,080 and the luxury-orientated Takumi $49,765. E-Four models begin at $45,575 with extra equipment as part of the Premium Plus Pack, but no UX is badly equipped so you’d have to be quite keen on the extra driven wheels to wish to spend nearly $8k extra model-for-model for the E-Fours.

Our test UX F Sport came in at $47,105, with standard kit including the F Sport exterior styling touches, 18-inch alloy wheels and a heated steering wheel, but also the $3220 Premium Plus Pack (keyless entry, electric wheel adjustment, special leather trim, a 10.3-inch nav screen, 8-speaker premium audio, navigation and a few other goodies) and the $3655 Tech and Safety Pack with adaptive LED lights, the Adaptive Variable Suspension, and a head-up display, among other features.

BMW’s X2 is probably the closest rival, and it’s the one we’d most likely choose if driving pleasure was the highest priority. If these were hot hatchbacks it would be, of course – but in this sector of the market the UX’s more relaxed approach perhaps makes greater sense. 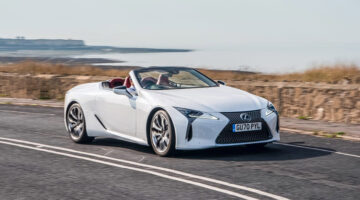 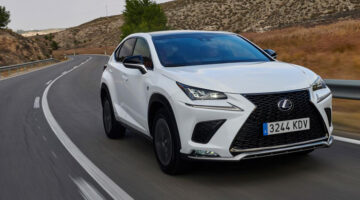 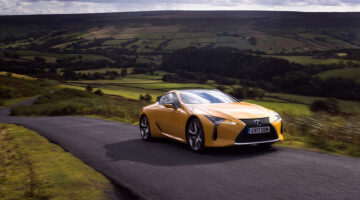