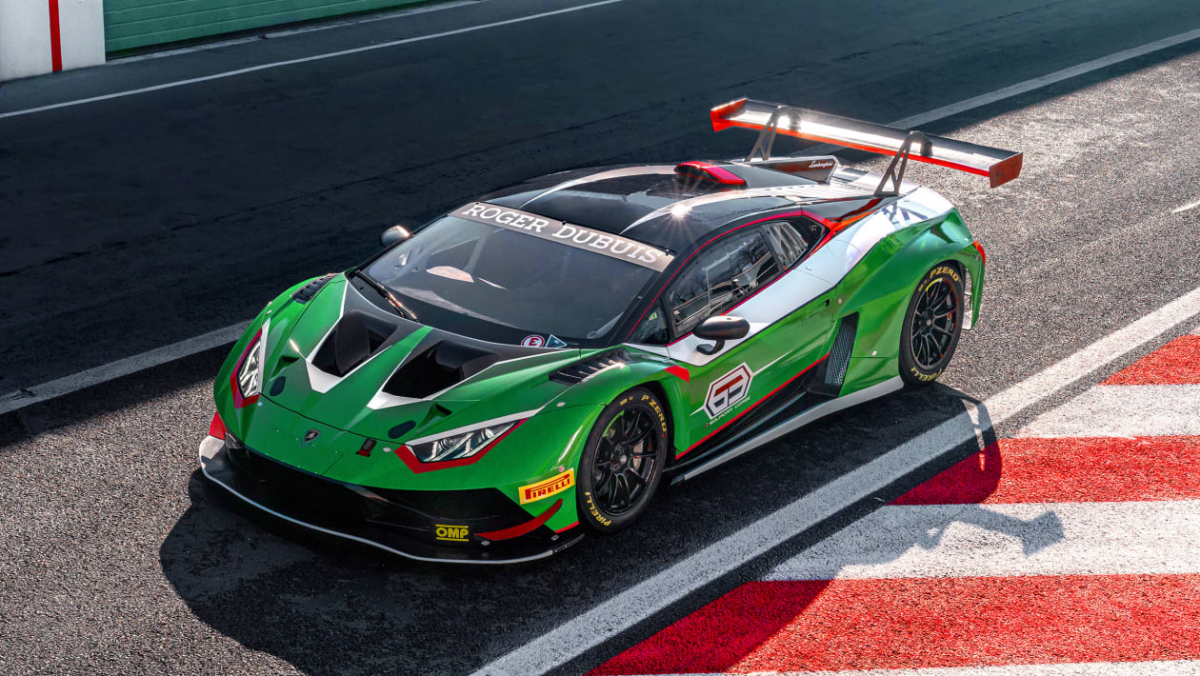 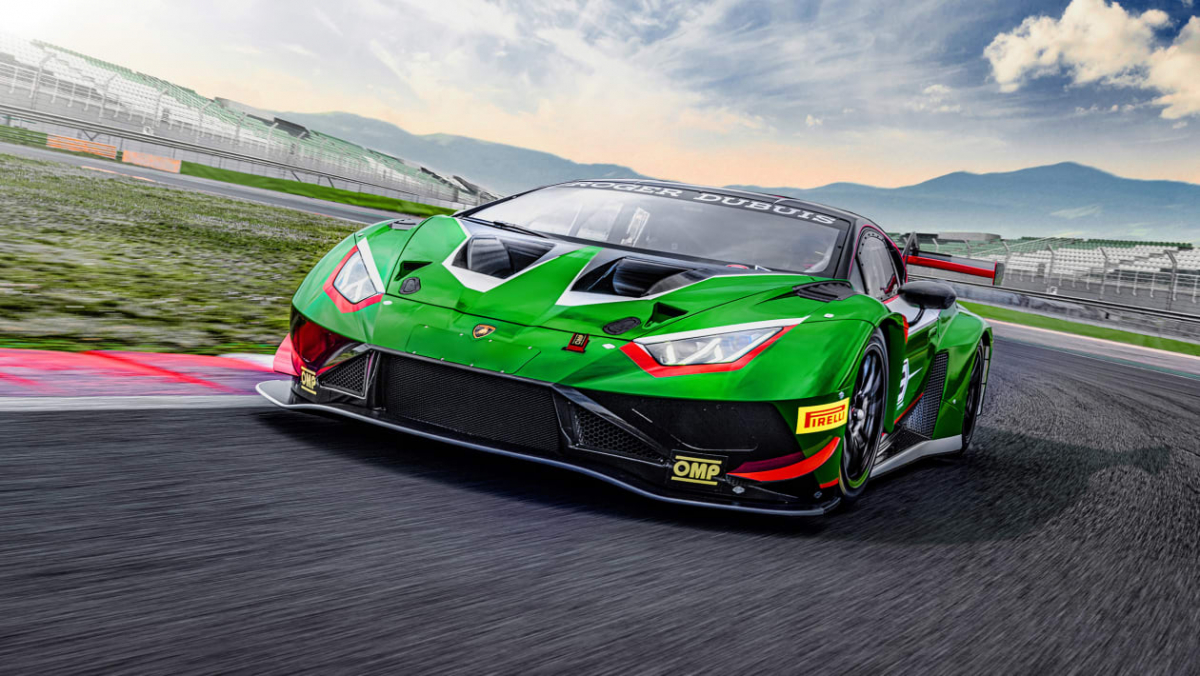 In order to comply with new FIA GT3 regulations, Lamborghini has revealed an updated version of a Huracán GT3 racer from its Squadra Corse racing department. Called the Huracán GT3 EVO2, the updated model takes new cues from the road-going STO in its design, incorporates a completely new intake system and features new safety upgrades to meet the new rules.

Lamborghini SC has also fitted new electronically-actuated individual throttle bodies, but the 5.2-litre naturally-aspirated V10 engine is otherwise unchanged. As with GT3 regulations (and to draw another link between it and the road-going STO), the GT3 EVO2 is rear-wheel drive and, depending on its specific racing class, has around 100bhp less than the STO, at somewhere just over 500bhp.

There’s also been some changes to the bodywork, with an all-new aero package consisting of a new splitter, sills and underbody that are more aerodynamically efficient, balanced out with a new rear wing and diffuser that increase downforce generated on the rear axle.

Under the new carbonfibre bodywork sits the same hybrid carbonfibre and aluminium structure as before, with a new integrated roll cage bolstered by two additional rear pillars and carbon-kevlar panel inserts built right in. The braking system has also been redesigned, with new calipers and pad material developed alongside the ABS system that should make the car easier to control in low-grip situations.

Customer racing teams are due to take delivery of the new EVO2 from Q3 this year, before its competition debut at the 2023 Daytona 24h Hours. Customers with the previous EVO model are also able to retrofit the upgraded parts from the EVO2 via an evolution kit.