Lamborghini’s intriguingly named P400 was the talk of the 1965 Turin Motor Show. However, a random series of numbers and letters wouldn’t have done much for showroom sales, and accordingly, when the new sports coupe hit production the following year, the new Lambo had been named after a famous breed of Spanish fighting cattle. Enter the Lamborghini Miura.

Intriguingly, the new Lamborghini boasted a mid-engined layout, high costs and weight distribution headaches meaning this was a configuration hitherto had usually been reserved for motoring racing contenders (with only homologated models like the Ford GT40 bucking the trend). Unlike the Lamborghini’s first ever production coupe – the front-engined 350G – the 3.9-litre V12 powering the Miura sat just inches behind the drivers head, the first of several nods to performance.

A shorter wheelbase, alongside better weight distribution, meant balance in the Miura was a much improved over preceding models from the marque, while power being sent to the rear wheels allowed for better feel for the front end. Allied to an aero-friendly bodyshell and looks that got most potential customers hot under the collar, the Miura was a trendsetter. It would famously become known as the world’s first supercar.

And I was lucky enough to get up close and personal with one up for sale in London.

This 1969 Miura S is one of only seven – from a global total of 140 – built with right hand drive. The vibrant blood Orange colour offsets the dark blue leather and one can only imagine how intense seeing this on the road in 1970 would have been. Since its hallocion days in the late 1960s/early 1970s, this Miura has been converted to fuel injection, running a lot smoother as a consequence. Few forget the engine fire reputation the Miura garnered in its early days of production.

All the details on the car add up to create a strong personality, which makes shooting said model a particular thrill. The ‘eyelashes’ around the lights the chunky campagnolo rims and the short abrupt tail all add up to an awe-inspiring shape. 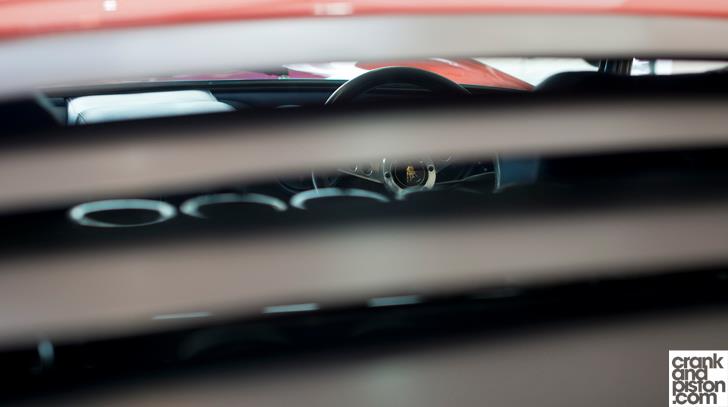 One shot I’m particularly keen on is the one above, where we look through the rear slats, lining up the top of the carburettors with the old bull on the steering wheel as we do so.

Sadly, since anyone over six-feet tall will struggle to squeeze in without rupturing a kidney, I’ll never be able fit in one and take it for a blast. Regardless, the Lamborghini Mura is a masterpiece that will never be forgotten, and I feel privileged to have spent some time with this automotive legend.

– Our thanks to Luke Gilbertson

Previous ArticleBackflipping a MINI. And why not?
Next Article Toyota 86. With A 5.8-Litre V8! Suzuka Twin 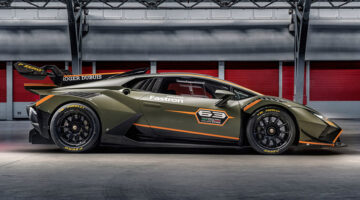