Gymkhana star Ken Block will be competing across various rally disciplines in this Ford Escort RS Cosworth over the course of 2018.

Ken Block has shown off his custom-liveried Ford Escort RS Cosworth to the public for the first time ahead of a busy season of rallying.

Hoonigan Racing’s efforts to homologate the blue oval icon for the numerous series in which Block will enter it, extend beyond the new Death Spray-designed, lighting bolt livery. It’s been fitted with a 1997-specification Ford Escort WRC 2-litre turbo-four, featuring period upgrades including a lighter engine block and strengthened internals, that pushes out 395bhp and 405lb ft of torque. Power will make its way to the wheels via a seven-speed sequential gearbox, and spent gases will be expelled through side-exit exhausts.

Hoonigan Racing has stopped short of disclosing the suspension set-up underpinning Block’s Cossie, however, it has said it will be capable of handling both tarmac and gravel-based terrains, implying the suspension is fully adjustable.

A wide scope to modify the RS will be necessary with Block due to contest various rounds of multiple rallying championships. Block is competing in the Cossie for the first time this year in the Oregon Trail rally this weekend.

Talking about his iconic RS, Block said: ‘I love my old Cossie and I’m looking forward to going and pushing it here in America during some events.’

Block is due to release the next instalment in the Gymkhana video trilogy this autumn, which has been titled GymkhanaTEN, however, he’s yet to confirm if the Escort will feature. 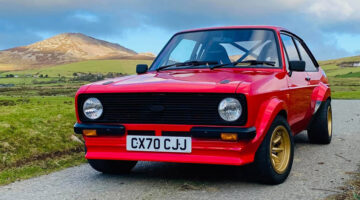 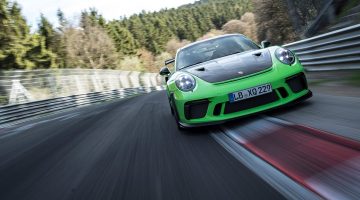 New Porsche 911 GT3 RS dips below 7min at the Ring 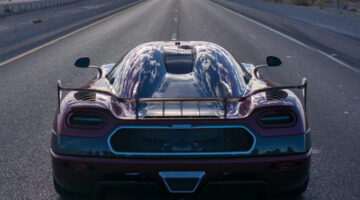