Toyota Prado. Getting to know you… Management Fleet

Our long-term Toyota Prado swaps owners for a month. 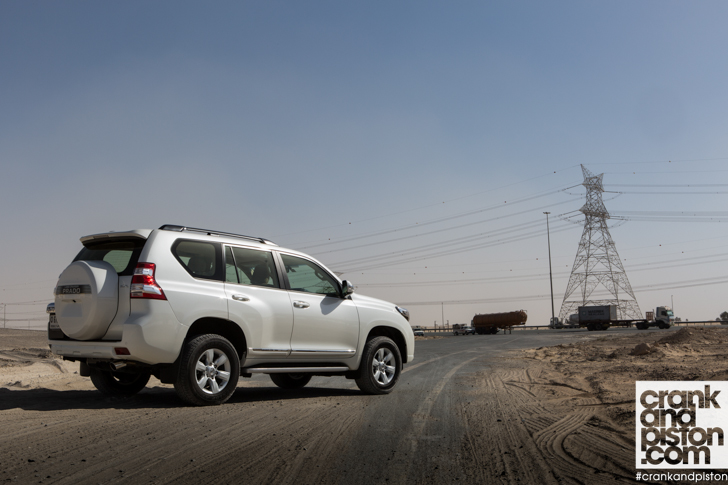 With ‘my’ Passat farmed out to a colleague for a few weeks, I’ve been clocking up the kilometres in our new Toyota Prado for the first time. The Toyota Prado must be one of the most ubiquitous vehicles in the Middle East – next time you’re stopped at a traffic light in town, good money says there’ll be one within easy sight of you. But I’ve not driven the latest generation version of the car since it launched back in 2010. So what’s it like to live with one of the most popular vehicles on the region’s roads?

Well, it’s not been exactly exciting, but it has been entirely hassle-free and easy. Which I guess is why it does so well with customers. 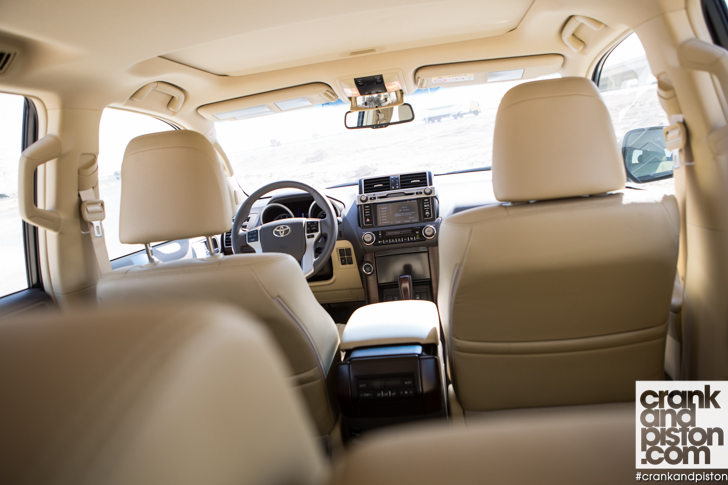 The 4-litre V6 engine is strong and judged really nicely – for general bumbling around it’s unobtrusive, quiet, with just enough power and torque to make for reasonable progress. On the few occasions where I’ve needed a burst of speed, however, the six-speed auto ‘box takes a short breath, changes down and harnesses all 267bhp –enough for a swift overtake or a blat away from the on-ramp.

Handling-wise – well, it’s a bit soggy in the suspension, which means cornering is best kept to a steady pace, lest things start to lean more than is comfortable and the first aid kit in the boot skitters from side-to-side. However, the pay-off is a cushion-like ride, dispatching even speed bumps with barely a whisper. 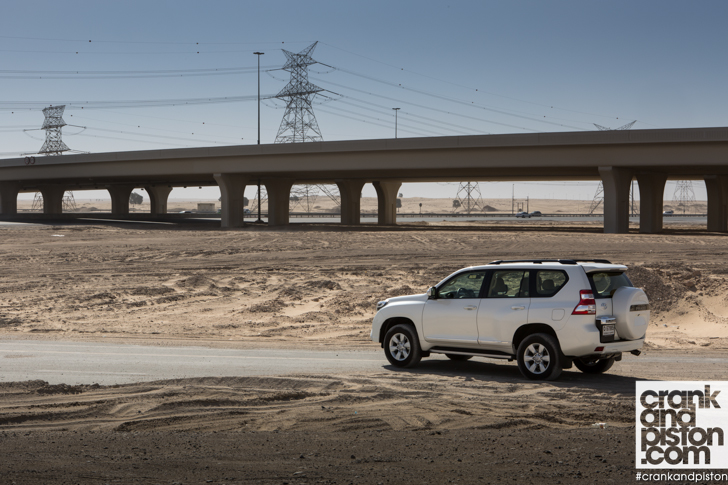 A tank of fuel has lasted me for the better part of two weeks; the reason for which became apparent on the morning I write this, when I filled the Prado up for the first time. With still around an eighth of a tank remaining, the bill at the pump was more than $60 – more than twice what I’d spend to refill our old Volkswagen Golf GTI from completely empty. The poor pump attendant must have thought I was about to hit him when he broke the news; my gob was well and truly smacked. Still, while it might be a bit of a shock to the wallet to have to fork out all that money in one go, it’s preferable to having to fill up more often. I much prefer splashing the cash and then forgetting about it  for a while.

Although there’s space for up to seven, I’ve not had any passengers at all during my couple of weeks with the Prado. Nor have I utilised the under-armrest fridge. I have, however, made full use of the stereo during my daily commute. The Bluetooth function is one of the fastest-acting I’ve seen, instantly taking over the audio from my phone from headphones to speaker upon ignition. That’s meant there’s been no interruption to my pre and post-work rock sessions. Which, let’s face it, is a very important consideration when buying a new SUV.