Interesting piece of motorsport trivia: forget your Alain Prosts, Aryton Sennas, Niki Laudas and even your Jim Clarks. Jo Siffert boasts the somewhat unorthodox claim of being the first Formula 1 driver to snag personal sponsorship from a watch company, following a deal with TAG Heuer in 1968. 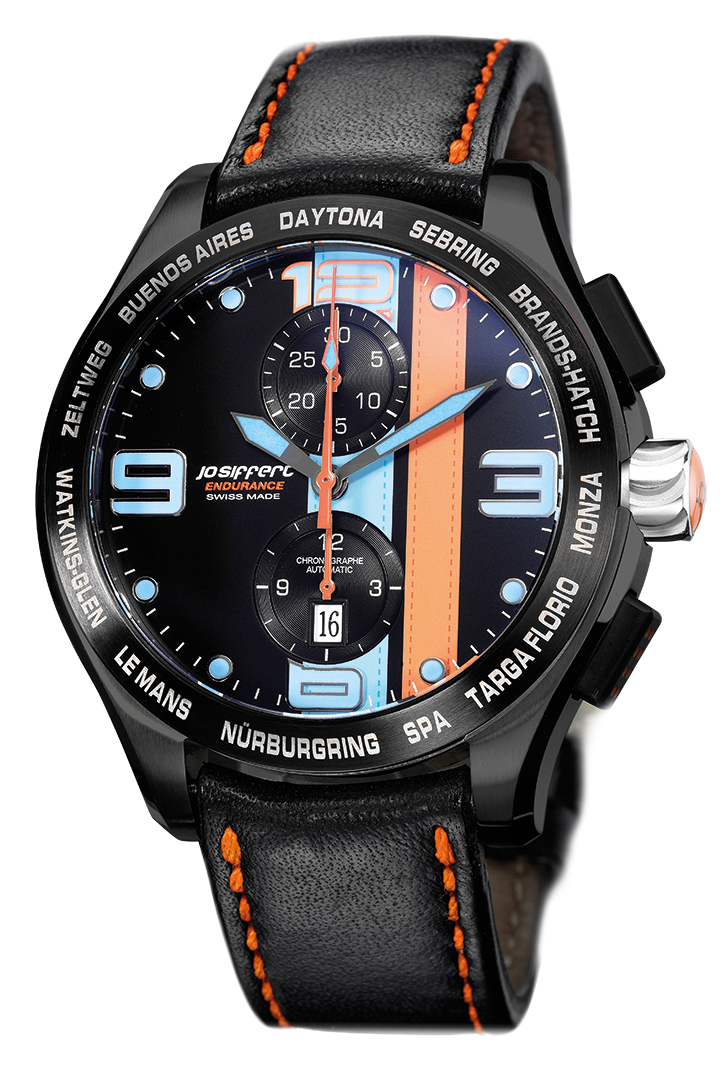 Though an F1 legend in his own right (having won the 1968 British Grand Prix and 1971 Austrian Grand Prix), Siffert’s true gift was showcased in sportscars. In the same year that he took his debut F1 victory with the Rob Walker Racing Team, the Swiss racer also won the 24 Hours of Daytona and the 12 Hours of Sebring with teammate Hans Hermann before writing history with the legendary Porsche 917 (in both the World Sportscar Championship and Can-Am) and the Porsche 908, with which Siffert won the 1970 Targa Florio.

Some 42 years later, Siffer’s legacy lives on through both the history books and certified horological collector’s items. This Jo Siffert Endurance piece for example – a tribute from Siffert’s son Philippe – boasts not only the Gulf Racing colours with which the 908 would become synonymous in the early 1970s but also the names of 11 different circuits across the globe on which Siffert reigned supreme. Yours for the princely sum of $3850.

Perhaps the most significant is Brand’s Hatch: that Siffert would die at the same circuit on which he took his maiden Grand Prix victory remains cruel irony.