Model revisions for 2019 deliver the Jaguar XE and XF 300 Sport, while the petrol V6 is dropped.

Jaguar has released two new special edition models, under a raft of 2019 model year updates, in the shape of the XE 300 Sport and XF 300 Sport. Both will sit below the range-topping R or SVR variants in their respective model ranges, following Jaguar’s decision to axe the supercharged 3-litre petrol V6 in the face of tougher emissions regulations.

The XE 300 Sport, priced at $64,015, is exclusively powered by a turbocharged 2-litre four-cylinder engine which pumps out 296bhp and 295lb ft of torque. Channeled to the four-wheel-drive system through an eight-speed automatic gearbox, 0-100kph is dealt with in 5.7sec and top speed stands at 250kph.

Whereas there’s a single specification option for the XE 300 Sport, the XF 300 Sport is offered in two bodytyles and with two engines, with prices starting from $66,225. That affords you the saloon with the same powertrain configuration as the XE 300 Sport, albeit performance takes a small hit due to the extra weight – top speed remains the same, however 0-100kph is up to 5.9sec. The benchmark time increases further if you opt for the heavier, but more practical, Sportbrake, which is priced at $69,030. 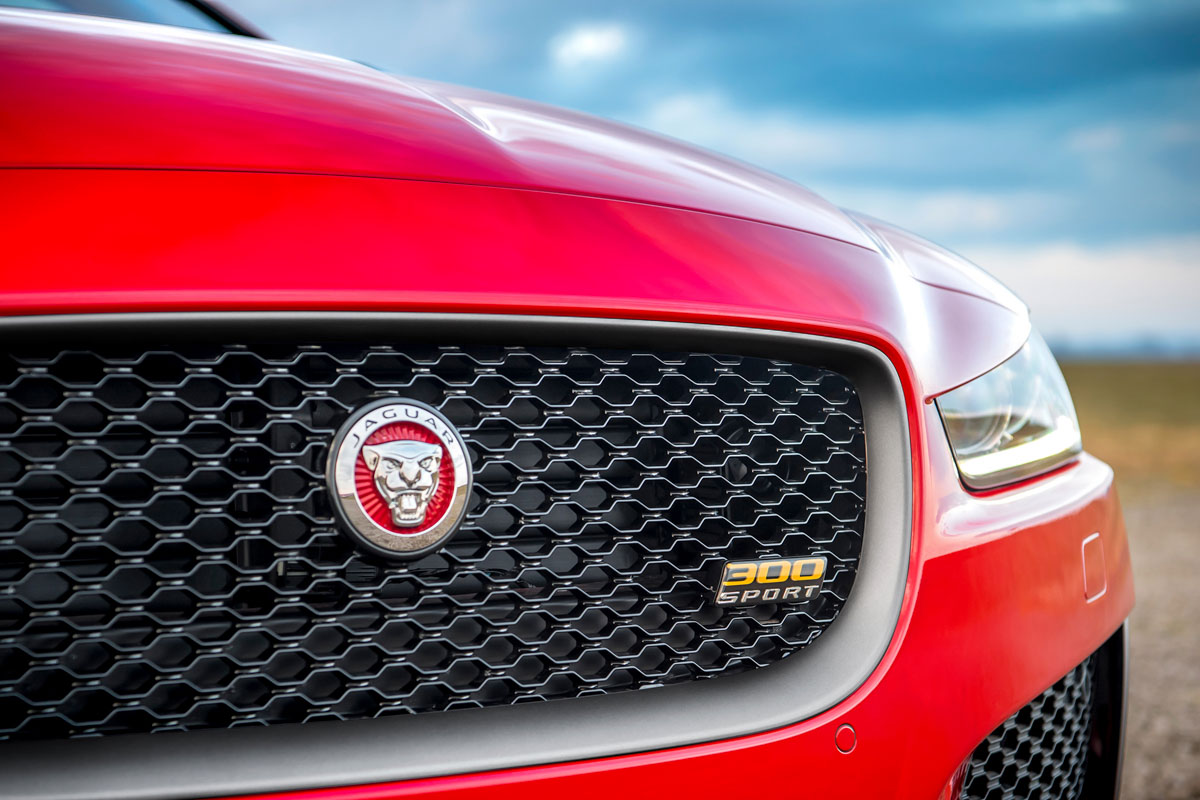 Those seeking more torque and a rear-drive chassis will look towards the $72,950 3-litre diesel TDV6 variant. Despite having 516ft lb of torque at its disposal, the sprint from 0 to 100kph takes a slower 6.4sec, likely a factor of the traction-limited, rear-drive layout – the power output is identical to the petrol. The Sportbrake body carries over to the diesel, again with a $2.8k premium.

The skin-deep changes will be supplemented by some superficial touches to mark out the special edition models. Satin grey exterior trim, 300 Sport badging and bespoke alloy wheels complete the 300 Sport ensemble. Three colours are available: Yulong White, Indus Silver and Santorini Black for the XF, while the XE is also offered in Caldera Red. Inside, there’s yellow stitching and 300 Sport-branded sills, mats and headrests.

The supercharged 3-litre petrol V6 is being phased out of the XE and XF line-ups with the order books closing in May 2018. With a small uptake for the sub-R and SVR models over their product lives, Jaguar saw little reason to continue with production in the face of tightening emissions standards brought in under the WLTP.