The Jaguar C-X17 emerges from its chrysalis as the F-PACE. 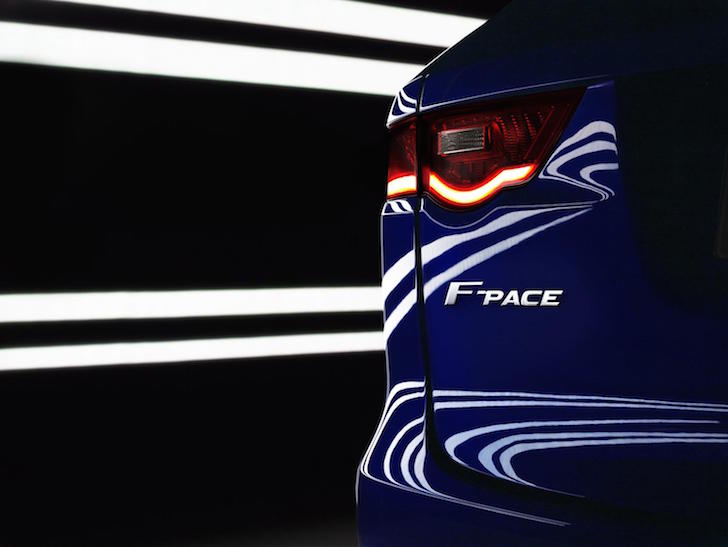 After years of rumours and a well-received concept car, Jaguar has finally revealed the name and the first teaser shot of its first production SUV, called the F-PACE.

Although the name sounds like someone trying to say ‘space’ after being punched in the mouth, the F-PACE certainly looks the part. Modelled after the C-X17 concept, it’s marketed as a five-seat performance crossover and a ‘family sports car’. With a platform built from Jaguar‘s aluminium-rich architecture and some fancy suspension, hopes are high that it’ll drive and handle like a Jag should.

Although the full specs haven’t yet been revealed, all-wheel drive and All-Surface Progress Control (as seen on the XE) are two systems we know the F-PACE will boast. Jaguar says it will ‘encapsulate everything that the company stands for: beautiful design, precise handling, a supple ride, luxurious interior finishes and cutting-edge technology’.

The F-PACE will be built at Jaguar’s plant in Solihull, England, and the company is creating 1300 more jobs at the plant as part of the project. The finished vehicle is due to go on sale in 2016.