Automotive designer Jonathan Ward gives us an inside peek into the ICON 4×4 brand and his latest creation, the ICON Chevy Thriftmaster truck. 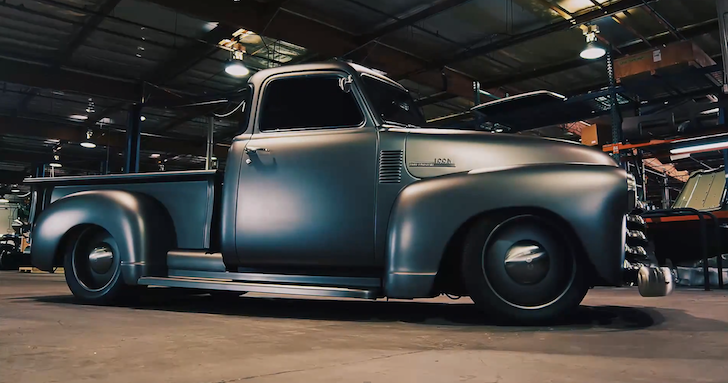 I’ve been following the work of designer Jonathan Ward for many years now although, granted, it was more to do with my interest in Japanese cars rather than Americana that first brought his work to my attention. Jonathan is head honcho of TLC – the United States leading Toyota Land Cruiser service centre – and builds some of the toughest Land Cruisers on the left side of the pond.

The ICON brand was born mainly from an idea to re-imagine the Toyota FJ40 Land Cruiser and combine the classic styling with modern performance. As the brand has expanded, so has the range of automobile tackled and this latest creation, the ICON Thriftmaster, takes it all to a whole new level.

My money would still go on an ICON FJ but if the combination of old school Americana looks and modern technology float your boat then the Thrifmaster will be right up your twisty Santa Susana Pass. I’ll also tag on a more in-depth vid from the man himself detailing the build.