In-between walking us through the brand new XF and the soon-to-be unveiled F-PACE, Jaguar Design Director Ian Callum spared a few minutes to walk us through his early fascination with car design, the spark that set him on the path to a successful career, and some of the most memorable Jaguars he’s worked on in the past. 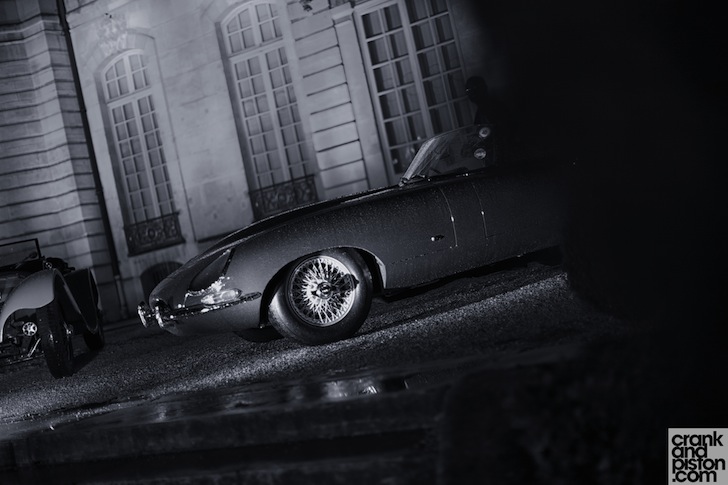 I actually started wanting to be a car designer when I was about 3 years old. As a young kid I was drawing stuff all the time. And I used to draw objects. Not people or animals, objects: TV sets, vacuum cleaners…actually I should have stuck to vacuum cleaners, there’s a lot of money in it!

I was just fascinated by mechanical things – love mechanical things – and soon I started to get a huge interest in cars (my grandfather really encouraged that). Then one day a Porsche 356 drove past the house. A silver coupe. Beautiful. It was like a flying saucer. There and then I just thought, ‘that’s what I want to do.’ I want to be a car designer. I just kept that interest going, and in 1968 when the XJ6 came out, that was when I decided I wanted to go work with Jaguar. I’d always liked Jags, but that was the moment I decided I really wanted to go and work with them. I actually wrote to the Vice Chairman at Jaguar – Bill Heynes – and he was amazingly supportive. 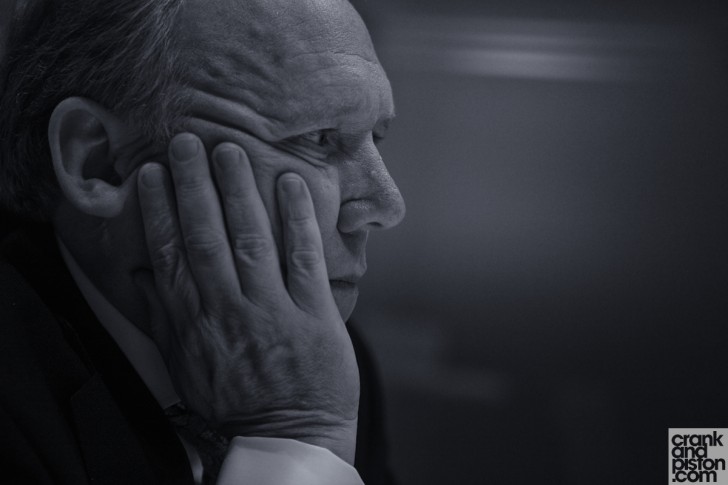 Subsequently that enthusiasm faded because the brand wasn’t that successful, so I went to Ford in 1979. It wasn’t that I’d lost interest in Jaguar, I was just felt very frustrated and sorry for the brand. It had lost its way. So I was with Ford until 1990, and after that spent time with TWR until 1999 when along came this opportunity to succeed Geoff Lawson at Jaguar. I just thought, here is my opportunity to fix the brand.

Having laid the foundations for the Aston Martin DB9 during the British marque’s tenure under the Ford Motor Company umbrella, Ian’s first design influences came to the light with the R-Coupe and R-D6 concepts in 2001 and 2003 respectively. Momentum would begin to pick up in 2004 though when Ian worked closely on the facelifted S-Type and the X-Type Estate, the first production Jaguars to bear his stamp. In 2006, in an effort to direct the brand away from the previously retro – and slow-selling – Lawson-era, Jaguar and Ian debuted the brand new XK, which reflected not only a vibrant, modern look as well as similarities to the Aston Martin DB9. Regardless, he new design direction was a hit, and has since led to some truly memorable models.

Sadly the XK has been out of production, which saddened me because it was one of our favourite cars. The issue is that the world market on that type of car is very small at the moment, and until that market increases we don’t have a plan to replace it.

Now this I’m very proud of. As a piece of attractive design, it’s probably the most dramatic of any I’ve been involved with, absolutely.

I’ve actually been asked a few times by fans and journalists if I’d be interested in designing a four-door version, and I would love to do that. We look at everything. But what we produce in the studio as an opportunity is different to what comes through in reality. I mean, we’ve already drawn a couple of four-door F-TYPES, which actually don’t look that great. It starts to look too long with four doors and we’d need to put some serious time and effort behind a project like that. We can only do so much at a time.

When I started at Jaguar, we did one car at a time, and even then there was still space to breathe before the next one. In the last three years, I’ve been doing three cars at a time. Three. That’s a lot of work. So we have got a lot of ideas but first of all we’ve got to get the portfolio solid and right. We have to get the foundations sorted. We have to get the main range of cars in place, and I think when we get the crossover out – the F-PACE – then Jaguar will have a really strong family. Only then can we start investigating where to take these peripheral categories, like a four-door F-TYPE. 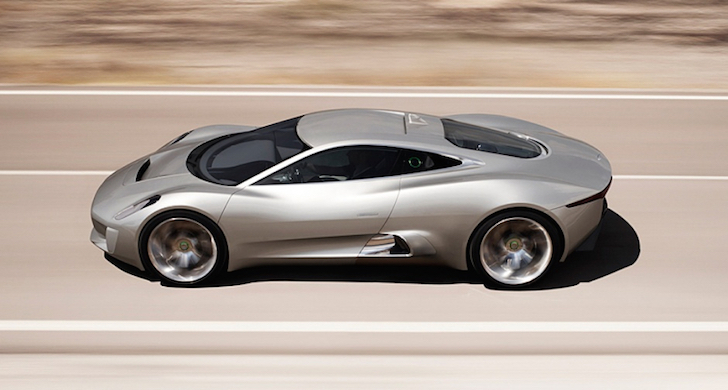 If you ask me what my favourite car is that didn’t make production, it’s this one!

This was a beautiful car, but surreal! I only drove it in electric mode, up to 195kph I think it was. Strange, strange feeling but very quick. Shortly after that I got driven in it by our test driver, so obviously he went even quicker. We got 0-100kph in 2.7 seconds or something, so it was very fast. The thing that struck me about it was the ease of driving. With a lot of supercars, it’s quite difficult to drive them comfortably. But this thing was so easy to drive, and the visibility was just beautiful. You could really point it.

The problem we had was the timing. It just wasn’t right. I think if we started now it would be a different story, and we’d be looking to take on the Porsche 918 Spyder and the BMW i8, and all those. But at that time – must be five years ago now – that wasn’t the case. So yes, I was very disappointed that we never managed to get the green light on that one.

Previous ArticleShanghai ’15. Hyper hatchback. 493bhp Peugeot 308 R HYbrid
Next Article Back to the past. Rebuilding the DeLorean. XCAR