crankandpiston.com has waited three years for a go in Hyundai’s pocket rocket. But has it been worth it? 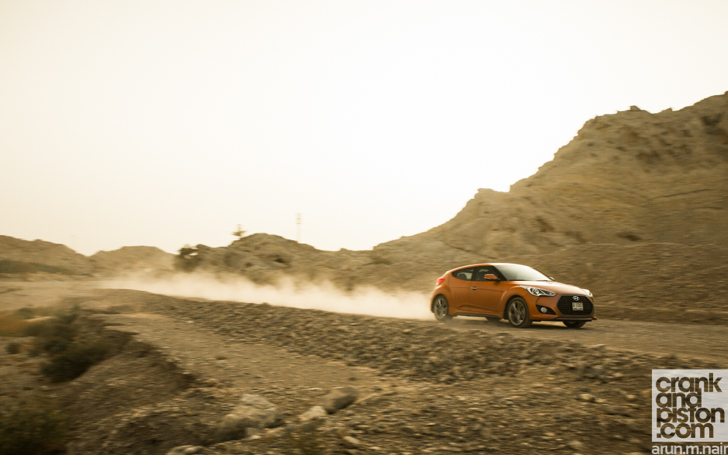 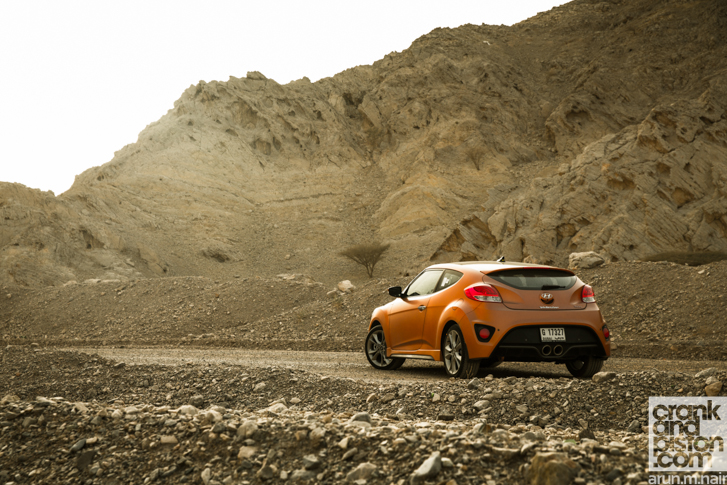 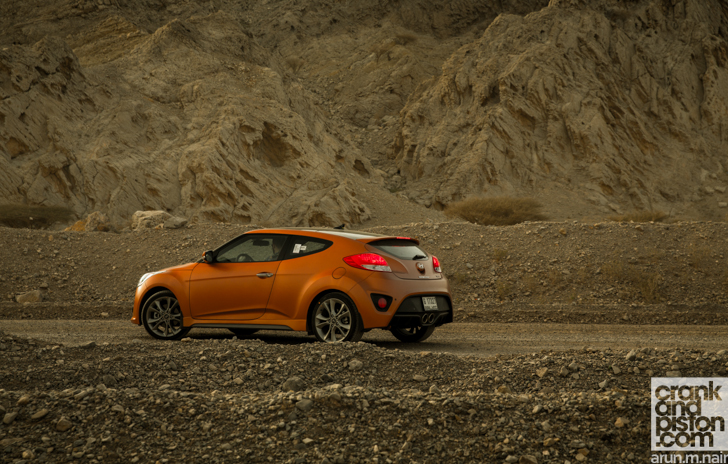 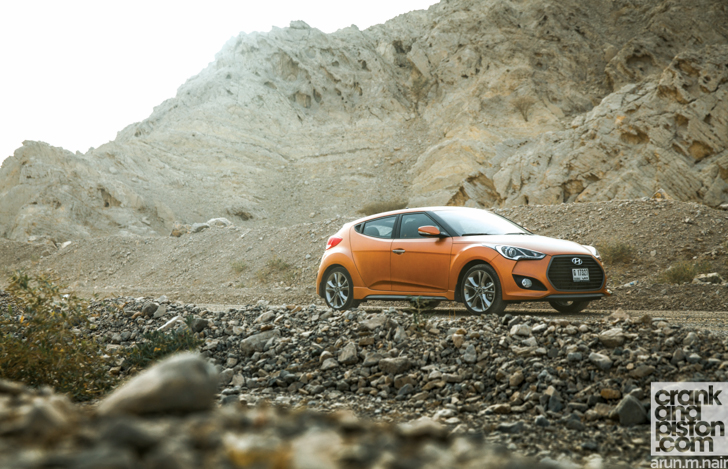 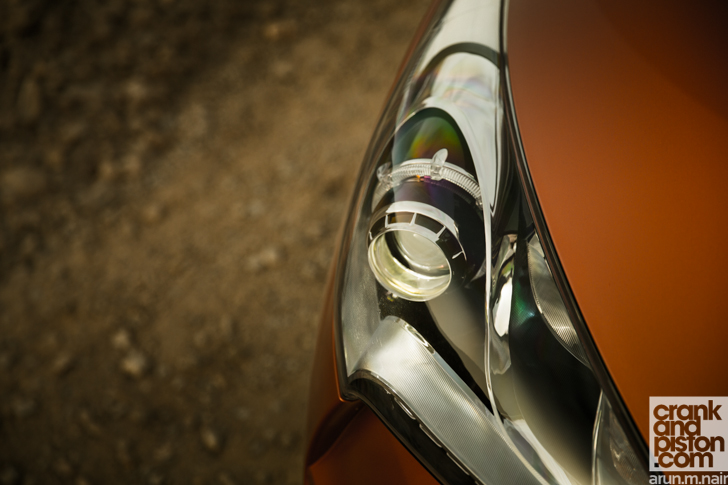 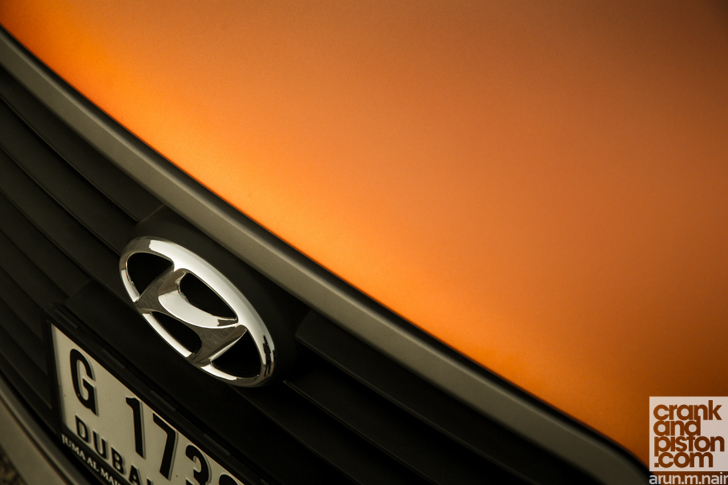 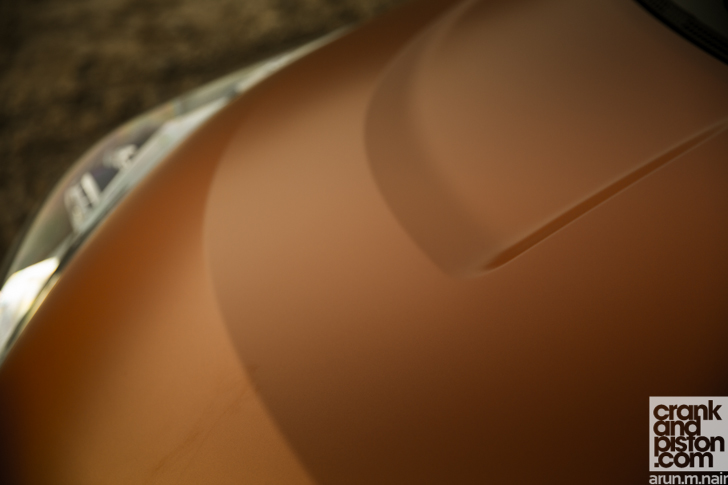 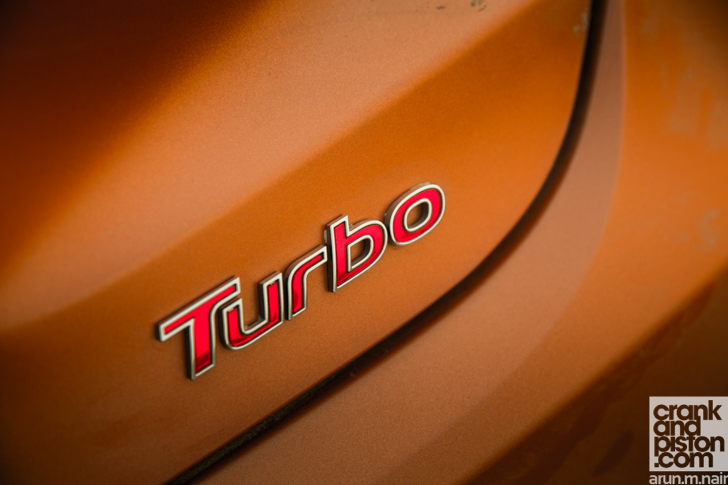 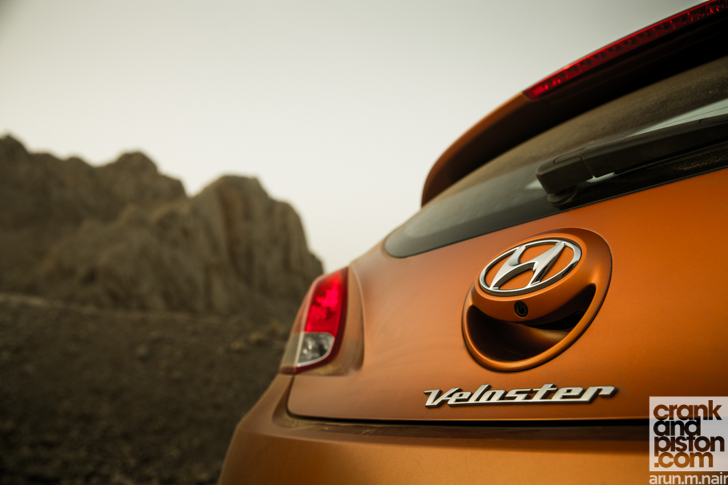 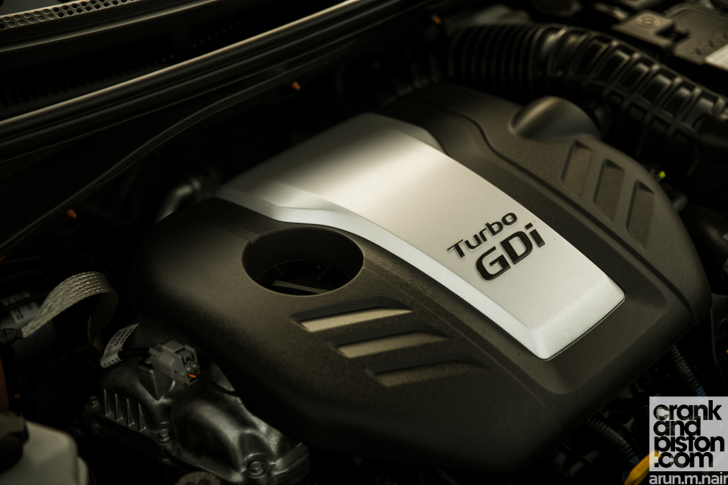 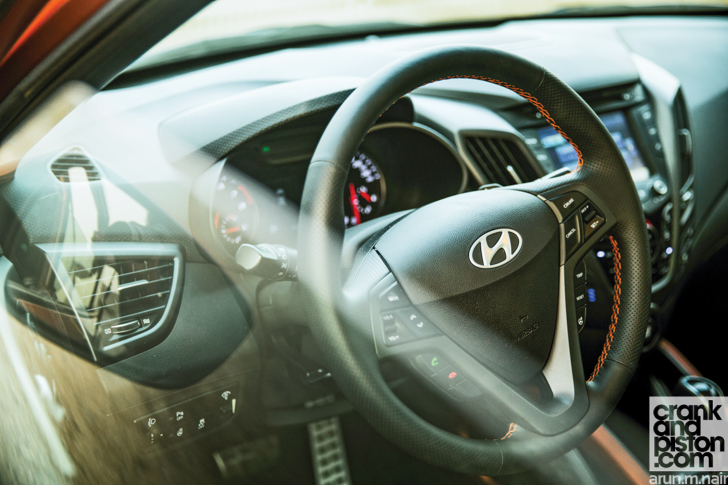 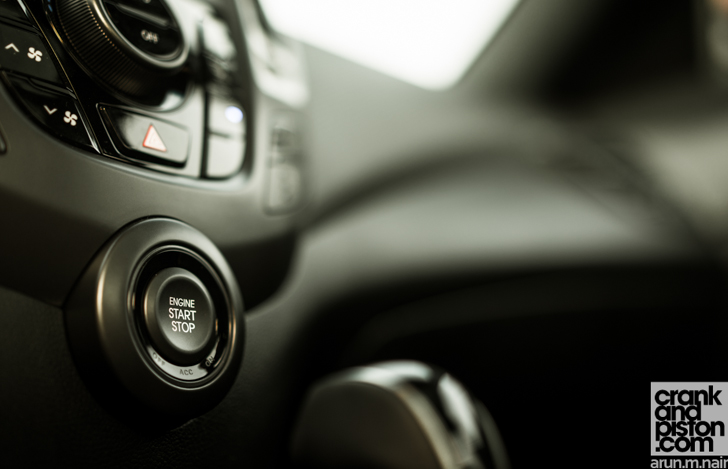 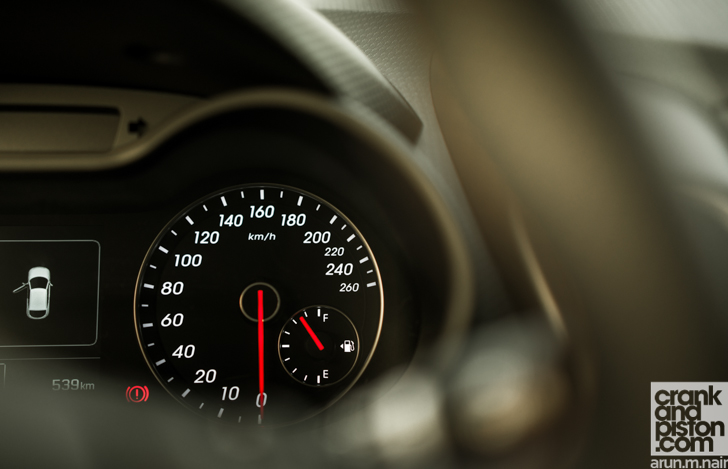 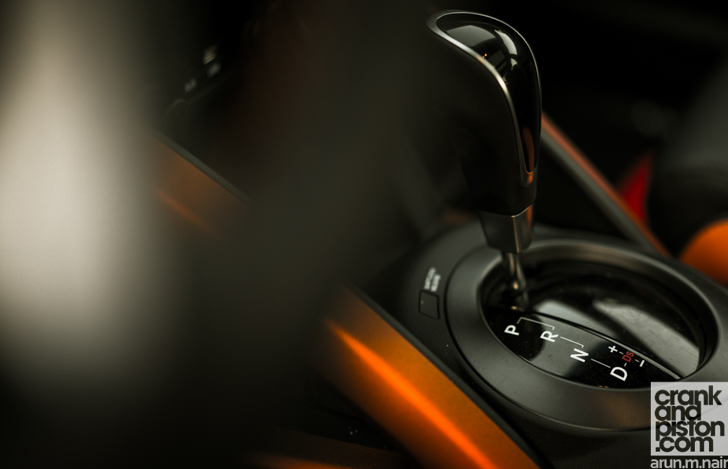 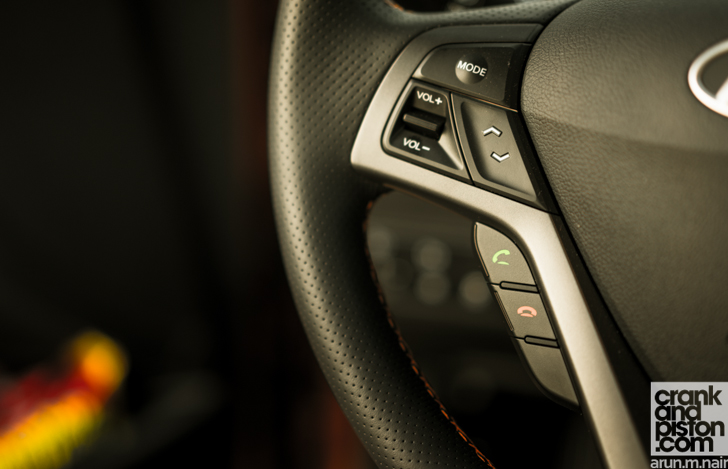 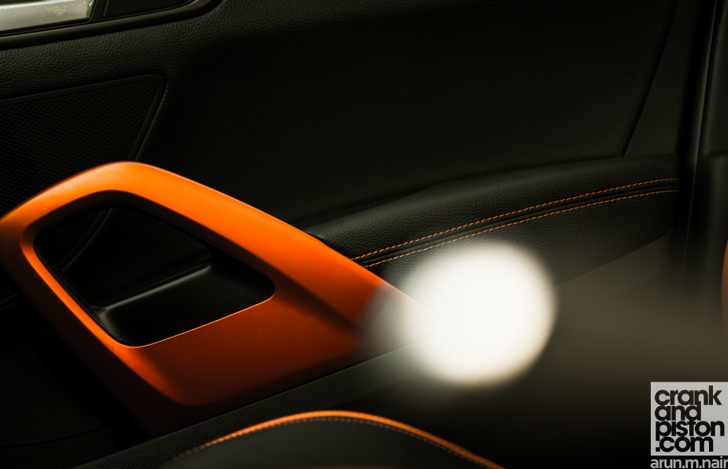 It must have been about this time three years ago that I saw the Veloster for the first time. And it was love at first sight: the muscular lines; the aggressive face; the vibrant orange; the wheel arches; the ridiculous disposition of the doors. Everything fit in such a way that I started self-justifying my next toy. However, having made its debut at the 2013 Dubai Motor Show, Hyundai withheld the release of the Turbo to just last month, preferring instead to conduct more research into the mountains of Lebanon, the traffic of Amman and the sands of Saudi to make sure the Middle East got the right specs. Better safe than sorry I guess…. 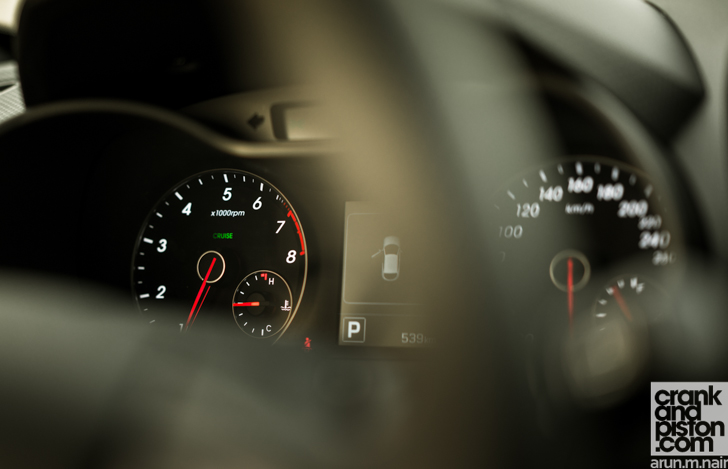 Oblivious to how out of place a middle-aged man looks in the candy store version of affordable cars, I actually feel at home in the cockpit, the ‘new’ Turbo offering comfortable seats that provide outstanding lateral support and more than sufficient headroom (don’t concern yourself with the rear seats though unless you’re particularly short or have a very flexible neck). Similarly the driving position is well developed. Access to every control is quite ergonomic – each of which is very intuitive – and information on the dashboard is very user-friendly. Well, apart from the clock, which is on the infotainment touchscreen until you enter the map or navigation features, at which point it disappears: you’ll either know where you’re going or what time you’ll get there, but not both. 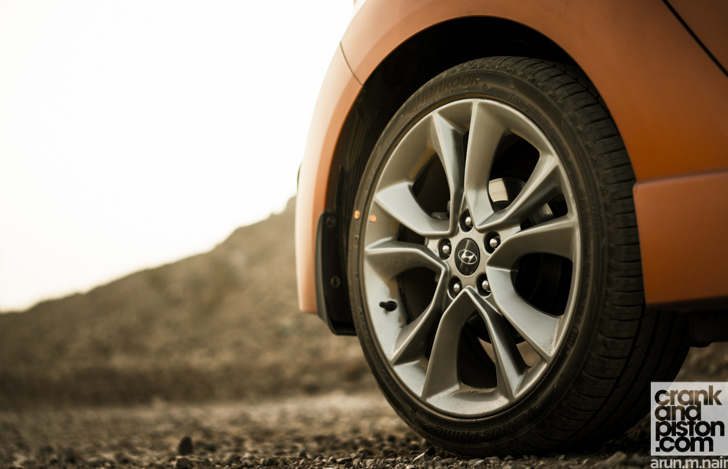 Does that new ‘Turbo’ badge live up to the name?

Our test model today comes equipped with a 1.6-litre turbocharged four-cylinder, which delivers 201bhp and 195lb ft of torque and is mated with a seven-speed double-clutch automatic. Off the line, the throttle needs a decisive push to get going (torque is sluggish in the lower revs). Once you hit 2500rpm though, the turbo starts spinning and you have to reign in wheelspin. You can counter this by selecting Manual/Sport transmission, but then everything becomes jerky, edgy and uncomfortable.

Keep the revs above 3000rpm and the Turbo will delight you with very accurate and flat cornering, brisk gear changes and a respectable 0.9g of lateral acceleration. The chassis feels rigid enough and the stabilizer bars prevent major body roll. Yes, there are signs of understeer when you try to violate the laws of physics, and even though the steering is quick and precise, feedback could be improved.

Special credit though must go to the suspension: running 225/40 on R18 tyres makes the car very comfortable for day-to-day speed-bump city cruising, yet not at the expense of sportiness. Another highlight is the brakes. With just the perfect bias towards the front they do a great job without drama. 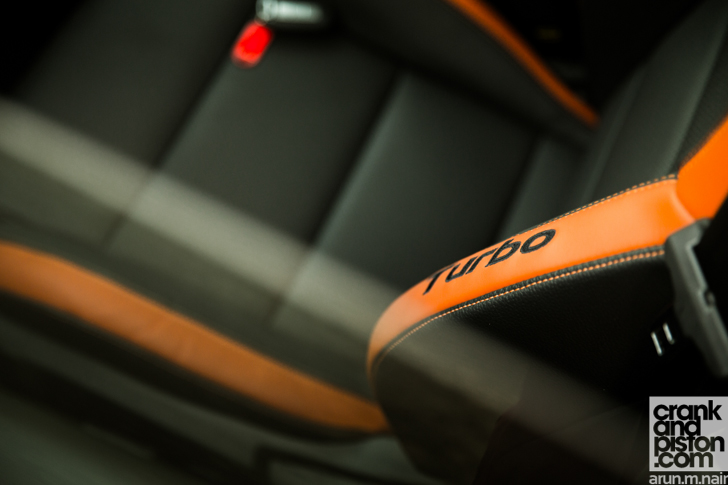 Could you live with it on a day-to-day basis?

Having determined that this Hyundai is a fun car to drive, it is also a fun car with which to live. It has pretty much every gadget you can imagine on a car of this segment. From heated steering to ventilated seats, Bluetooth audio, telephone connection, AUX and USB, parking sensors, rear camera and metal trimmed pedals. The interior fitting is quite good too, but it does not smell of quality, and I fear that in a few months there will be several panels rattling, vibrating and creaking.

All in all a cool little car though, albeit one with limited steering feel, sluggish (and/or ferocious) pick-up, questionable practicality, and interior quality that could hurt your wallet further down the line. But if you dig the looks and the character, it might be worth investing. Especially if, like me, you’ve been waiting three years for a go in one.