Porsche releases a slightly cheesy but still snazzy video of its forthcoming mini-Cayenne, the Macan, featuring it carving up the desert in Dubai. 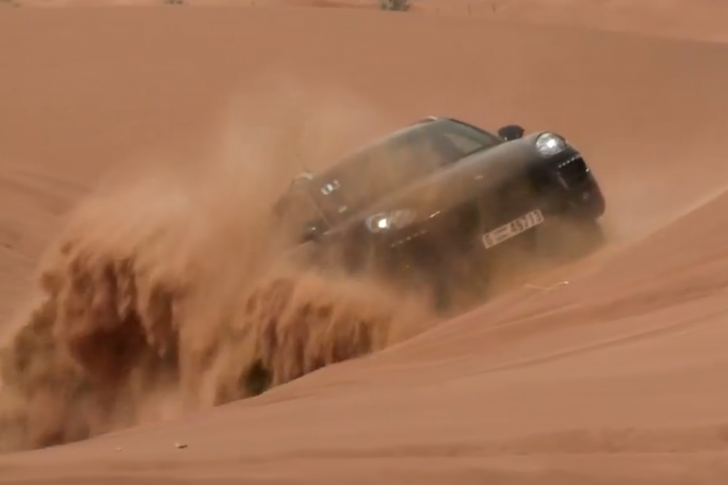 A lot of the bile spouted by purists when Porsche revealed its first SUV, the Cayenne, has now dried up. It’s become a huge seller, so much so that Porsche has decided to release another SUV, the smaller Macan. This crossover SUV is nearly upon us, and Porsche has kicked off the marketing campaign with this video.

It’s a bit cheesy – all dramatic music and highlights from Porsche‘s illustrious history – but we’ll never say no to watching footage from Le Mans in the 70s. Although quite how strong the link is from the likes of the 917 to the Macan, we’re not sure.

Still, the Macan is coming, it’s likely to be a hit, and the video suggests it can go off-road as well, apparently in the UAE judging by the number plate. So, prepare yourselves. The Macan is coming.